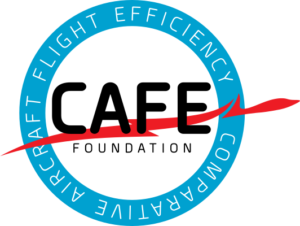 The last six speakers closed out the afternoon session with aircraft, regulations, and ways to manage all the new traffic.

Dr. Moore started with an overview of all the unused Los Angeles helipads, required by law on every new high rise since 1974 until eliminated by Mayor Eric Garcetti in 2014. Most were not being used, and part of their original purpose – to allow life-saving drop-ins by Fire Department helicopters – seems reasonable even today. Moore asked what if we really tried to use these rooftops?

He explained that Silicon Valley, with high incomes and high housing costs, is terrain challenged by water, mountains, with a congested transportation network that doesn’t always provide swift commutes. It has the top 3 metro areas with the most one-way commutes greater than 90-minutes. 1.2 percent “enjoy” 100-mile, one-way commutes, with 22 mph average speeds at peak travel times.

Dr. Moore feels the solution is large numbers of VTOL craft, combining on-demand ground and air transportation – kind of an Uber/Air Taxi alliance. To alleviate the land use involved with airports, he suggests using cloverfleafs on freeways for landing areas. They are already noisy, and with an -average diameter of 230 feet, would enable craft to avoid overflight at less than 500 feet. They would cost little and provide, just in the Silicon Valley area, 200 potential cloverleaf-based helipads. Such pads could even fit on sites like the Google Campus.

He also suggested urban barges, anchored along 18 miles of the San Francisco urban area, allowing 50 potential public helipads with direct road access and no infringement on private property. His presentation can be found here: http://www.nianet.org/ODM/ODM%20Tuesday%20presentations%20Final/23%20Moore%20NASA%20Silicon%20Valley%20Study.pdf

As your reporter heard repeatedly at two symposia, the convergence of distributed electric propulsion and autonomy makes such visions possible in the next 10 years.

Ruf and Reuter commented throughout a 10-minute video of Volocopter VC200, with the theme that the world urgently needs innovation in urban mobility. A show of hands indicated the majority of this specialized audience had used Uber in the last several months. That ties in neatly with the vision Mark Moore has for launching VTOLs from freeway cloverleafs.

The Volocopter has redundancy in every critical component, allowing for automatic attitude, altitude and position holding – the last essential to a smooth letdown and landing. Further advanced drone features can be implemented quickly, either through software enhancements or hardware additions on the bus. The machine can perform auto GPS waypoint tracking and has sense and avoid features to keep Volocopter safe from not-so-smart machines.

After the VC200 receives type certification, flight schools can begin training by 2018. Different versions will build from the hardware and software on the VC200 and take forms as ultralights, air shuttles and personal air transport vehicles – all by 2020 if all continues to go well for e-volo. As with other aerial electrics limited by battery range, e-volo products may be offered in hybrid form.

Dr. Kopardeckar traced modern air traffic control to a collision that took place between a United Airlines DC-7 and a TWA Constellation over the Grand Canyon in 1956. The loss of 128 people shocked the public and led to enhanced regulations.

Today’s Unmanned Aerial System Traffic Management System (UTM) seeks ways to research the goals and characteristics for a workable system, done by building a little and testing a little to make progress. This construct is consistent with FAA’s risk-based strategy, with the research platform used for simulations and tests, and researchers seeking paths toward scalability. All this needs integration into existing systems, with flexibility where possible and structure where needed – a common theme in the Symposium.

Only authenticated users and UAS are allowed in the airspace, with UAS’s staying clear of one another, and manned aircraft staying clear with complete awareness of everything else in relevant airspace. Defined roles for UAS operations, air navigation service providers (ANSP) and UTM are necessary, with no anonymous flying. Dr. Kopardeckar talked about integration of and collaboration among users being essential to this new control enterprise.

More on this effort can be found here: http://utm.arc.nasa.gov/index.shtml

Flykart is a flying go-cart proof of concept (POC) vehicle, drawing from both principal’s experience with multi-rotor machines. They wanted something transportable, simple, quieter than a lawn mower at 100 feet, and costing under $20,000. They built the machine in one week, during the two weeks between Joshua’s presentation at the Sustainable Aircraft Symposium and the CAFE event.

They used off-the-shelf Alien outrunner motors drawing 66 Volts from an 18S, 7 kW battery pack. Each motor cost $175 dollars and was coupled to a $300 speed controller. Batteries cost $150 per kilowatt-hour.

All components are attached to an aluminum and steel tube, crash-tolerant framework that meets Part 23 rules and landing gear that meets Part 27. Flight controls are off-the-shelf Hall-effect control sticks, and guidance is aided by triple-redundant COTS autopilots. A ballistic ‘chute lets it all down easy if things go totally awry.

Gunnarson, formerly with the FAA, traced early air regulations back to the 1905 Aero Club of America, the 1926 Air Commerce Act, and the beginnings of aircraft certification – all leading to the 1958 Federal Aviation Act, parts 23 and 27 – rules still mostly in effect.

He noted that rules change because of safety concerns, but the average time to get through the certification process is seven to 10 years. We need options to overcome this lag in progress, possibly including the Nation Technology Transfer Act of 1995 and things like consensus standards that were used to speed up Light Sport Aircraft certification. He explained the Lange Antares type certificate in 2006 resulted from American acceptance of European certification.

Multicopter rules have been used for e-volo to allow flight under current regulations, although this is still open for consideration. To make certification adaptable to the high levels of computing power, research and certifications tools, and affordable and practical approaches, we need to develop methods of compliance with recommendations for more adaptable systems. New rules should be ready by the end of 2016.

We’ve already started certification of small UAS’s under 55 pounds for commercial use, but the software involved is outside traditional norms for aviation. As we see more mixed-category aircraft coming on the scene, including self-driving cars that convert to flying machines, certification will become more difficult. Pilot and mechanic certification will stretch to accommodate new technologies.

Dr. Moore discussed the 10-year, $4 billion New Aviation Horizons Initiative, which includes the LEAPTech wing and its application to the SCEPTOR X-Plane flight demonstrator. A demonstration of distributed electric power across 18 small propeller on a new wing system, SCEPTOR spreads 220 kilowatts (294 horsepower) into 16-hp electric motors. Its wing loading of 45 pounds per square foot require a coefficient of lift of 6 to achieve reasonable stall speeds and short takeoff and landing distances, similar to those of the original Tecnam twin on which it’s based.

Reducing wing area decreases friction drag, and allows cruise at a high lift coefficient. Folding inboard props with low tip speeds blow air over the entire span and increase the effectiveness of the wing and flaps. Wingtip props take advantage of wingtip vortices. They would be of no benefit with low induced drag, but need to recover vortex energy. A 150 knot cruise at high Cl provides lots of vortex energy, and the faster SCEPTOR flies the better the energy recovery. SCEPTOR could see 220 knots at 30,000 feet.

SCEPTOR will use five times less energy than the original Tecnam, while electric motors give 92-percent efficiency compared to the original twin’s ICE’s 28 percent. Synergistic integration of all aerodynamic and power elements could result in a 1.5 times efficiency benefit.

Dr. Moore sees this as the beginning of a 30-50 year propulsion revolution about being able to apply scale-free technology to fundamentally change how we design aircraft. He feels synergistic integration of DEP will transform aircraft.

Both the Sustainable Aviation Symposium and the Electric Aircraft Symposium presented challenging outlooks and a great deal about which to be optimistic for aviation’s future. There are more than enough new areas to explore for experimenters.

Those Wright Brothers are at it Again