I’ve come across a near-zero-effort way to remove the protective blue plastic film from large sheets of aluminum, although it takes some patience and perhaps planning your workflow in a certain way.

Pull the blue film back a few inches from one edge, and clamp the sheet to something vertical. Then put a few small 6-inch clamps on the film, and then…do nothing!

Go work on something else. Deburr some other parts, rivet a different assembly, or take care of any other task. In the meantime, the film will remove itself. The film on the elevator skin pictured here peeled away in about 6 hours. Photo 1 and 2 were taken about 2 to 3 hours apart.

It’s surprising how, over time, only 4 to 6 ounces of weight really move the film along. When the clamps hit the ground, just move them up to the middle and then come back later. On the horizontal stab skins, it took a day, but they peeled themselves, all with just three 1.5-ounce clamps and nearly zero effort by me.

I can’t speak to the properties of film left on a sheet for years, but so far this has worked like a piece of cake on fairly new metal/film, with no risk of bending anything. 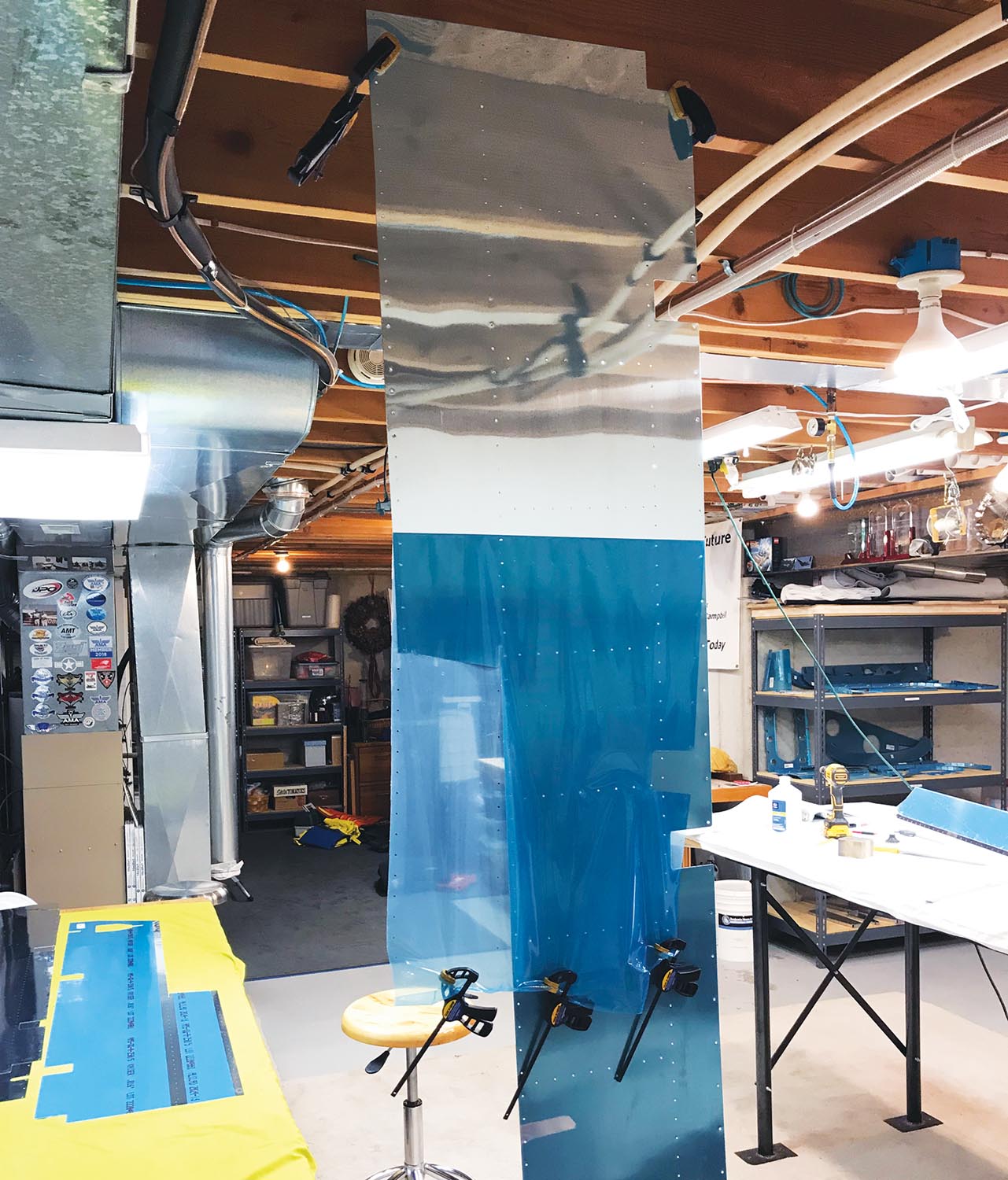 Have a shop tip of your own? Send us an email at editorial@kitplanes.com.

The Nut Under the Cam Gear