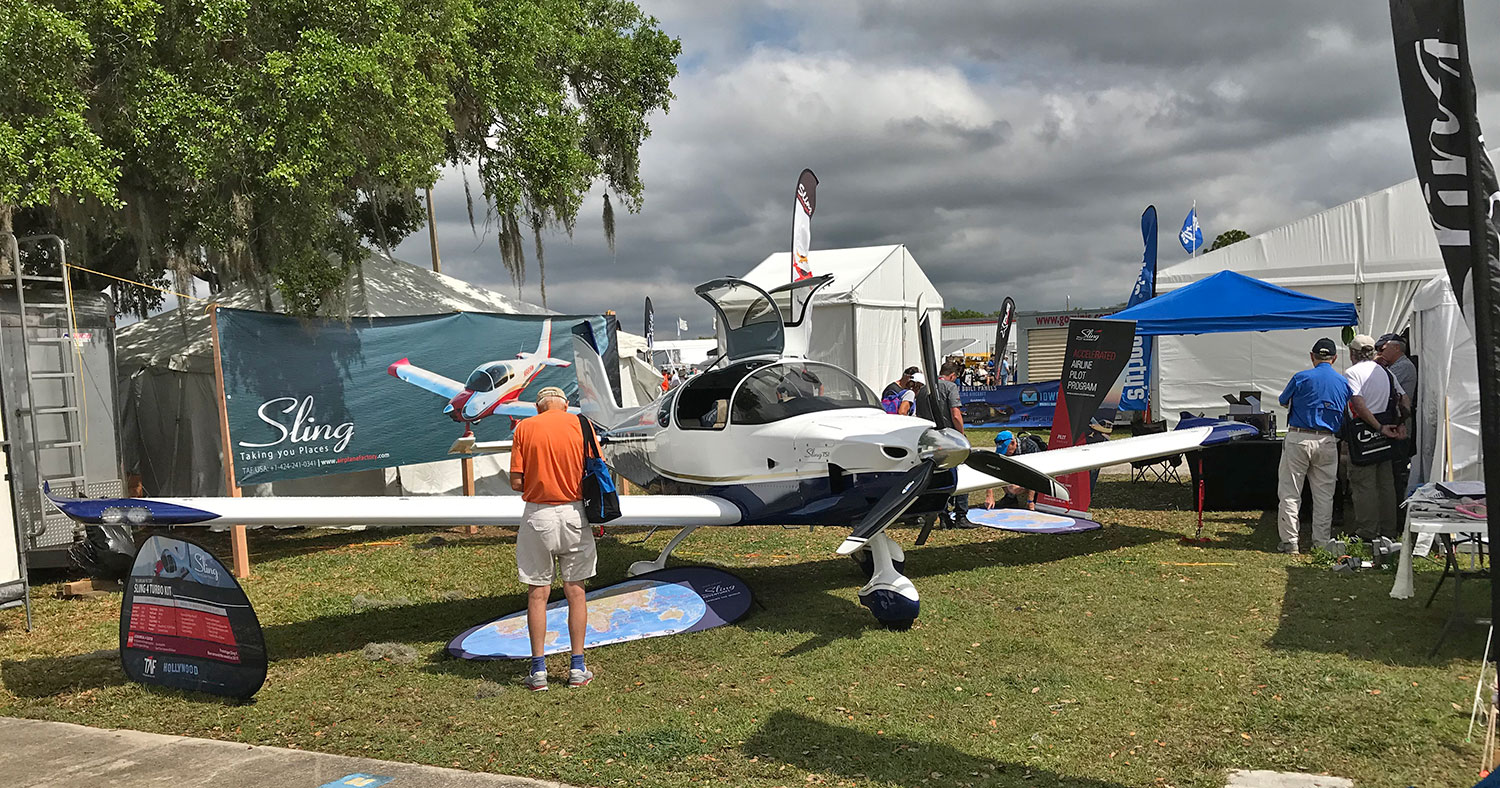 When last we saw the Sling TSi four-seat cruiser, it was in the mountains outside Las Angeles, in California. This week, it showed up in Lakeland, Florida, after a 13 hour non-stop flight from those sunny climes to these warm shores. The pilots reported that they cruised all the way to the gulf coast at 17,500′, sipping less than 6 gallons per hour. Eventually, they hit weather somewhere just past New Orleans, and descended to stay below the clouds, setting out over the Gulf for some of the way to the west coast of Florida.

There was discussion over fuel flow and gas remaining, and if a diversion was going to be necessary, but the remarkable fuel consumption of the Rotax 915iS gave them confidence when the numbers showed they’d reach Sun ‘n Fun with over an hour and a half of petrol still in the tanks, so they pressed on, arriving in time to set up for opening day to show off the latest of the Slings.

You can read more about the Sling TSi in the April 2019 issue of Kitplanes Magazine!

Watch the video by AVweb and Marc Cook:

Amy Laboda - November 7, 2010
0
Two German globetrotters are flying their Vans RV-7 around the world to promote aviation. By Amy Laboda.