We take it for granted that all we have to do to get the aircraft kit of our dreams is to write a big check and then sit back to wait for delivery. Not always.

In 2005, Paul Kuntz searched the air show grounds of AirVenture, looking for the perfect kit aircraft to scratch that itch to build something amazing. On the last day of the show, he found what he was looking for, an innovative motor glider from Slovenia called the Pipistrel (it means Bat in Slovenian) Sinus (pronounced Sin – us, not sine-us). The only problem was that the Pipistrel officials informed Paul that they only offered the Sinus in fully completed LSA form. No kit was available. Paul, being a Boeing engineer, simply saw this unavailability as a problem that needed a solution. He set about to solve that problem.

Within a few months, Paul booked a European vacation and while visiting Venice with his wife, he “discovered” that the Pipistrel factory in Slovenia was only a 45 minute drive from the Grand Canal. Arriving at the factory, Paul was quite impressed by the sophisticated engineering systems the company had in place. He began working on the company officials, telling them that they needed to sell the Sinus as a kit in the U.S. After much cajoling, and with the support of an importer, Pipistrel officials finally relented. They boxed up all of their component parts, put together some drawings and simplified construction instructions, and shipped the whole package to Paul in Sequim, Washington, outside of Seattle. 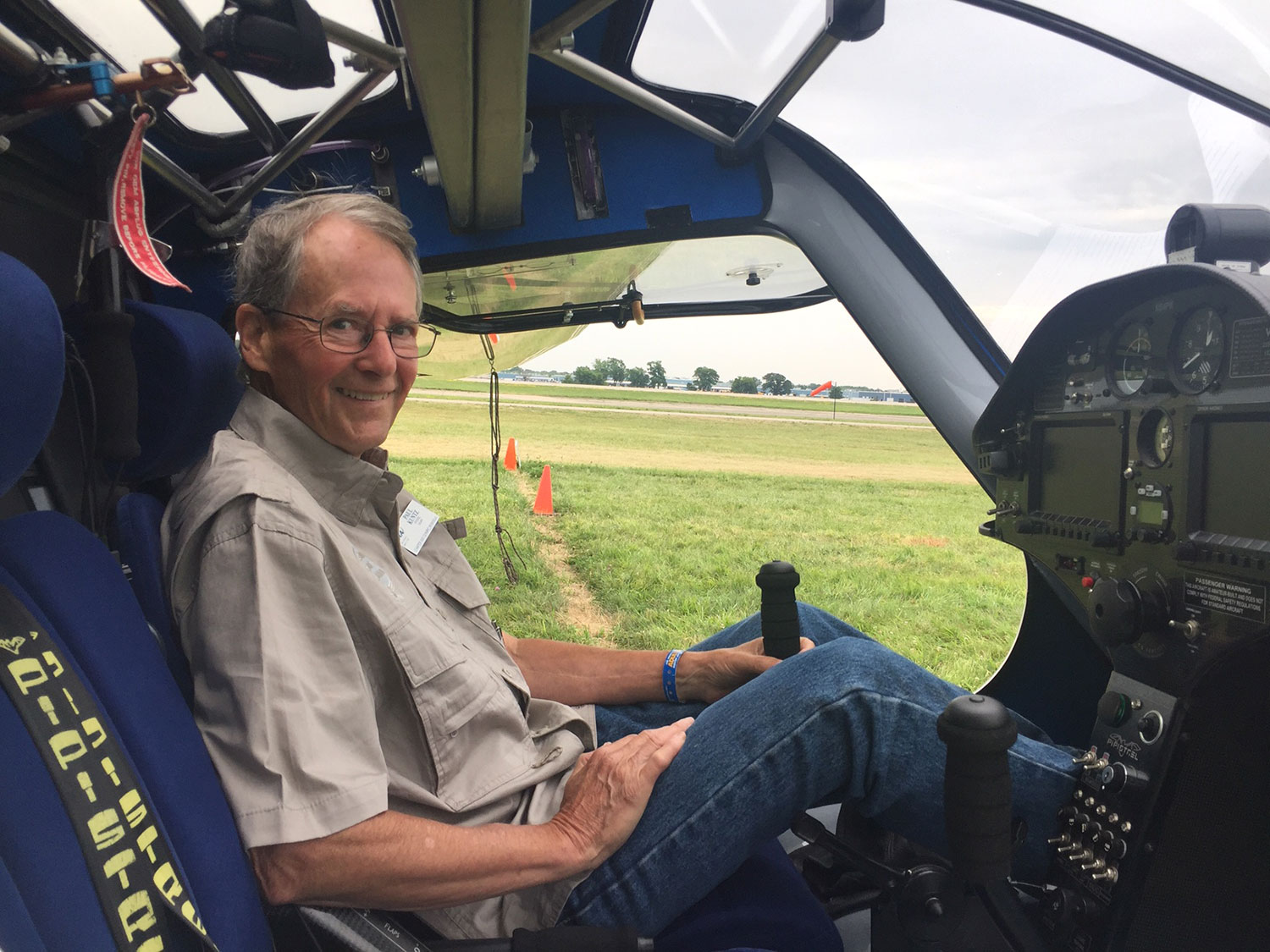 Paul was blown away at the completeness of the kit. It had every—and we do mean every—component necessary to build a flyable plane, including the interior, engine (including oil and coolant) fully adjustable and feathering prop, interior paint (no exterior paint was necessary because the whole structure is gel-coated) and even the decals. Paul called the Seattle FAA MIDO. They checked out the kit and gave it their 51% seal of approval. Construction started.

Paul swears that very little fabrication was necessary and that his entire construction time (with only rudimentary plans) was less than 750 hours. The fuselage came complete, with bulkheads installed. Likewise the wings already had all the ribs installed. Paul notes that there was only a small amount of epoxy bonding necessary to complete the kit.

After completing his Sinus, Paul gave a substantial amount of feedback to Pipistrel. They have used that feedback to devise a much improved set of plans and instructions that rivals the major kit companies. Paul is ecstatic with the performance of his little motor glider. With its Rotax 912UL engine, the Sinus cruises at 118 knots with the engine running, and has a 30:1 LD ratio when the engine is shut off and the prop is fully feathered. Best of all, it sips 3.5 gallons per hour with the engine running and, you guessed it, 0 gallons per hour when he is gliding. Since the tanks hold 26 gallons, Paul has an 8 hour endurance, with reserve.

Coming to AirVenture in kit number one was a family adventure for Paul. He flew to the show from his home in Washington with his daughter, Caroline. After the show, he is flying home with his son, J.P. His family is understandably proud of Paul. Home builders in America are understandably thankful for his foresight and perseverance.

EAA to Give Free Admission to Youth at AirVenture

Notes From the Heartland

If the Broom Fits

Barnaby Wainfan - May 16, 2012
0
Certain situations and configurations just call out for a ducted-fan installation. Barnaby Wainfan explains the benefits and drawbacks.