Heres my quick disclaimer: I didn’t assemble this beast, and my name is not on the data plate, but I did watch it come together day after day. In quiet moments Id wander into the hangar and marvel at the cables, noting how they are routed-the servos for the trim system and the autopilot, and their connections. I studied, and I am still studying manuals and discussing how the electronics and avionics on this all-electric machine work.

Many of my questions are posed straight to the source, the people who invented the black boxes. That changes the depth of our discourse considerably. I wont tolerate an unreadable manual or one thats hopelessly out of date. (With a 28-day software update cycle, some of these manuals have no relevance to how their boxes actually work today.) Getting to know the people who build and install these systems demystifies much and is sometimes the missing link to really knowing how to operate them. Ive been turned on to secret FTP sites, handwritten developers notes and other niceties that are essential for timely updates. Whatever works to help me understand. In the air, in the soup, is no place to start learning your systems. But I digress.

In recent months Ive spent time holding screws so they wont turn while the nuts are tightened on the other side of the firewall, pulling wiring under the seats and alongside panels to the remote-mounted battery and ADHRS units, organizing and collating Pilots Operating Handbook details and, finally, a few days after the DAR gave his approval, test-flying. Our Vans RV-10 is not painted yet, and even though the seats are upholstered, the interior is anything but finished. It flies, however, and thats something to write home about. The process of getting it flying took longer than I thought it would. Then again, it didn’t.

A month after its first engine start, we called DAR Ray Howell to schedule an inspection. He issued an airworthiness certificate after a thorough look at the plane, suggested a few tweaks (most were accomplished with black Sharpie writing on the bare aluminum), and it was ready to fly. It seems so simple when you wrap it up like that in one sentence, but each of those events took days, even weeks of prep to culminate in success. Building a high-performance aircraft is like that.

Take the first engine start, for example. We had our engine built from a core taken off of a Piper Aztec that had been on Part 135 charter and needed a quick engine change. The IO-540 Lycoming has ECI cylinders, two Aircraft Exhaust stacks and an Airflow Performance experimental fuel-injection system with the controversial purge valve shut-off. We went with the Airflow Performance system for two reasons: We hoped it would allow us to tune the engines fuel flows precisely with its interchangeable nozzle system, increasing efficiency and making the engine run smooth and wear even. And we hoped the unique primer/purge valve, which is used on engine startup and shutdown instead of touching the mixture, would eliminate the hot starts this engine is famous for. We added Slick magnetos and an energetic lightweight Sky-Tec starter for quick starts, too.

The overhauled and rebuilt engine arrived two summers ago and sat, pickled, without even one start to its credit while the airplane was built up around it. Only in the past four months have the accessories been attached, and the plenum and scat tubing trimmed and permanently screwed or wrapped into place.

The fuel system had its own challenges, with a leaky right tank that had to be removed and resealed at the finger screen. This slowed the build by a week or so, but no more than that. In fact, the engines first runs were done completely from the well sealed left tank. It looked a little funny, and there was no question as to whether we were going flying that day (heck, the doors were not even permanently hinged on at that point), but it got the job done.

Then one day, after nearly two years of silence, the engine shuddered to life. White, then dark smoke puffed from the dual exhaust pipes, which seemed, at low power, as if they were going to shake right off. But they didn’t, and as the engine rpm increased, the airplane seemed to settle into something smoother. One minute. Then shutdown.

It was still cool enough to lay your palms on the cylinder fins. Still, a fan was immediately mounted on top of the engine to pull away residual heat. Sealant oozed from the slip joints of the exhaust pipes and steamed off. A few drops of oil blew out, but there had been a lot of oiling going on that morning during the pre-start lube. No obvious leaks. Not even fuel (being provided by the still attached, non-leaking left tank).

A second start and run for 1.5 minutes was nominal. A third 2-minute run at a leaner mixture provided a much smoother experience. Snags? The throw rod on the purge valve was a bit long and interfered with the control stick in the cockpit. We ordered a shorter rod. Thats it.

For longer ground runs we installed an aluminum cooling shroud on the top of the engine to duct in air and keep those temperatures nominal throughout the initial, and highly critical, run-in period.

Trick of the Trade

After about 10 minutes of various power ground runs we calibrated the propeller, just to make sure that we werent too far off the mark on rpm. We had to wait until after nightfall to view the prop through a fluorescent light bulb to see if the tachometer matched the actual rpm. This really works as a poor mans tach sync. Heres why: The light bulb pulses at a fixed rate, 60 positive and 60 negative pulses per second in the U.S. or anywhere using 120-volt household electricity to power the bulbs. When you illuminate a spinning propeller with a fluorescent bulb it will appear to stop at certain rpm. This is where the frequency of the pulsing light matches the frequency of the spinning prop. For two-blade props such as our Hartzell, we can calibrate certain key rpm, 720, 1200, 1440 and 1800 this way. What was fun about this task was that for once on this project, I got to be at the controls. The good news was that our rpm seemed to be within 2%.

High-power runups and a taxi to burn in the brakes came next. All the while I was faxing paperwork to the DAR, who had to submit everything to the FAA for pre-approval before he could even come out to look at our project. Only when the Feds blessed our paperwork did he schedule a visit.

It was bright and sunny and, frankly, the inspection, what with the paperwork already approved, went quickly. Howell told me that how the paperwork was handled, in combination with a brief conversation with the builder and a look around the builders shop, often let him know right away whether the person standing before him looking for an airworthiness certificate actually did the build out of the kit.

In our case the well worn shop equipment and history of building spoke volumes before my husband ever opened his mouth. It was a Saturday, now pushing afternoon, and neither of us were ready to jump in and fly, even if we did have the paperwork that said we could. First flights are best done in the cool, still mornings, with few oglers. We held out for Monday.

That day did come. Armed with my fire extinguishers, pry bar, crash ax and camera, I followed my husband as he taxied out to the runway, and waited as he pushed through the checklist and runup. I listened on the handheld as he called his departure, and then he was gone, with just a puff of white smoke on liftoff to raise concerns that maybe something wasn’t quite right with the landing gear.

Fortunately the engine ran strong, the avionics hummed, and the controls all worked nicely and balanced for the next 30 minutes. Then it was time to land. By now wed talked and figured that the white puff probably came from the nosewheel, which has a propensity toward shimmy, and we knew that something might be amiss. To minimize any dire effects, my husband held the nosewheel off the ground in a full-stall, soft-field configuration until there simply wasn’t enough lift to keep it there. Sure enough, once it touched down the screeching began. The spacers had crunched a bearing, and the wheel had locked up. He shut down the engine and we towed the beast back to the hangar.

The damage? One new nosewheel tire because of a nasty flat spot that warranted replacement. The complete wheel and axle assembly was pulled apart and replaced, too. A quick check of the Matronics listserv showed several alternative assembly techniques that could prevent this very occurrence, and we took that advice to heart. It was only a couple of days before the airplane was back up in the sky, this time rolling on all wheels.

Jerry Folkerts - April 19, 2021
4
A dad and his dog’s first trip exploring the backcountry. 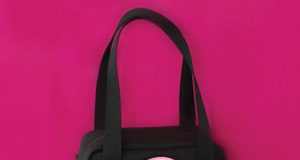