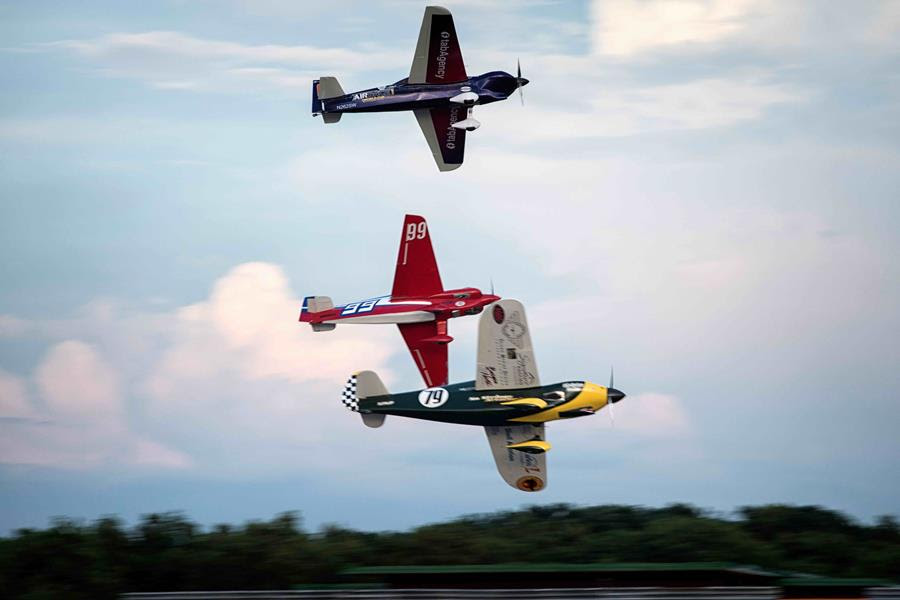 Air Race 1 announced the launch of two new cup competitions in the sport known as formula one air racing.

The US and European Cups will be contested by the world’s fastest pilots, all racing at the same time at speeds of up to 450km per hour just 10 meters off the ground.

This announcement immediately follows a long-term extension to the partnership between Air Race 1 and IF1, the official governing body for formula air racing in the US.

The sport has been growing dramatically year on year. It is the only international air race which sees airplanes racing directly at the same time.

Jeff Zaltman, CEO of Air Race 1, commented; “We are delighted to announce the Air Race 1 US and European Cups.

“It is vital for the growth of the sport and the continual development of professional air racing across the world that we have sustainable, legitimate and safe events for our pilots.

“The US and European Cup competitions will feed into the Air Race 1 World Cup help us to widen our reach across the world.”

Steve Senegal, President of IF1, added; “IF1 and Air Race 1 have enjoyed a fantastic relationship since 2013 and we are excited that this will continue long into the future.

“Formula one air racing has a rich history and exciting story that will be continued to be told and shared across the world by Air Race 1 and its management team.”

Air Race 1 is the international level of the sport known for 70 years as formula one air racing. It is true air racing in which eight airplanes race directly against each other at speeds of 450kph trying to cross the finish line first after eight laps around a tight 5km circuit at just 10 meters above the ground.

A thrilling test of pilot skill it is the fastest international motorsport competition across the globe.

Each airplane is designed and developed specifically to compete in Air Race 1. Special materials are also used to build the airframes and components, as the latest aerodynamic technology and aircraft flight skills combine to produce an exhilarating contest.

For more information go to www.airrace1.com

Amy Laboda - May 18, 2008
0
When it came to choosing a kit aircraft to build, columnist Amy Laboda and her husband opted for a metal design, in part because it would be resistant to destruction by lightning strike and also because fatigue is easier to detect in metal than it is in a composite plane. However, new nanotube technology, if integrated into composite construction material, could not only help identify wear problems, but also potentially heal them.

Steve Ells - August 18, 2009
0
Steve Ells explains the science of alternators, and offers some tips for understanding and troubleshooting problems with the system.