J. Randall Babbitt, FAA Administrator, stopped by the Media Center at the Sun ‘n Fun Fly-In April 16 for a quick conference with the press.

“What is interesting, though, is drilling down into that statistic,” said Babbitt. “It is not builders of aircraft who are involved in accidents. The vast majority of accidents are happening 20 to 40 hours after the transfer of ownership of the aircraft to its second owner.”

Babbitt believes that the Experimental aircraft community needs to focus its efforts on creating and carrying out more professional transition training, with thorough aircraft checkouts for the new owners. “Hey, professional pilots never stop training,” he said. “I know.” 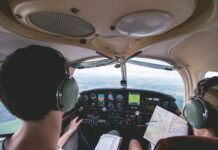