Home Newsline News Getting in through the traffic jam 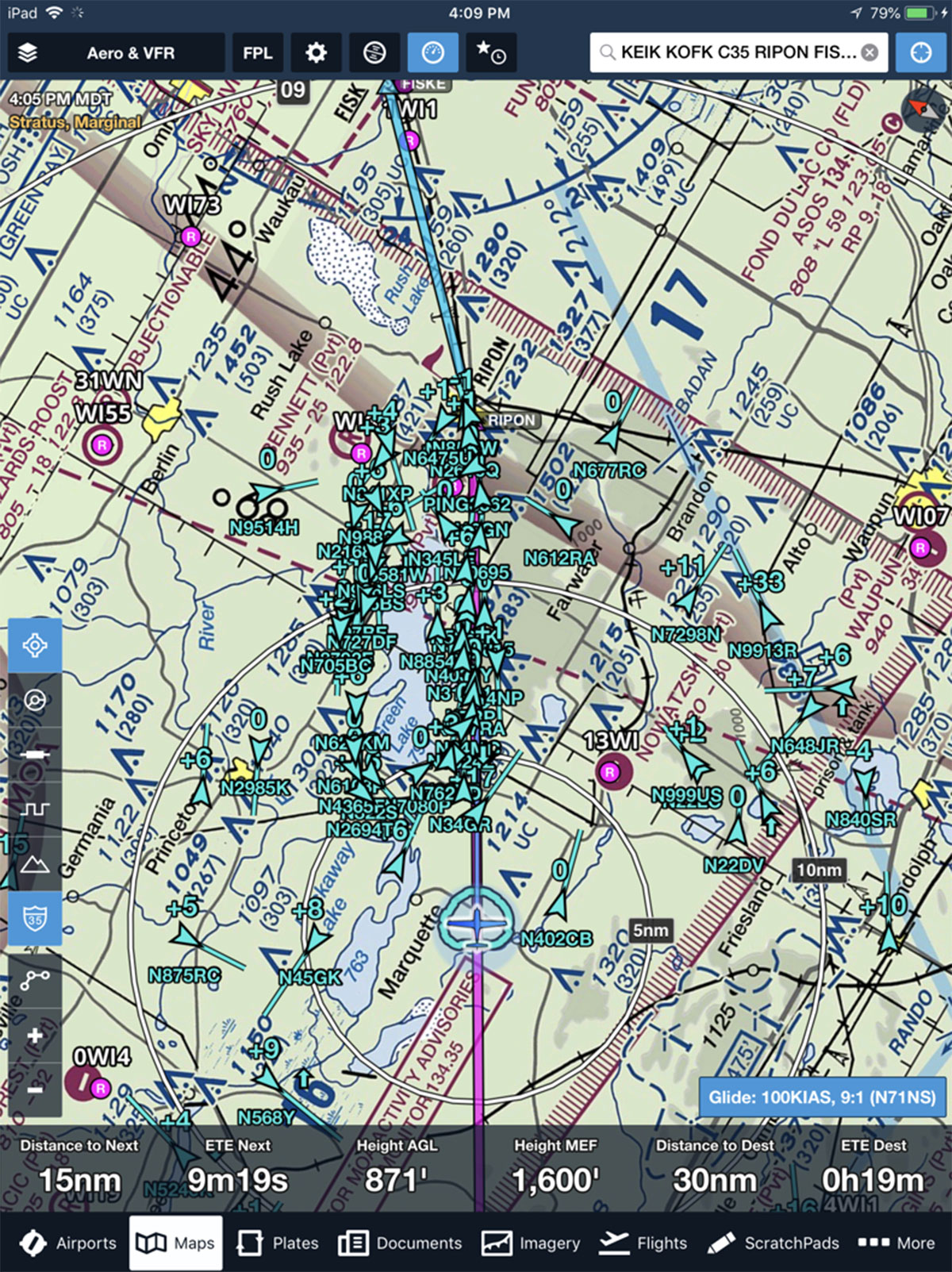 Bad weather hampered arrivals on Sunday morning but around 2pm the skies cleared and paved the way for folks to make it the last few miles into Oshkosh. The arrival into Oshkosh is not to be taken lightly. There are specific procedures to follow the possibility of landing on several runways and the requirement to make a spot landing, literally.

The poor weather early in the day pushed a lot of arrivals into the afternoon and saturated the airport. After arriving at Green Lake and doing one lap in the hold we departed the melee and went 35 nm to the South West to Portage Municipal (C47) to refuel, relax and regroup. After waiting a couple of hours, we took off for another go. It was still busy at 5pm and you could hear the controllers at FISK sending multiple aircraft around and periodically shutting down arrivals completely. So we completed more laps around the hold at Green Lake.

The backlog was not helped by folks not heeding the instructions to not proceed past RIPON and further adding to the congestion. One important consideration for an Oshkosh arrival is to have plenty of fuel but despite this advice in the NOTAM we heard a couple of pilots declare a fuel emergency. Mostly they were told to proceed to their divert airfield but one reported he only had enough fuel for Oshkosh. Seriously how do you let yourself get to a state where you can only go 7 miles and can’t reach a divert that is but 12 miles away?

Eventually the flow increased and we made it past RIPON and subsequently FISK to land on Runway 09 at the White Dot. As we shut down in the homebuilt camping area we were greeted by two of the most enthusiastic young EAA volunteers you could hope to meet. This was topped by the friendly couple in the RV (not flying type) over the fence who passed us a nice cold beer. All the food vendors on the grounds were shut so we made the short hike up to SOS Brothers for some pulled pork and a tasty beverage.

Monday morning, we awoke to high cloud, the sounds of the Ford Tri-Motor and Bell 47 doing rides and the anticipation of a great week ahead.