Tuesday was a glorious, clear day, and one could see all the way to the peaks surrounding the Sonoma Valley. This was the day for the core event in the Green Flight Challenge, the test of whether an airplane could accomplish the primary goal of the competition, flying a 200 mile course in a precise way, maintaining a 100 mph or better average speed, and returning 200 passenger miles per gallon (or electrical equivalent) energy usage.

Truth to tell, there really isn’t a lot to see other than the takeoffs of these spectacular airplanes, followed by two hours of waiting, during which they each fly over the airport four times, at at least 4000-foot altitude, and finally land at the end of their run. The tension of seeing whether there are any position changes, indicating that a faster airplane has overtaken a slower one, tends to provide some excitement, but the challenge of navigating the course and practicing the most precise flying skills can only be experienced by the pilots.

To make sure teams follow the rules, a tight security net is kept on the field, with various soft barriers showing allowable and non-allowable areas. Anyone not on the various aircraft teams or part of the CAFE organizers must be escorted by a chaperone. At all times, access to airplanes is limited to only those who need to be there. After a plane sets down following a competition flight, only four team members can help escort it to the weighing hangar and to its impoundment area.

To make sure accurate data was collected and recorded, Steve Williams of CAFE, and James Murray and Jonathan Barraclough of NASA Dryden Flight spent much of Sunday afternoon and evening calibrating and cross-checking the test gear that would ensure accuracy from the data logger that each airplane had to carry. They used an “antique” power supply and HP volt meter to verify the health and operational soundness of each flight device. Some constestants had their own similar gear, but CAFE’s instrument, downloaded to an onboard netbook, would provide the official record of each flight, with a totalizer showing the true energy consumption for the each of two runs: the “economy” run on Tuesday and the “speed” run on Thursday.

Tuesday morning, each competitor was towed to a hold position just short of Runway 19. Because the Eco-Eagle was not competing, it was sent out first, with the assumption that faster craft would overtake it. Phoenix departed second, with Pipistrel and e-Genius following in order. Launches were about every 10 minutes, with each airplane towed to the hold point by a golf cart, and tip-runners attending to keep things straight and damage free. Pipistrel’s right cockpit, viewed from the pilots’ perspective, did not have a retaining mechanism, so two crew members carried the canopy like a ceremonial item before the airplane and set it in place when it came time to launch.

e-Genius was first to land, after a descending pass over the CAFE hangar, followed by Pipistrel, Eco-Eagle, and after a very long pause, Phoenix. Each plane was escorted back to its impound position, and pilots and their gear were weighed. In the case of fuel-burning aircraft, remaining fuel was sucked from the tanks and weighed, then replaced in the aircraft.

Again, all aircraft were kept under guard overnight and through the next day. CAFE officials downloaded their data and have kept everything mum for all contests.

Thursday, the ceremonial parade took place on the way to the hold point for Runway 19, and CAFE organizers had tried for a quicker pace, wanting a 5-minute gap between launches. Timing was quicker than on Tuesday, but not at the desired goal. Phoenix was away first, with Jim Lee holding the airplane down to the last few yards of runway, then pulling up into a knife-edge climbing turn that drew cheers from the crowd. e-Genius stayed low, and on a conservative climb path away from the airport.

Pipistrel’s G4 went third, making a normal-appearing takeoff and climb. Embry Riddle’s entry seemed to be followed by a large crowd of well-wishers and supporters, and Mikhael Ponso executed a nice liftoff and climb to the north.

An hour-and-a-half later, Jim Lee dove across the finish line at high speed and low altitude, drawing a lot of attention to his grand entrance. Acoss several long pauses, the remaining craft returned in order. Thus ended the flying.

Only one thing remained. The final weigh-in and for the electric craft, battery rundown. This last step was intended to show that e-Genius and the G4 had a half-hour’s reserve capacity, as required by the rules. Each was run at half-throttle for an hour to determine whether this requirement was met.

All results are on hold until October 3. 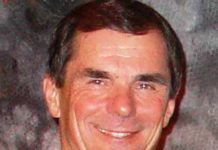 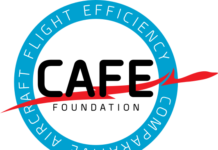 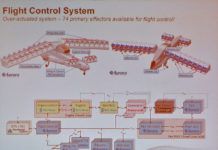 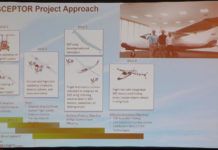 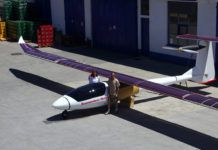 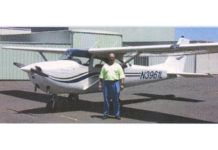 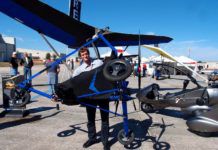 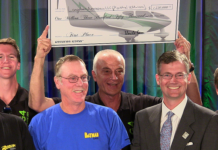 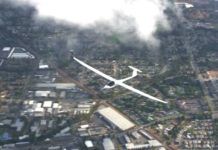 Dave Prizio - February 16, 2017
0
Get your project started on the right track with some quality training.

Bob Fritz - June 24, 2007
0
Ultimate experimenter Paul Lipps has used his own homebuilt, a Lancair 320, as a test bed for his many innovations, which include reflexed flaps, an ultra-long pitot tube for more accurate readings, a solar-powered fan for the cockpit, a cowl scoop for ultra cooling of the magneto, extremely close clearances between the spinner and the prop, and a one-of-a-kind propeller.

Dean Sigler - November 21, 2011
0
Electric Light Sport Aircraft are few and far between, owing primarily to the heavy batteries eating into LSA weight restrictions. The Alternair Amp is poised to change all that. By Dean Sigler.