Kitplanes cover-shot photo guru Richard VanderMeulen lined up this beautiful picture of the Mo’Venture gang early Sunday morning. While Richard usually considers shooting more than three aircraft at once akin to herding cats, the Mojave pilots proved to be as skilled at formation flight as they are at sending civilians to space.

“Considering how they downplayed their formation skills, I never expected the shoot to be nearly as successful as it was,” commented Richard afterwards. From front to back: Elliot Seguin and his Formula 1 racer Wasabi, Justin Gillen with the west coast’s only Tango 2, Zach Reeder with the resurrected Catbird, Doug Dodson in his Glasair II-S, and making the most of VanderMeulin’s wide angle lens Brandon Cangiano in his Lancair Legacy, high over the desert of Mojave. Not shown are Dustin Riggs in Dick Rutan’s round-the-world Long-EZ Old Blue and Ben Harvey, also in a Long-EZ.

The group of seven homebuilts will be making a non-stop flight of over 1500 nautical miles from Mojave to Oshkosh next week, with an ETA of 1648 Monday, July 28. Be sure to watch Kitplanes for a future article on this challenging endeavor! 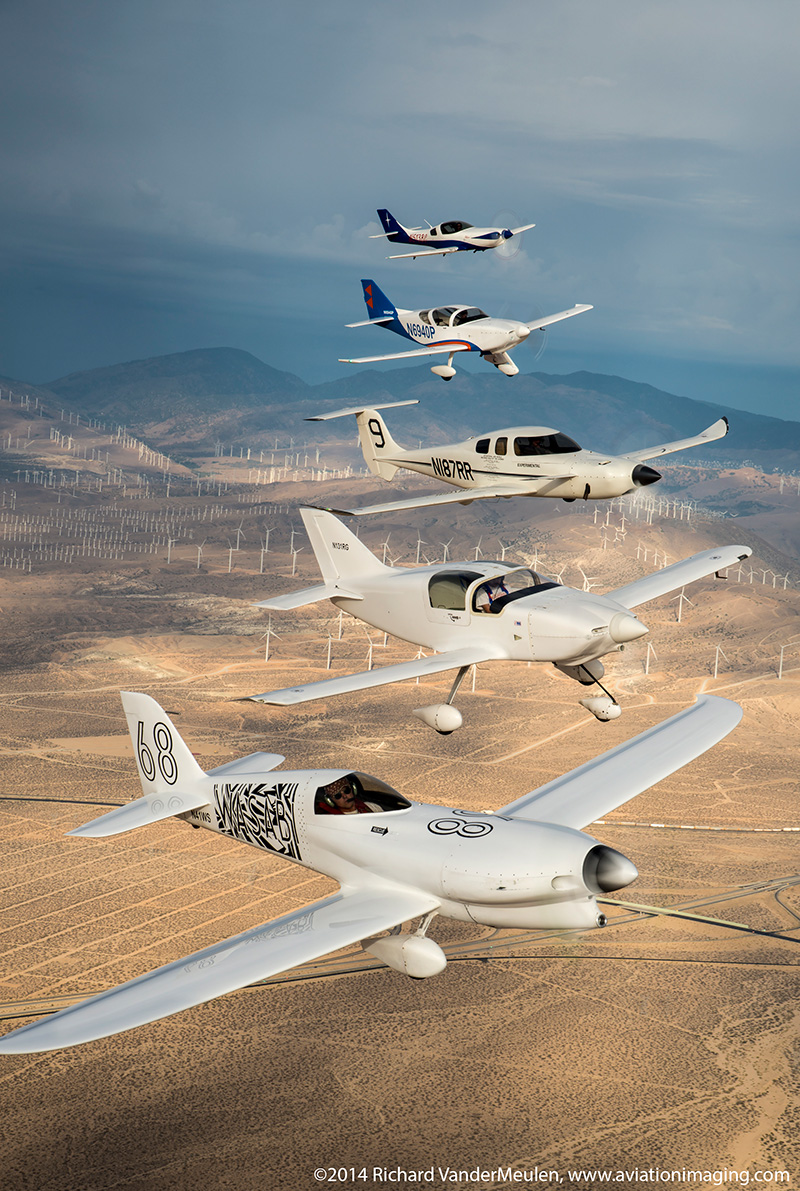 Kitplanes - August 16, 2008
0
Charlie Taylor, the Wright brothers trusted right-hand man and machinist, made their early powered flight experiments possible. And he built the engine using only a drill press, a lathe, a simple scale and more than a little ingenuity; by Bob Fritz.