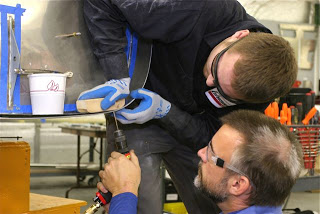 Last Friday, the FAA published the final report from the Amateur-Built Aircraft Aviation Rulemaking Committee that outlines plans to keep the “home” in homebuilt. There will be a public comment period, which EAA predicts will be announced in April or May, and the FAA intends to have a final rule by October, though industry sources say it could come sooner. Read the Federal Register. Read the Final Report.

The report follows months of work by the FAA and industry representatives in an attempt to curb flagrant violations of the Experimental/Amateur-Built rules, which state that individuals must complete a “major portion” of the aircraft to be eligible for registration in that category. The report acknowledges that some companies provide de facto manufacturing facilities for kitbuilt aircraft in which the builder does little actual work. “In the most extreme cases, other persons fabricate and assemble the major portion of an amateur-built aircraft for the applicant,” according to the report.

To curb these abuses, the FAA has proposed changes to the guiding documents rather than a rewrite of the FARs that govern the category. Specifically, changes are expected to Advisory Circulars 20-27 and 20-139 that more accurately tally and identify outside commercial assistance on the forms used by the builder and the final inspector of the aircraft. The intention is, according to Earl Lawrence, vice president of industry and government affairs at the EAA, to clarify which parts of the airplane are completed by the builder, what is done by the factory as part of the original kit, and what has been done by commercial assistance. Now, for example, a kit manufacturer can construct all but one wingrib while the builder “fabricates” the remaining rib, and both entities get credit for all the work. There is also no requirement to state which parts of the aircraft have been fabricated or assembled by third-party commercial assistance. The revised ACs are expected to address these issues with specific guidance.

“The vast majority [of the report] is what we expected. We still don’t  know what the FAA intends,” said Mikael Via, of Glasair Aircraft. “We’re waiting to see what the policies and orders state. Nothing here affects our existing customers.”

Jeremy Monnett, of Sonex Aircraft, said his company has always taken the 51% rule to heart and enforcement is the key to ensuring all kit manufacturers and builders adhere to the rules. “The resources required to carry out this enforcement have not been made available by the FAA over the last few years,” Monnett said in a news release. “Without these resources, enforcement loosens and the rules are pushed beyond their spirit and intent, compromising the rules’ continued existence.”

The FAA has proposed forming a group of Aviation Safety Inspectors to validate a manufacturer’s claims that its kits allow the builder to complete the “major portion” of the aircraft. Currently, the inspections involve considerable discretion among inspectors, which has resulted in inconsistencies in approval.

In addition to publishing the report, the FAA announced Friday that it was temporarily suspending inspection of aircraft kits for inclusion on the “51% list.” This does not impact local inspections of completed airplanes. The move halts inspection of designs at the manufacturer level until the final rulemaking is published.

In the immediate aftermath of the announcement, many industry leaders were difficult to reach. We’ll keep after them and offer their insights on the upcoming rule changes soon.