In addition to its Epic LT kit turboprop and the under-development certified version of the airplane called the Dynasty, Epic will launch two new programs this year, a single-engine turboprop kit called the Escape and a single-turbine called the Victory. Although Epic will be opening a research and development center in Canada, kit production will remain at the company’s Bend, Oregon, facility, which is now undergoing the addition of 10,000 square feet. The escape, which is expected to fly to Oshkosh this summer, uses a 1000-shaft-horsepower Garrett/Honeywell turbine in an airframe thats smaller than the massive LT. The jet Victory will use a new Williams turbofan. Predicted performance is 321 knots maximum for the jet, and 365 for the Escape turboprop. Epic claims that some 80% of the airframe components are common among the various aircraft, including structure and flight controls. Expected prices are expected to be near $1 million for each new model, depending upon engine, avionics and options. Garmin is now the sole avionics vendor for the Epic line, replacing Chelton. 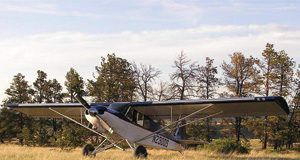