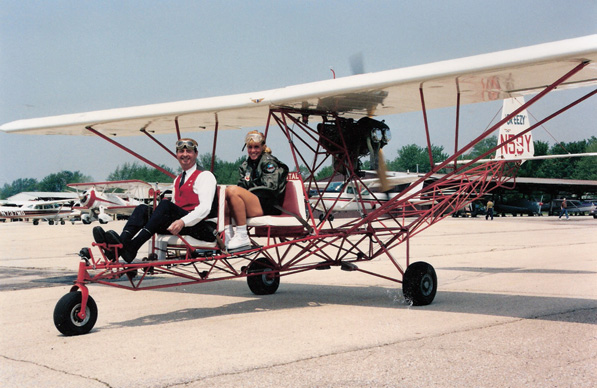 Plansbuilders are the flinty eyed, hard-core, old-school builder types. The craftsmen who you never mess with, and always respect. At least thats what they want you to think.

In truth, the plansbuilder is a slowly disappearing breed-someone willing to spend the time and effort to learn myriad skills (or sharpen the ones he has through repetition), work from the raw components and take credit (and blame) for every single important piece in the airplane. Homebuilding began like this, along with pioneering souls who saw that a new fuselage with, say, Cub wings could be a great airplane with unheard-of performance. Such a use-what-you-have philosophy is the result of fiscal austerity, trading your time for cash.

While the bulk of the Experimental/Amateur-Built market is without question over with the kit makers, a significant number of plansbuilt designs take flight every year. These aircraft represent a unique challenge and untainted reward for the hardy.

In this edition of the Plansbuilt Buyer’s Guide, there are both new and deleted designs. We could not make contact with EU-WISH aircraft, so the Sidewinder is not included; Light Miniature Aircraft, likewise, could not be reached. Zenith has discontinued selling plans for the 601XL, and the Redfern DH-2 is no longer offered. On a positive note, WAR Aircraft Replicas has added a Hawker Sea Fury model, and plans for the KR are again available through nVAero (see our December 2010 issue for details.)

So thats the news for 2011. Dig in, take a look, dream a little and hoist a cool beverage for those who have built their own from scratch.