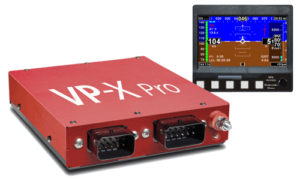 Vertical Power has announced support for its VP-X Electronic Circuit Breaker System on the new MGL Xtreme EFIS, and to further sweeten the deal, a new bundle discount has been started that will run through December 31, 2010.

The MGL Xtreme is a full-featured EFIS designed to fit a 3.125-inch instrument hole.

The VP-X is a next-generation electrical-system distribution and control network using solid-state circuit breakers, smart current sensing and full annunciation on most EFIS panels sold today. The VP-X series uses standard mechanical switches for circuit control, but the rest of the features are automatic and internally redundant for safety.

Dean Sigler - July 19, 2011
0
As the powers that be debate the future of 100LL, participants at the Fifth Annual Electric Aircraft Symposium pondered how to make the alternatives more practical and efficient. By Dean Sigler.