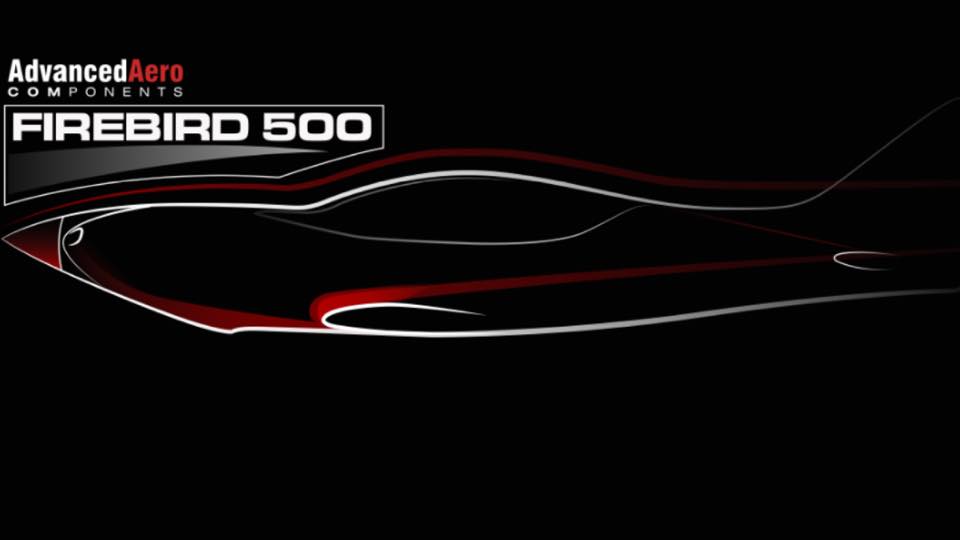 Ian Baker, head of research and development for Advanced Aero Components, announced that he has been designing and building an entirely new 2-seat, side-by-side, low-wing aircraft called the Firebird 500. The aircraft uses epoxy-infused carbon-fiber construction and features a roomy 44-inch-wide cockpit. It will be powered by the new Lycoming 6-cylinder twin-turbo IE2.

Standard production models will be named the Firebird 250 and Firebird 350. The two aircraft are similar, with the 250 designed for Lycoming 360 to 390 4-cylinder engines and the 350 accommodating naturally aspirated Lycoming 540 to 580 engines.

“I am pushing new boundaries with this unique aircraft design and taking it to the next level in kit aircraft construction. All the knowledge and innovative ideas that I have gained designing and building composite aircraft over the years has been incorporated into the Firebird 500. The first prototype is nearing completion, and I expect to mate the wing to the fuselage within the next couple of months,” says Baker.

Baker also noted that “Most high-performance kit aircraft are just too difficult for the average enthusiast to construct. This is an area we are working hard on to dramatically reduce the overall build time.”

KITPLANES® will keep you posted on future developments.