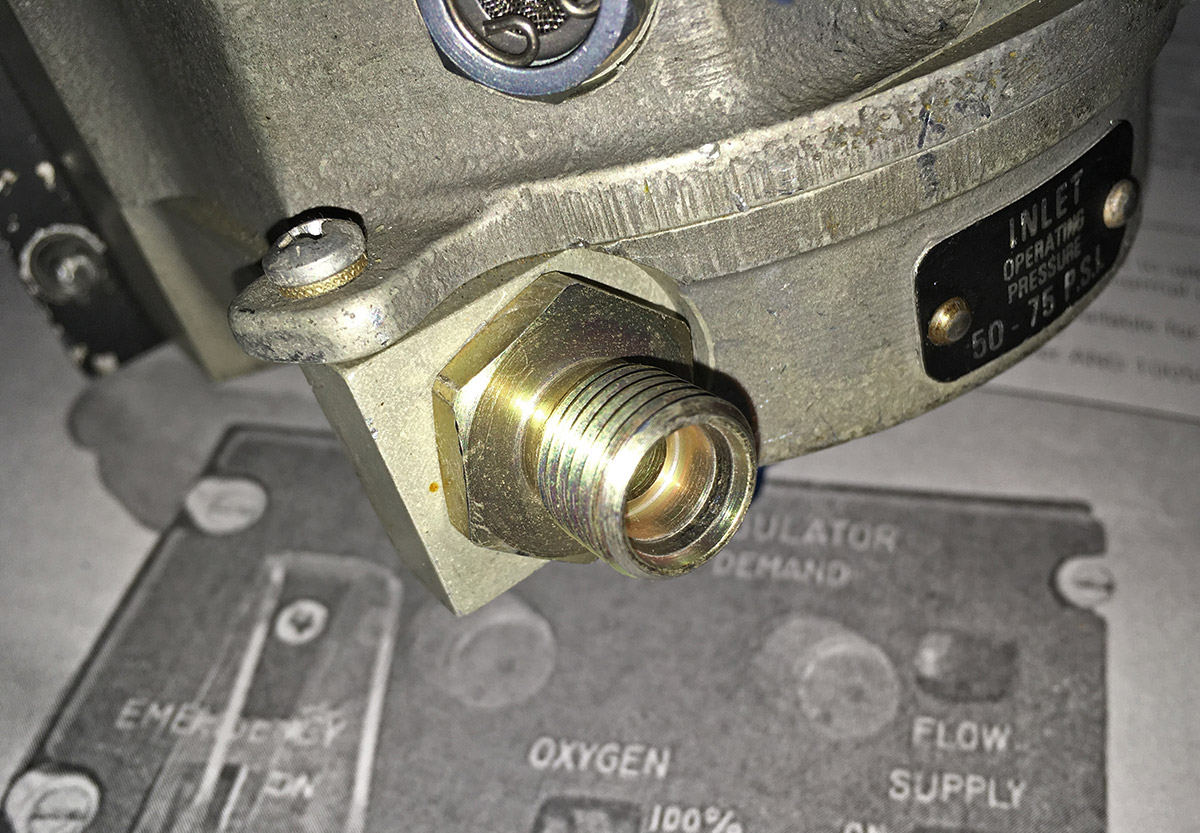 I have always found that the success in a highly technical endeavor that encompasses a vast sea of knowledge is not about memorizing everything that you can (although some are successful at doing it that way) – but in knowing how to get ahold of the information you need when you need it. In the old days, that meant remembering which reference book you needed to got to in order to find the specifications for a particular integrated circuit, or the allowable number of defects in a Sitka Spruce spar blank… or in knowing who to go to that had that information memorized!

Now-a-days, we have (almost literally) the entire world of knowledge at our fingertips – so long as you have a computer connected to the internet. Google (or your other favorite search engine) is your friend. Tonight, for instance, I was looking at the back of a military oxygen regulator, trying to figure out exactly what kind of inlet connection it had. It was a straight, threaded male connection, 1/2″ in diameter with a smooth bore. Looked all the world like a flareless fitting to me – I remember those from A&P school, but have never run across them in GA aircraft very often. Armed with that little bit of memorized knowledge, I headed to the computer. “Aviation flareless fittings” I typed in, and selected Images. I got an endless number of pictures of different kind of fittings – so I scrolled down until I found what I was looking for – and it had a label, “MS21900.” (Well, actually I had a 21902… but what I WANTED was a 21900, one’s a union, and the other is an adapter… but they got me in the right target area!)

Typing that in, I came across numerous listings of military hardware suppliers – none of which told me much, except that I could send in a request for how many thousand I’d like to buy. But then I saw the result from everyspec.com, a web site for researching Military Specification. The MS21900 was listed as obsolete – a good thing in this case, because I could click on the download button for free, and sure enough – there was a drawing and lots of detailed specs on the little fitting. There was even a little table that showed me the size of wrench that fit on each specific dash number – and that showed me that the one I had was a “-5″, or designed for 5/16″ pipe. As important, it told me that the thread was a 1/2” x 20 (tpi). So now I knew how to build an adapter if I wanted.

And yes, further searching showed me that I probably wanted… to make something. Mil Spec fittings aren’t cheap, it turns out – especially if you only want one of them! But gee – I learned a lot about how they seal, and then I found some You-Tube videos on using my lathe to cut threads, which made me curious about cutting pipe threads, which lead to more videos….and the next thing I knew, it was too cold to go back out to the shop and start working with the knowledge I’d gained. But, tomorrow is another day, and once again, the internet had served as a valuable research tool. I used to have teams of engineers that worked with me, and I only had to know who to ask. Having online knowledge makes one reflect… just how did we build airplanes before the age of the internet?!

Bob Fritz - March 10, 2008
0
How do you turn out non-cylindrical objects with your lathe? Why, by using a four-jaw chuck, of course. And there's a way to effectively employ that 'ole' adjustable wrench that might have escaped you for years; by Bob Fritz.