This will be another one of those “little hints and kinks” that I promised you a few issues ago—nothing that will take a full column, but a few goodies to help you make your homebuilt outstanding. 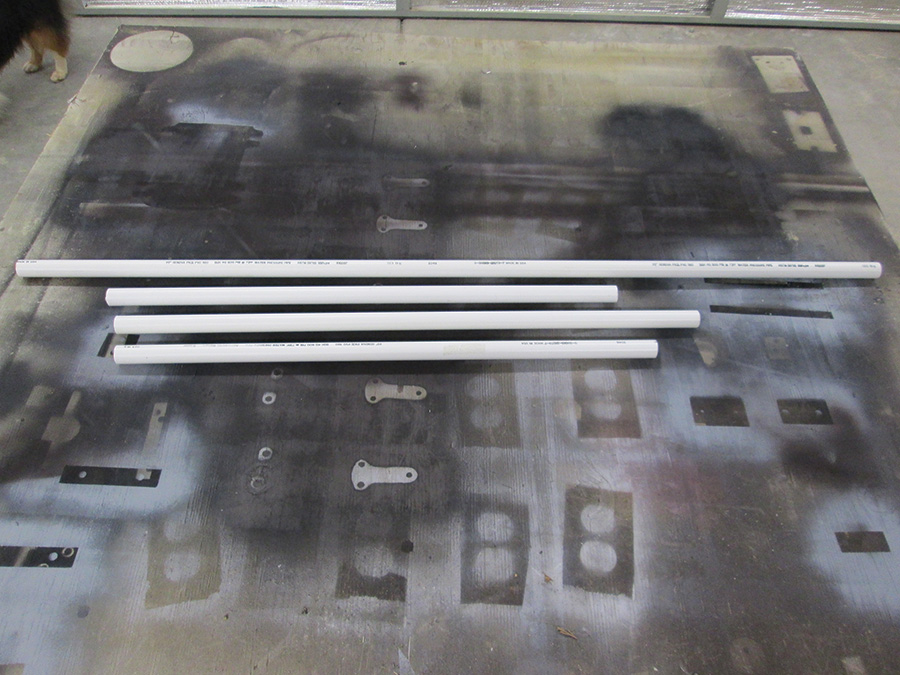 Even paint that is supposed to be good for plastics typically won’t stick to PVC water pipe.

About a year ago we shared the plans on how to build a base station nav antenna. What I didn’t quite mention at the time is what we might call a “neighborhood problem.” I’ve had this problem since I was about 15. You put up something that doesn’t look like a standard TV antenna and all of a sudden the neighbors start calling you every time a little hiccup appears on their TV screen in the middle of Dancing With The Stars. The fact that you aren’t even using that antenna has absolutely nothing to do with it. I put up the antenna, therefore it is my problem. Fix my TV! 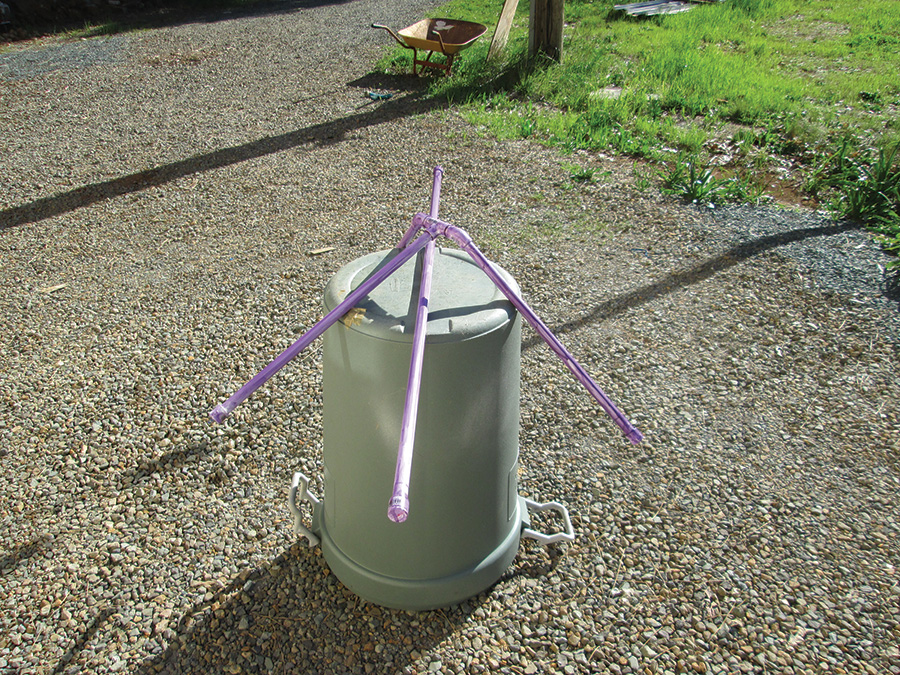 To get paint to stick to PVC pipe, first coat the pipe with “purple plague” PVC primer, the stuff you usually use on PVC joints before glueing.

Sigh. So hide the little thing. Unfortunately, the best “radome” or material we have to protect our antennas is wooden doweling inside of PVC water pipe. Even more unfortunate, the water pipe is bone white and sticks out like a sore thumb. And the last unfortunate is that bare PVC pipe will not accept any manner or form of paint. Oh, yes, you can paint it with rattle can or compressor air spray, but any little ding will make that paint peel off of that slick surface easily. Even the paints that say “good for plastic” don’t seem to have quite the sticking power of regular paint on a wood or metal surface. 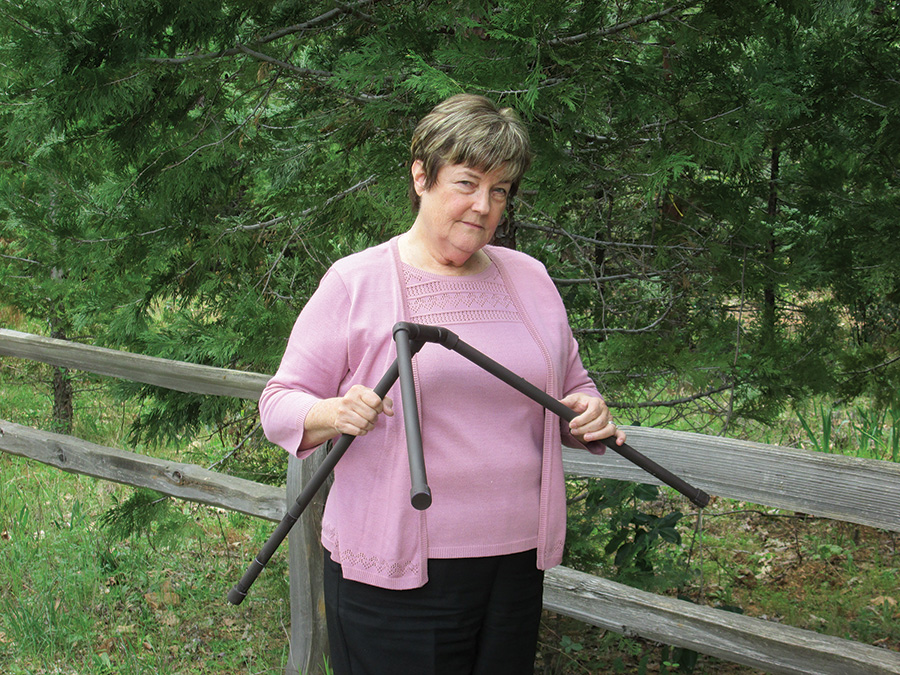 What to do, what to treat the PVC with to make paint stick? Hey, wait a minute—don’t we use the “purple plague” primer on PVC joints before we glue them together? Won’t that make regular old paint stick?

You Bet It Will. Not only that, but the PVC primer is so thin that any spray mechanism (including the little Preval single-shot bottles) will do the job quite nicely.

Here are four images for you. One is the regular old white PVC pipe that we are going to make both a com and a nav antenna from. One is the antennas having been sprayed with the purple primer. One is our technical consultant holding the “stealth” paint job on the NAV antenna, and the last one is the stealth antennas on the roof of the RST Engineering lab (can you find them?).

Don’t you think that the purple plague PVC primer will work for other plastic parts that you want to paint on your airplane? Give it a try. 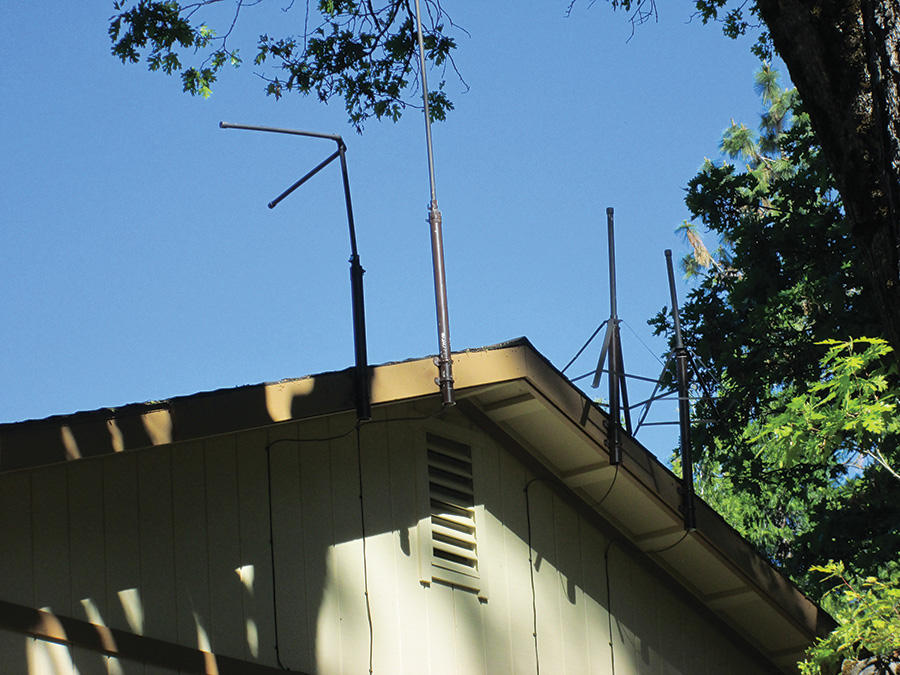 Camouflaged antennas on the roof of the RST Engineering lab.

We discussed multimeter options for measuring stuff around our homebuilts in the June 1998 issue. We also talked about a precision method of calibrating them in the December 2014 issue. What we have not done is to make a little toolbox quick-check gizmo that will let you do a field check from your toolbox to at least give you a little confidence that your multimeter is OK.

Here’s the deal: About 20 years ago, a major battery manufacturer started date-coding their batteries. They actually got the FAA to accept them as ELT batteries for their lifetimes. And, as most of us know, they are perfectly good in our flashlights well after the code date. But I digress.

Duracell has been dating their CopperTop batteries for 20 years. It looks like most of them have a guaranteed life from five to seven years, but that’s not the point. A single dated unused AA battery will be within 1.55 to 1.57 volts for its lifetime. That AA battery in your toolbox is a great check on your volt-meter because, as we said in the previous article, the odds that all scales will be in calibration if one of them is good is very high. Refer to the schematic and measure volts from point A to point B. That takes care of volts.

Now to read current we simply attach a 1.0k ohm (1000 ohms) resistor to the positive end of the battery. To check the current scale on the multimeter, we simply connect one end of the multimeter probes to the minus (-) end of the battery and measure on the current scale to the free end of the resistor. Ohm told us that current is equal to voltage divided by resistance, so on your current scale on your multimeter, you should read battery voltage divided by resistance, or one milliampere per volt. If your battery reads 1.56 volts, then your current meter should read 1.56 milliamperes (plus or minus 5%). Measure this current from point A to point C on the schematic. 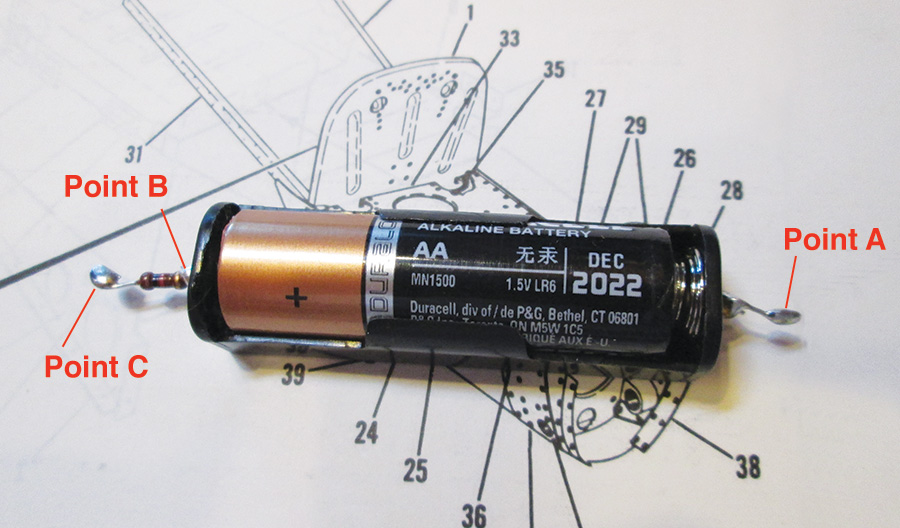 Checking the resistance part of the multimeter? Pretty easy. You’ve got a 1.0k ohm resistor on your battery voltage-current tester. Read the resistance of this resistor from point B to point C. Pretty simple, yes?

For some years now we’ve been using some primitive ways of telling when the magneto timing is “22 before Top Dead Center” (or whatever your engine requires). Several companies have come out with their own proprietary ways of making this measurement. Most of us used to use the “witch’s hat” protractor, but that is accurate to within 2 at best. There has got to be a better way in today’s digital world.

Fortunately, there is. Nearly all smart phones have the capability of installing applications (called apps). One of them is a digital carpenter. The digital carpenter has an angle meter, or protractor, or whatever it is called in the app. That meter measures angles from one plane to another. And, most of them allow you to specify what the zero plane of the meter is. (The best iPhone app I’ve been able to find is iHandy Carpenter, $1.99 at the iTunes app store.) 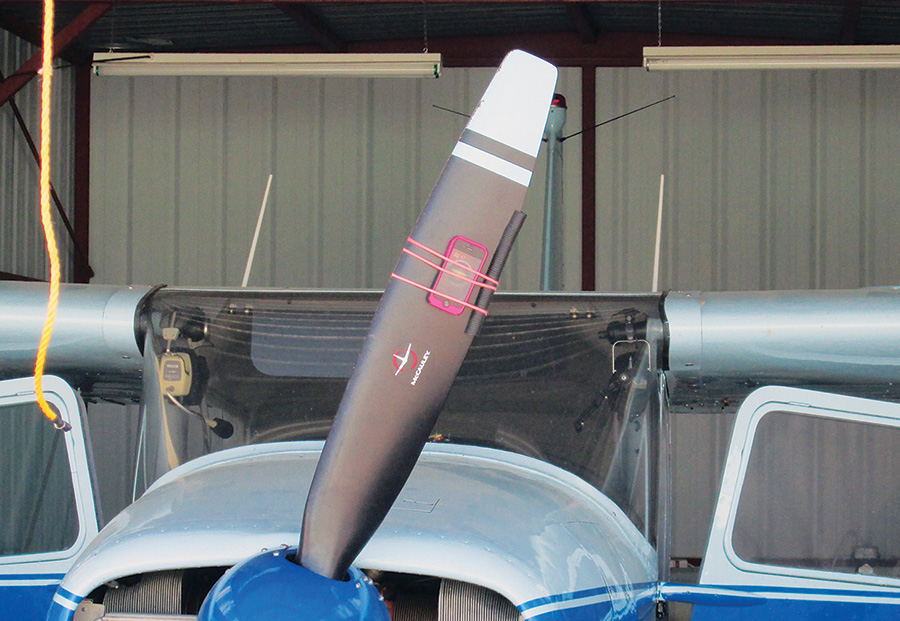 Strap an iPhone to the propeller to time the mags using iHandy Carpenter, a $1.99 iPhone App from the iTunes app store.

You simply find top dead center as one plane, zero out the app, and use the protractor to measure the angle between TDC and the advance angle of the magneto that you want. You strap it onto the propeller, and there is your digital angle. 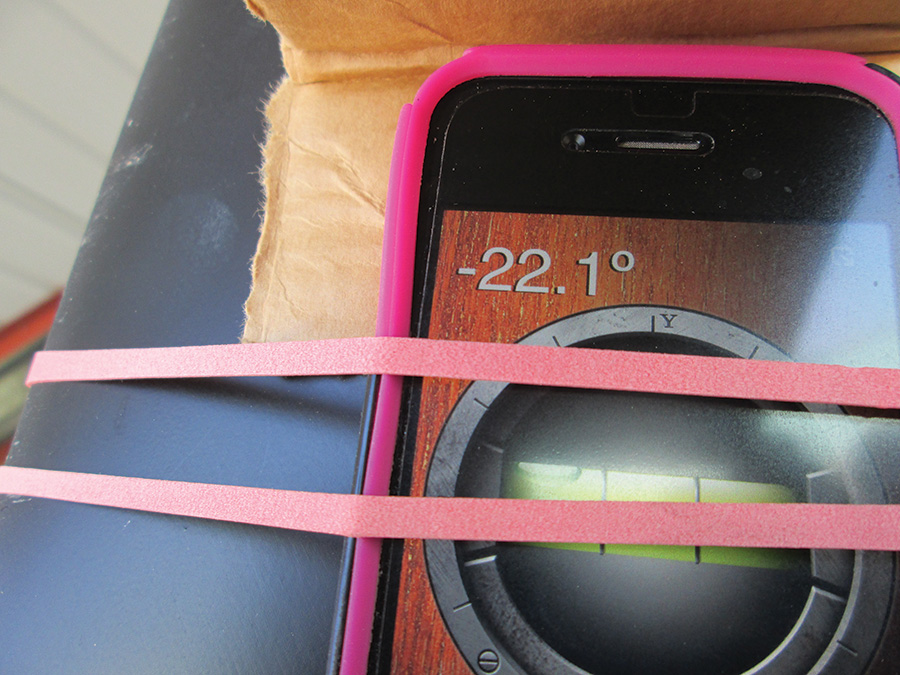 Compared to expensive instruments in a college physics department, the iPhone app was easily within a tenth of a degree accuracy.

How accurate is the smart phone protractor? I measured an iPhone app against the best multi-thousand-dollar instruments in the college physics department and found it easily within a tenth of a degree accuracy. Not bad for a $1.99 app.

Are we having fun? Do you like these little “hints and kinks” every now and again instead of full-bore projects? Tell the editor what you like (editorial@kitplanes.com), and we will deliver it to you. Until then, stay tuned…

Bob Hadley - May 14, 2021
3
From a machinist’s point of view, the clamp couldn’t be simpler: A couple of grooves, some bolt holes and you’re done.