Question: Do position lights need to be TSO’d for use in night VFR operations for an EAB aircraft?

Answer: When it comes to lighting during daytime VFR, there are no standards for EAB aircraft. You may use anything you want or nothing! That’s because 91.205 does not apply to Experimental aircraft during daytime VFR.

Our operating limitations do not say “For night and/or IFR operations, 91.205 applies except that the lights need not meet any TSOs.” There are absolutely no provisions to distinguish between Standard and Experimental aircraft within 91.205. When operating within 91.205, our systems must meet the same requirements as a Standard Certificated Aircraft.

As far as the inspector approving your lighting installation, that is not his/her job. He/she does not certify the aircraft’s lighting systems. The issued operating limitations for your aircraft simply state that if you fly at night and/or IFR, you must comply with 91.205. It is the responsibility of the owner/operator of the aircraft during these operations to see that this regulation is complied with.

Question: I know a guy who is building a kit aircraft and he has run out of motivation and money. He’d like to sell his project, and I’m interested in buying it, but I don’t know how it fits into the 51% rule. If I complete the kit, will I be allowed to perform maintenance and inspections on the finished aircraft?

Answer: The 51% rule only requires that the majority of the aircraft be fabricated and constructed by amateurs. It does not specifically apply to eligibility for the repairman certificate.

To qualify for the repairman certificate, you must be able to show that you are one of the primary builders, and that you have sufficient knowledge and ability to adequately perform the condition inspection. It sounds as though you should qualify for this certificate in this instance.

As far as maintenance goes, anyone may perform maintenance on an EAB aircraft. The repairman certificate only applies to performance of the condition inspection.

Question: The June “Ask the DAR” column regarding builder’s logs raises another question. Am I to understand that either an individual or a group of builders of one aircraft are not required to keep a builder’s log, and that all the rules strictly require is the honestly-signed statement you describe as meeting FAR part 21.191?

Answer: I think you misunderstood how the answer related to the question. The question was primarily about overhauling an engine and carb. My answer was directed to that part of the question.

A builder’s log is definitely required to show proof that the aircraft is, at a minimum, 51% amateur-built. Although there is no specific requirement of how the log should be kept, it must be enough to convince the inspector of compliance with the major-portion rule.

FAA Order 8130.2G specifically states that submission of the 8130-12 (eligibility statement) is not by itself sufficient to prove the amateur-built status of the aircraft. I hope this clears things up. 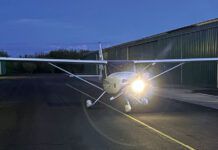 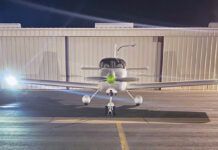 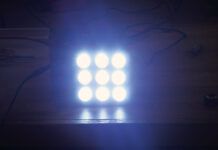