Last month we described vacuum bagging, a fairly simple process that uses atmospheric pressure to squeeze out excess epoxy and those nasty little (and sometimes large) air bubbles from your layup.

But a vacuum pump is not something most folks have on the shelf, and though the one you bought for the instruments on your airplane will develop enough of a pressure differential to be effective, its way too expensive to be pumping epoxy vapors through. A quick survey on eBay revealed a dizzying array of pumps ranging in price from $20 to $2000 with some at the high end being inadequate, and an occasional gem that fits what we want for as little as $75. But how do you know if that bargain is up to the job? Im glad you asked! There are four ways to develop a vacuum. OK, there are several more, but they’re impractical for our application.

How to Get Vacuum

The first way to get vacuum is with a rotary vane pump. That short beer-can size pump on the back of your aircraft engine is in this group. It has a set of vanes being spun inside a cylinder and can range from anemic to really powerful. It usually has the input power shaft mounted directly to the output power shaft of an electric motor and is, hence, cleverly described as a “direct drive rotary vane pump.”

The second method is a piston pump and, as the name implies, it is simply a lawn mower engine with no spark plug, spun by an electric motor.

The third method is a diaphragm/flapper valve type pump. This uses a cam to push a diaphragm back and forth and expel the air through a simple rubber flapper that covers a hole. While seemingly fragile with all that material being flexed, you’ve had one for years and never noticed it because it was so reliable; its used most often in your refrigerator.

If you’ve ever looked into the back of your appliance, you’ve seen a can that looked like a flattened soccer ball; inside that can, buried under a lot of soundproofing, is a pump about the size of your fist. Now, before you start to raid the junkyard for one, you should know that though they work great in a refrigerator, they wont have the capacity to pump enough air to a hard enough vacuum if you’re making vacuum-bagged parts larger than a shoebox.

All of these methods have one thing in common: They have moving parts. The fourth way of pumping out the air is to use compressed air. Right now you may be thinking, “Use high-pressure air to generate low air pressure? Hes gone weird on us.” Well, perhaps, but in this case Im doing well, thanks for asking.

Do Try This at Home

Go get two books of the same thickness, place them on the desk about 4 inches apart and lay a single sheet of paper on the gap. Now blow through the channel. Intuition would say that you’ve pumped air into the channel, so the paper should rise, but instead it drops. That phenomenon had puzzled folks as far back as the ancient Greeks, but it wasn’t until the mid-1700s that Daniel Bernoulli figured it out. Whats happening is that when a fluid accelerates, its pressure drops.

The math is complex and its not necessary to understand the principle for our purposes, but we put it to use all the time. For instance, take a look at the throat of a carburetor. It starts large and then narrows. Youd think that forcing the air to flow through a small area would drive the pressure up, but the only way to get the same amount of air out as went in is to make it go faster. The pressure drops just as it does with our books and paper.

Its the phenomenon being used by that double funnel on the side of older airplanes. Why have a vacuum pump bolted to the rear of the engine if this is so effective? Well, first, it works when air is flowing at a fast rate; during takeoff you’re not going fast enough to get the vacuum-driven gyros up to speed. Second, its prone to icing, which is certainly not desirable in the chain of machinery thats most needed on a dark and stormy night.

But if we can push air through it fast enough, and icing is not an issue, then its perfectly capable of developing the sort of pressure differential we need for vacuum bagging. Inasmuch as were unlikely to crash if it ices up, all we need to do is get the air flowing, and thats where your shop compressor comes in. Well blow air through the right port of the pump and hook up a hose to the vacuum side.

We can improve on this, though. The goal is to keep a vacuum in a bag that probably has a few leaks. Instead of hooking the pump directly to the bag, lets hook it up to a reservoir and then to the bag. This is somewhat like having the air tank on your compressor; without it youd have to turn on the
compressor every time you wanted to blow up a bicycle tire.

Next, we need a hose from the reservoir to the bag. If you simply stuck an open-ended hose in the bag, it would tend to grab the plastic of the bag. Instead, well plug the end of the hose and knock a bunch of holes in the sides of it.

Its also helpful to know just how effective your system is, so well put a vacuum gauge on it between the pump and reservoir. You could check for leaks by watching the bag, but thats hard to quantify: “Hey, John, does that bag look any bigger?” With a gauge you should watch for a rise of not more than about 5 psi in 5 minutes.

That still leaves you either standing around watching the gauge and turning on the compressor, or letting the compressor cycle off and on for the 24 hours it can take for the epoxy to set. So lets automate it by using the same setup as on the compressor and installing a pressure sensor and a solenoid. On your compressor, when the pressure rises to a set level, the sensor sends an electrical signal to a solenoid-controlled valve and shuts off the pump. Were doing the same thing: When the pressure in the bag and reservoir rises due to leaks, the sensor sends a signal to the solenoid-controlled valve and opens up. That lets the compressed air go through the pump and restore the vacuum in the chamber and bag. When the pressure drops below the set level, the sensor shuts off the flow of air through the pump.

Of course, if you don’t want to tie up your shop compressor, you could substitute the venturi vacuum pump by going on eBay and looking for a small pump built by Robinair. It is a low-cost brand, and you need a capacity of only 2 to 5 cubic feet per minute to keep up with the inevitable leaks. Although they sometimes show up for about $50, you’ll still have to add all the other bits to get the automatic off-on feature.

Go have fun, and before long you’ll be whipping up some really neat parts, leaving all your buddies amazed and stopping by with a pizza in exchange for advice or help. 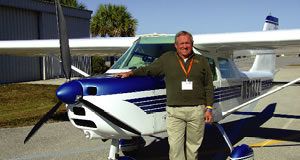