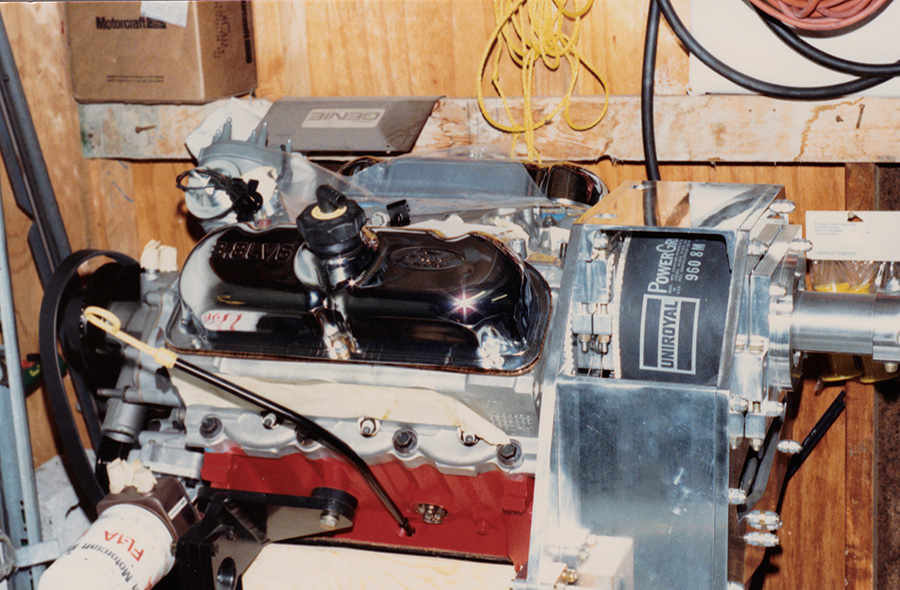 The author’s V-6 originally planned for the Prescott Pusher.

Let me tell you about my experiences. Back when the Prescott Pusher was first being developed, one of the engines that was touted as an alternative was the Blanton V-6. This was really a Ford V-6 automobile engine coupled to a belt drive and allegedly producing upwards of 250 horsepower. It sure seemed like a nice alternative to the original 180-hp Lycoming in the four-place Prescott Pusher. And who doesn’t fall victim to the “more horsepower is better” claims. I know this young and nave second-time builder did. After all, I was just coming off of a very successful RV-4 experience. Since I now had a four-place family, I needed a four-place airplane, and I was not having any luck in convincing Van to build a four-place RV. (This was years before development began on the RV-10.) 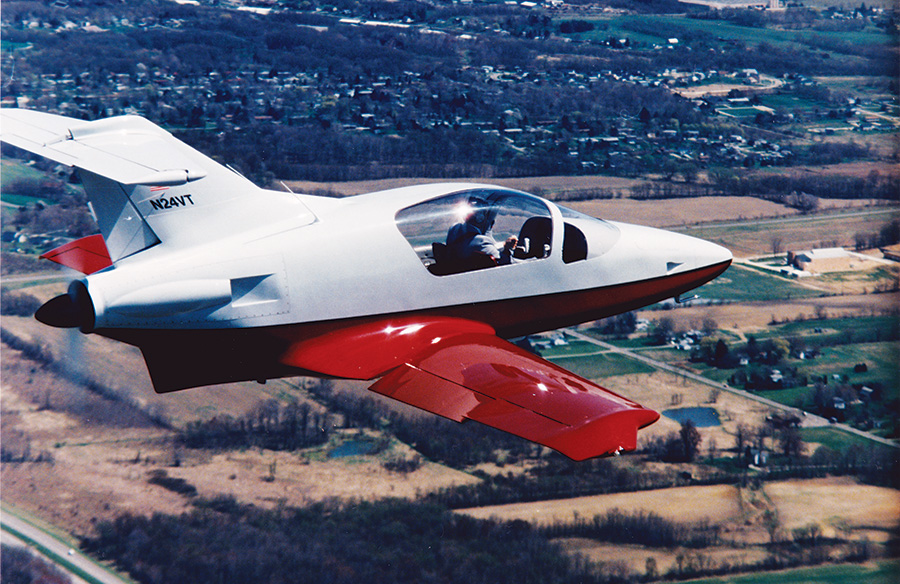 Many people thought the Prescott Pusher was a BD-5.

If my memory serves me correctly, kit-built choices were limited at that time to the mostly-metal Prescott Pusher and the fiberglass Wheeler Express. I must admit that I hate working with fiberglass, and I had all of these metalworking tools from building the RV-4, so the decision was made. Unfortunately, the Prescott team was much better at marketing than producing parts, so many of the kits were a long time in coming. It was during these waiting times that I became interested in the Blanton V-6.

Dave Blanton was right across the field from the Prescott team, so on one of my visits, I went flying with Dave. We had an uneventful flight, and the airplane seemed to perform better than a stock-equipped C-172, so I went home and proceeded to build up my own V-6 with the help of my brother-in-law Mike. 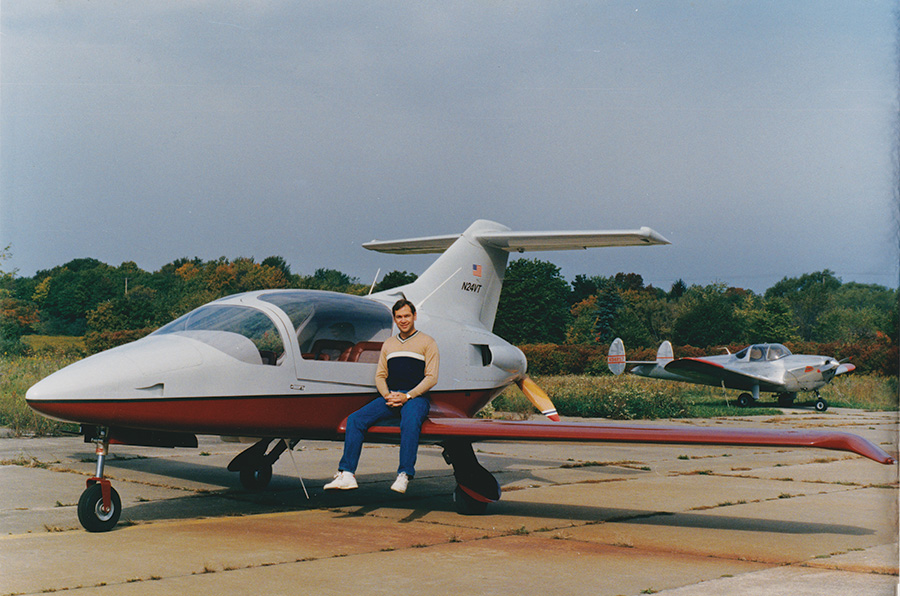 The author and his Prescott Pusher circa 1988.

As the building progressed, even the team at Prescott began doing some dyno testing of the V-6. It was rather crude, but it did show that the V-6 didn’t really turn the propeller any higher static rpm than the 180-hp Lycoming. Interesting. Since mine was going to be the first customer-built aircraft to be finished, I took stock and decided to stay with a proven engine. It turned out to be a good decision. There were a couple of fatalities on other Blanton-equipped Prescott Pushers due to engine failures.

The Prescott Pusher with the 180-hp Lycoming really didn’t match up to its marketing numbers. It ended up being a good 2+2 airplane, somewhat of a ground hog, and not really meeting my family’s needs, so I moved on. My solution: rent a four-place when we needed it, and still keep a hand in kit building.

So, how did I get back into Experimental aviation quickly, having just spent over two years building the Prescott and not having much to show for it?

Well, having just been to Oshkosh (that’s where we all get enamored with the new toys, right?) and watching Dan Denney take off across Runway 36 in his Kitfox, I decided I should build one. This is when the recommend engine for the Kitfox was the Rotax 582—a two-stroke! Carol then showed me a table from KITPLANES one evening that compared four-stroke aircraft engines to two-stroke engines, and clearly pointed out that the table for the four-strokes was labeled “Time Before Overhaul” and the table for the two-strokes was labeled “Time Before Failure.” Yikes. What now, Watson?

Well as luck would have it, Dan Denney was doing some work with an Italian company on a four-stroke, the KFM-112, so we proceeded to go that route. To make a long story short, there were some ignition reliability issues, and with the engine being newly coupled to the Kitfox airframe, there were not a lot of propeller choices, so performance suffered. 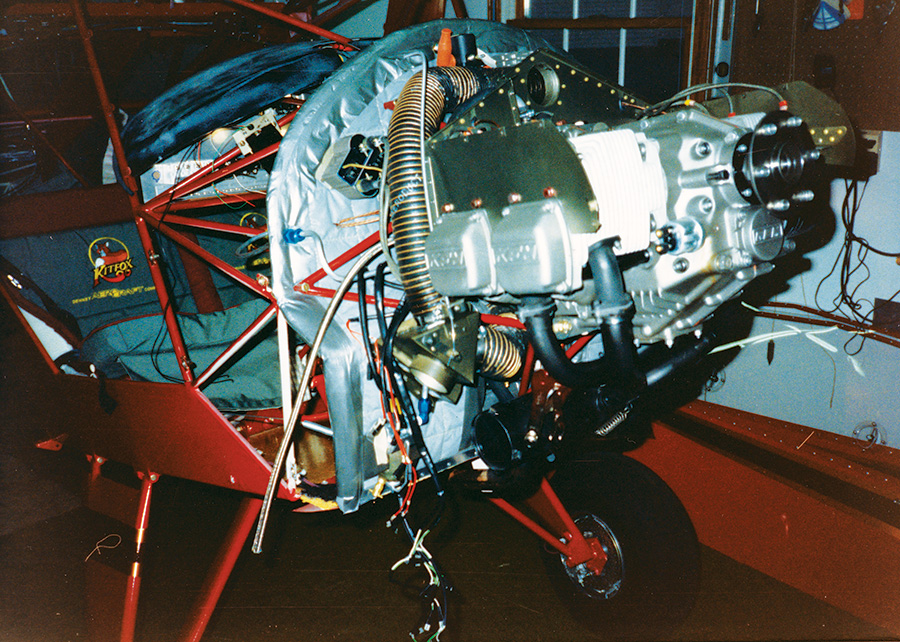 Here’s the KFM installed on the author’s Kitfox.

We did have one funny story with this experience. The dual electronic ignition systems on the KFM-112 put a lot of noise into the intercom and radio. I spent a fair amount of time building and installing various noise filters until I finally got it right one day. I took Carol for a ride to show her, and on the downwind departure I said, “Listen to how quiet both ignition systems are!” I then proceeded to turn off each ignition system independently. This probably ranks right up there with the infamous “Watch this.” I didn’t know it yet, but sometime between my ignition check prior to takeoff and the downwind position, one of the ignition systems had quit. When I switched the still-working ignition off, the engine stopped. Carol looked right at me and calmly said, “Yes, that’s pretty quiet.” I switched it back on and just proceeded to base leg and landed. 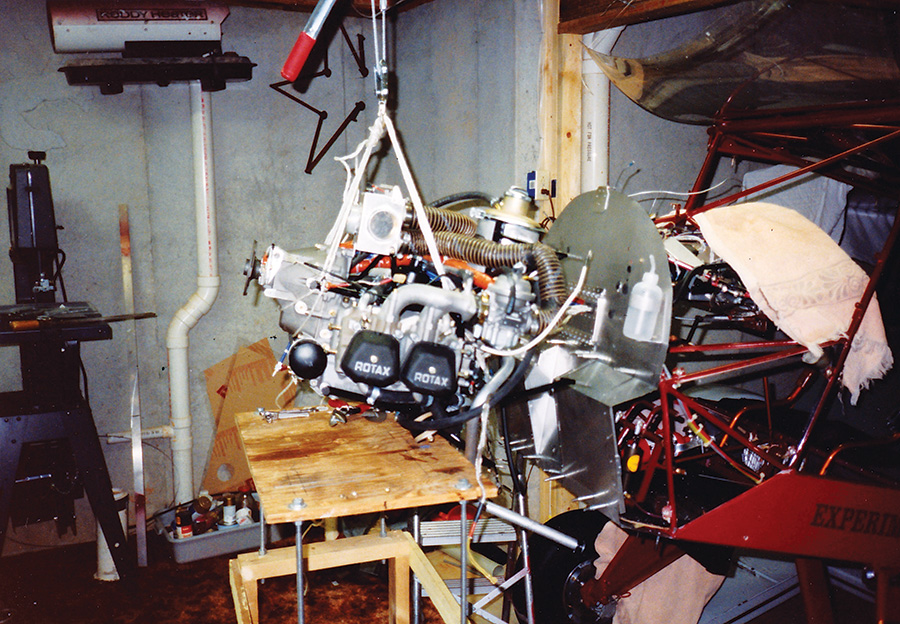 Replacing the original KFM with a Rotax 912 UL on the Kitfox Model II. Performance was much better, as was reliability.

We later re-engined the Kitfox with a Rotax 912 UL engine. I was hooked on this combination when I watched the climb rate that was more than double the KFM engine on its first flight. The rest is history. I just finished our third Kitfox with a Rotax 912S in the hopes that the kids will finally learn to fly. At least that is my excuse!

Alternative engines have come a long ways since the Prescott and early Kitfox days. As a DAR I’ve even licensed a few of them. Do I have any second thoughts on those? Not really. I know 98% of us are having fun with Experimental/Amateur-Built aviation because there were others before us who didn’t stick with the norms. I can cite all of the fiberglass airplanes that we have available today, from kits to commercial airliners, as one example. However, I do remind the builder to be careful, and that they truly are putting a little more “experimental” into their aircraft than the norm. I have seen some that have had a lot of success, and I have seen others that eventually gave up and re-engined their aircraft. A lot of that has to do with the mission requirements, and I usually discuss that with those who seek me out during the build process. 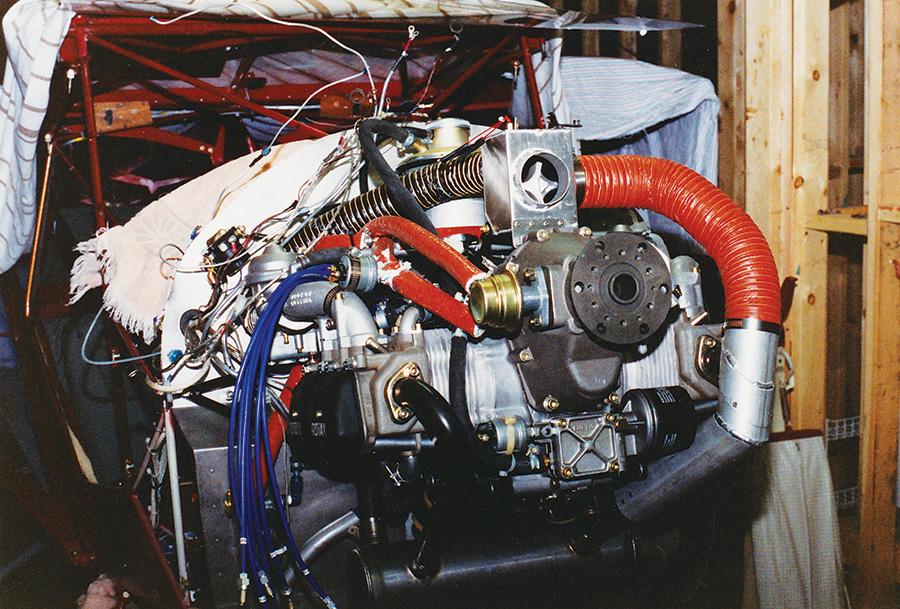 Here is the Rotax 912 mounted to the Kitfox. It was a nice installation that required no cowling modifications.

My opinion is that if you want reliability, if you are going to use your aircraft as a cross-country machine, and perhaps even some IMC flying, then I highly recommend that you do everything possible to make the engine compartment as reliable as possible. But if your heart is in experimenting or in trying new things, then why not go for it? It’s all about expectation setting.

I get asked often if there will be a longer Phase I period with an alternative engine. As a DAR we can add longer fly-off periods. But no, we can’t allow shorter periods than the order specifies, so don’t ask. I haven’t increased anyone’s Phase I time yet because the workmanship I have seen on the alternative engines has been beautiful. They weren’t done on the cheap and corners weren’t cut. On the other hand, I have seen some airplanes with proven engines that could probably use more than 40 hours. In all fairness, I tell everyone that it isn’t until somewhere around 100 hours that the airplane is really finished, meaning that all of its little quirks or wear items have truly presented themselves. And I caution everyone to take time in opening up the envelope after having completed Phase I. There really isn’t a need to make the first trip a night cross-country in IMC with the family on board. 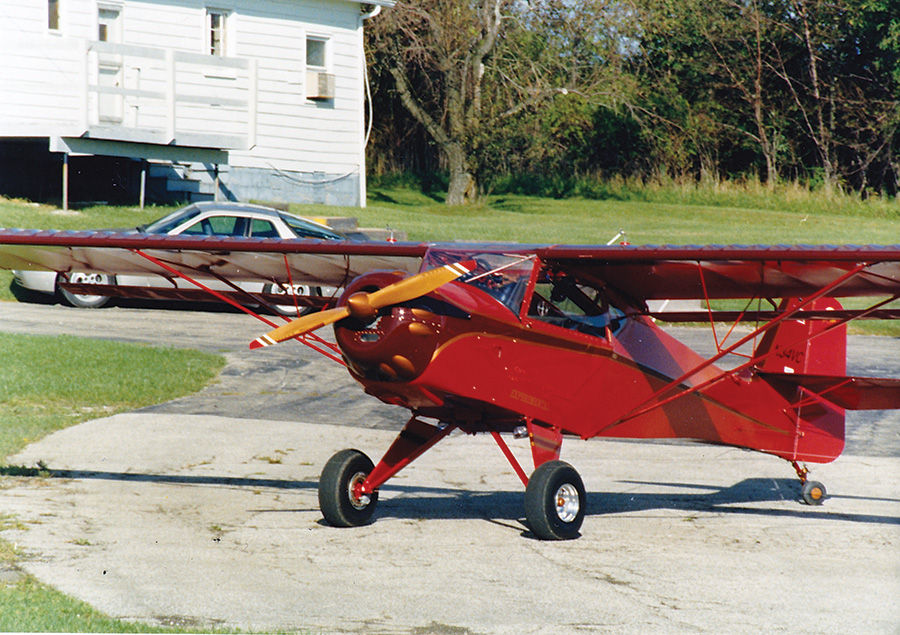 Here is the author’s Kitfox Model II with the KFM engine prior to the first flight.

By the way, this practice of methodically increasing the range and/or mission bodes the same for aircraft with standard engines. I recently helped a gentleman correct some problems with his newly purchased RV-10. The aircraft had a total of about 70 hours on it, but he had less than 10 in type. Fast-forward to a cross-country in IMC with the family, ATC not being able to hear him, and VOR reception limited to 25 miles or less! Not a fun trip. Turns out the nav and com antennas were connected backwards (yes, com was connected to the nav input and nav to the com output), and many of the avionics were incorrectly configured. Luckily, things turned out OK.

By the way, I’m also glad Van finally did market the RV-10. It’s one of the best four-place airplanes I’ve ever flown, and it has definitely increased my family’s fun factor.

So what’s the lesson from the Prescott Pusher and our first Kitfox with an alternative engine? Looking back on both, it would have been easy to get discouraged and give up on Experimental aviation. But I didn’t. They were lessons learned, creating new building skills and foundations for future waypoints in aviation with much better outcomes. I keep them filed in the “Diversions” category.

Tweaking an Engine/Airframe For Efficiency

Amy Laboda - April 16, 2010
0
When an aircraft engine is tightly cowled without cowl flaps, running hot can be a problem. But there are solutions, as author Amy Laboda found out after much research and experimentation.

Dave Prizio - January 18, 2013
0
In light of additional research and input from manufacturers, Dave Prizio revises some of his previous recommendations on testing your fuel system.