In February, when the FAA published the final report from the working group looking at “major portion” guidance, another proposal was floated to help manage what the feds believe is “excessive” use of commercial assistance in Experimental/Amateur-Built aircraft. That proposal centered on the Primary Category, a subset of certification rules introduced in the 1980s as a way to break an economic logjam in production aircraft.

In fact, the EAA and AOPA jointly proposed the category in 1984 because of two principal factors: Production aircraft were on the ropes, victims of an economic slowdown and ever tightening certification and production regulations, and kitbuilts were hot. Many people believed, at the time, that certified designs based on homebuilts could rid the land of boring Cessnas and pudgy Pipers, and all would be well. (Didn’t happen, but we’re getting ahead of the story.)

The Primary Category concept, much like what we have in Light Sport, was to reset certification and production approval standards in recognition of the fact that a simple, four-place airplane need not be certified to the same standard as transport aircraft. (This is, on the face of it, accepted among the more pragmatic builders and pilots I know, but is apparently difficult for regulators to grasp.) 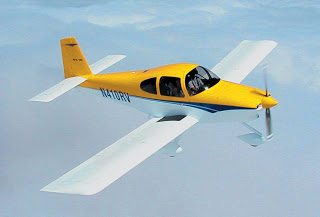 As originally drafted, the Primary Category was limited to single-engine, non-pressurized aircraft weighing 2500 pounds or less with 200 or fewer horsepower. Your basic quasi Cessna 172, in other words, but not a 182. Or a Cirrus. Or, more central to our concerns, an RV-10.

But the EAA provided feedback and the FAA took the surprising step of reopening the comment period in 1991. Among the changes were to bump maximum weight to 2700 pounds and, to keep stall speeds in check, to specify a maximum landing-configuration stall of 61 knots, the same limit imposed on CAR3 and FAR Part 23 single-engine aircraft. Originally, the 2500-pound/200-hp limitation would take care of the whole wing-area argument. If you limited power, the designer would have to provide enough wing to have acceptable climb performance. The specter of mini wings and high stall speeds would remain locked in the basement.

Instead, industry managed to convince the FAA that an equivalent level of safety could be found by limiting stall speed, which returned the possibility of good performance using more than 200 hp. The other main limitations were that the engine not be turbo- or supercharged, nor could the cabin be pressurized.

By the time the rule was finally implemented in 1993—nearly a decade after the initial proposal—the industry was beginning to rebound and interest in alternative certification means was waning. Homebuilt Experimentals continued to grow, and the few companies with the wherewithal to pursue certification realized there wasn’t quite enough of a market there to justify the costs. Quicksilver certified the GT-500 as a Primary Category aircraft and sold almost none. At the time, the category was a bust.

But how about today? Could, as the Aviation Rulemaking Committee suggests, Primary Category be the bridge between super-fast-build Experimentals and the turnkey (but noncertified) aircraft the market seems to demand? Is the so-far good record of LSA enough to make it viable?

Dick VanGrunsven thinks so. “I think there’s a lot of merit here,” he says. “We would definitely look at the category.” According to the Van’s Aircraft founder, the certification process could be simplified to follow the ASTM-formed process that underpins Light Sport aircraft. “It would cost us money to prove our aircraft met the rules,” VanGrunsven says. “But we think we would make it back. We could develop new kinds of quickbuild kits. With Primary, the whole ‘major portion’ goes out the window. We could even produce airplanes ourselves.” Conspiracy theorists might note that the RV-10 seems to fit the category to a T: It’s right at the maximum weight, can make the stall speed requirement, and uses a normally aspirated engine. But there are many worthy designs that clear the limbo pole with headroom to spare; and they make up the bulk of the volume in our world, if not the majority of the money spent.

Sure, but what of the high-end pressurized turboprops that are also in demand? By the definition of Primary Category, they’d be out of luck, too big, too complex to be certified this way. Indeed, the only way for these aircraft to survive a comprehensive makeover of the “major portion” guidance would be to backtrack on what is provided in the kits—moving a significant portion of the work back to the builder—and, perhaps, to recast the way commercial builder assistance is applied to the project. (Meaning: You can actually take one home and build it.)

Where will this all land? That’s the question on the lips of many in the industry. The worry is that Primary Category is going to be used as the passageway for highly complete kits to be sold and built (and receive approval) while the screws are turned on both quickbuild kits and commercial assistance. A way, in essence, for the feds to say, “Look, we’re not putting you out of business,” while creating a huge gap: much less complete kits on one side and much more expensive quasi-production aircraft on the other. There’s great potential for the legitimate builder to get squeezed out of the middle as the FAA struggles to put clamps on the abusers.

Patrick Thomson - May 14, 2010
0
This month well go through the step-by-step vacuum-bagging process for an aileron trimtab part to see how to deal with extreme contours.