In the Continental tent, back behind the vinyl wall separating the unwashed masses from the journalistic elite-thats a joke; we were just as hot and smelly-Teledyne Continental Motors new CEO Rhett Ross gave a brief update of the company’s recent past and a look ahead. In the last nine months, Ross has overseen a comprehensive shuffling of major management positions, including chief engineer. Initiatives to improve customer service, which I understand has been criticized in the recent past, have also been undertaken under Ross. Moreover, Ross and his team have hired several production leaders from the automotive industry, no doubt to help its quality control and productivity.

On the hardware side, nothing real new. The lightweight O-200 variant for Light Sport has finished Phase I of its FAA certification testing using avgas, and was to undergo a second phase that included testing on unleaded avgas and variants of auto gas. Continental is charged up about taking on the unnamed leader in the LSA market, which we all know is the Rotax 912, by using a simple, familiar engine that does well in weight. According to Continental, the dry weight of the new O-200 is 158 pounds, and the ready to go, turn the key and fly weight is, according to Ross, 209 pounds. The engine is first being offered to OEM but will go on broad sale in the fourth quarter of 2008. 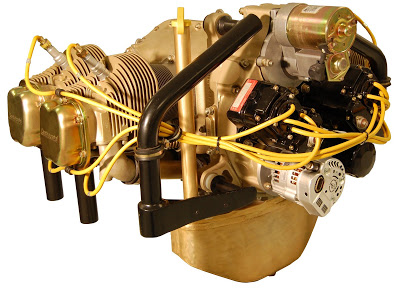 Continental has also concluded the move of Aerosance, the company it purchased that developed its FADEC (full authority digital engine control), from Connecticut to Mobile, Alabama. (I hope there was a generous relocation perk in there for the engineers.) Continental has long wanted to bring Aerosance more in house, and Ross alluded to the fact that now the sparkies and the gearheads can talk across the aisle and compare notes. Ross pointed out that two versions of the Continental/FADEC system were certified, one behind the IOF-240 in the Liberty, and an IOF-550 that is available to the OEMs and aftermarket, but, as far as I know, not yet used in a series-built model. A turbocharged model, the TSIOF-550, will be certified soon.

Ross broadly hinted at a second-generation FADEC using more off-the-shelf components, but would not be drawn out on whether a new system would incorporate direct fuel injection, as is now common in high-end cars. Surely, the system will be more sophisticated than the comparatively tame Aerosance system, which is also used in the Experimental market on a four-cylinder, 180-horsepower Lycoming. At the very least, Continental will have to catch up with Lycomings own new FADEC, which included electronic knock detection and control. Continental would do well to pay close attention to weight; the current Aerosance system is no lightweight.

Finally, Ross said that a heavy fuel engine-meaning a Jet A-burning compression-ignition powerplant, which you might just call a diesel-is in the works. This is a common refrain from the manufacturers who don’t have a diesel, but Ross says that Continentals project comes from ground up technology and will be a true aviation engine, which I took to mean it would not be a converted auto engine, a la Thielert. 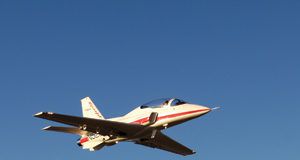 Ed Kolano - December 7, 2010
0
Pilots compensate all the time for aerodynamic effects such as ground effect, often without being conscious of it. By Ed Kolano.