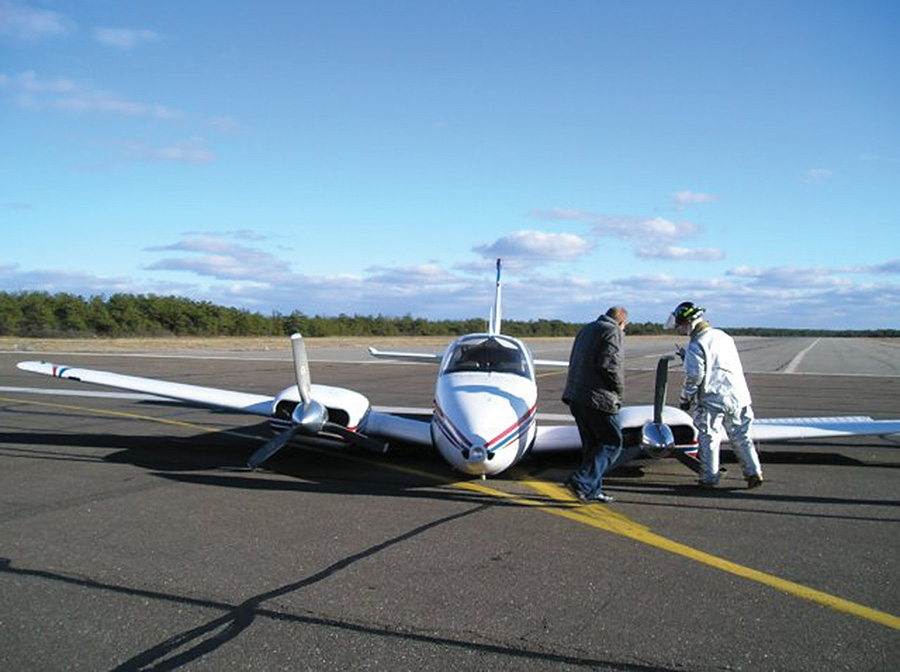 Eventually, most pilots will yearn for the fighter-pilot feeling that comes from folding the landing gear into waiting wheel wells while they streak skyward. That the actual speed gain from all the actuators and linkages averages no more than 15 knots is of no consequence. It’s the aura, the image, the panache of retractable gear that’s the thing. One can just imagine what the cleaned-up ship looks like to the envious masses of lesser individuals who have to fly with their wheels down.

Alas, every so often a pilot neglects to return his sleek retractable to a fixed-gear condition for the inevitable landing. The resulting gear-up landing, (a.k.a. belly landing, belly job, bellied in or screwed-up) means a lot of extra power is going to be needed to get the airplane to the ramp. Sadly, it isn’t the new-to-retractables pilot who typically makes a gear-up. Rather, it’s an individual who’s gotten complacent and fails to notice that he didn’t lower the gear—usually due to an abnormal situation that distracts his thought processes. 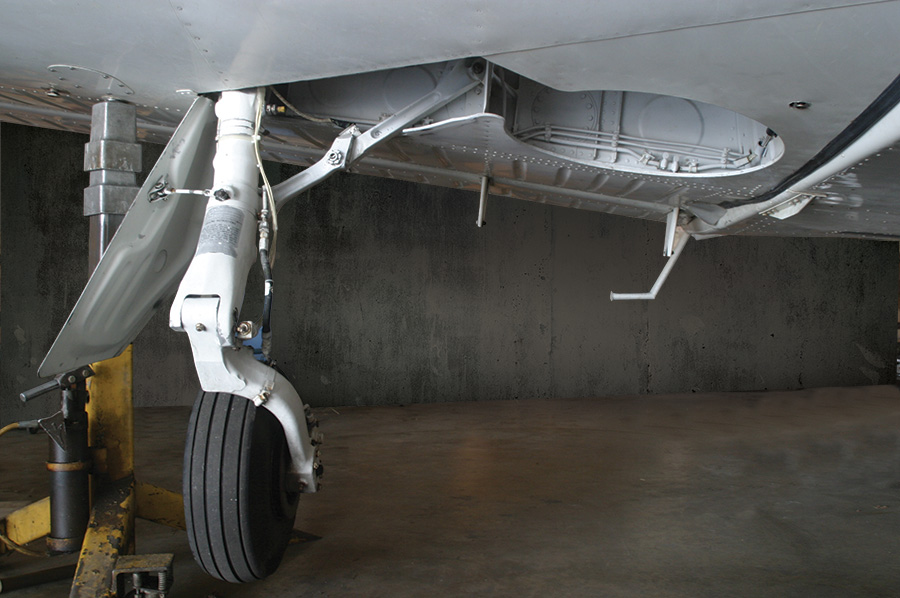 While mechanical linkages and mechanisms can fail on a retractable-gear airplane, most gear-up landings are the result of a short between the pilot’s ears. In simple terms—pilot error.

Insurance companies will attempt to reduce their risk of this happening by requiring pilots to log a certain number of hours in retractables, and in the specific type of airplane, in addition to the basic complex-airplane endorsement. Until these requirements are met, in-flight coverage is excluded. It’s debatable whether this does anything to reduce the gear-up accident rate, but it makes everybody feel better. The guv’ment used to leave all the decisions to the airplane owner, because there was no specific requirement for additional training when moving among single-engine, land aircraft. If somebody thought we knew enough to be trusted, or we trusted ourselves not to screw up, we flew away fat, dumb, happy and legal.

And then, about 40 years ago, the FAA figured out that it could shift some of the blame onto a flight instructor by requiring a one-time logbook endorsement, attesting to competency in complex aircraft after a suitable, but unspecified, period of training. If you had logged retractable gear PIC time before November 1, 1973, no endorsement was necessary. When separate endorsements for over-200 horsepower and retractable gear were mandated, the grandfathering date was moved up to August 4, 1997.

What can be so hard about pulling a gear handle or knob upward to streamline the airplane, and then moving it back down again for landing? From a risk standpoint, folding the landing gear opens up a whole new set of possibilities that didn’t exist before, primarily centered about forgetting to lower the rollers before landing. When an airplane slides in on its belly, expensive repairs are assured; the propeller blades turn into salvage, the prop hub and engine need to be torn down for careful inspection, sheet metal gets bent, and a host of things that stick down have their shape altered: exhaust stacks, cowl flaps, antennas, steps, flaps and hinges, gear doors and fairings. Whether or not the damage is extensive enough to require reporting it to the NTSB depends on the luck of the slide and how many blabbermouths witnessed the faux pas. I would wager that the FAA only hears of about 50% of the gear-ups. 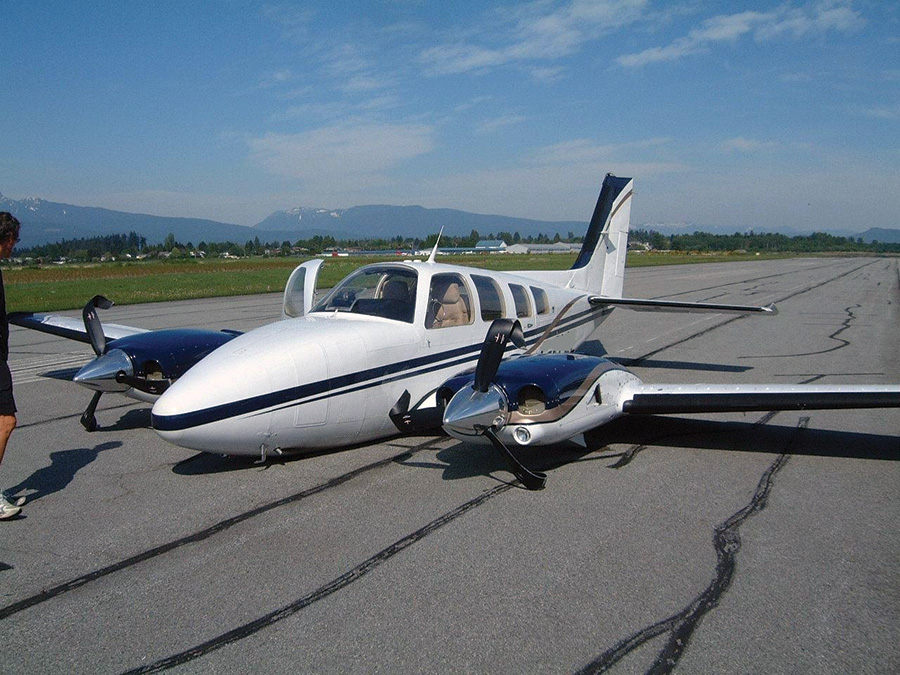 It is always embarrassing to find that you have landed right on the centerline but the wheels weren’t down. The price of sheet metal, propellers and engine teardowns make this a costly lesson to more than just the ego.

Why Weren’t They Down?

To be sure, there are intentional gear-up landings due to hung gear or failed actuating systems. Even though all complex airplanes have back-up methods of extending the gear (unless the system is so simple, as in the case of older manual-gear Mooneys, that failure is very remote), it is possible for prior damage or neglected maintenance to foul the sequence so that nothing works. People have installed replacement tires that were slightly oversize, without bothering to perform a retraction test on jacks, which left the wheels jammed in the wells like a glutton at an all-you-can-eat buffet. Hydraulic leaks have gone undetected for so long that the fluid level was insufficient to complete a cycle. The pivot joints of swinging-gear Cessna singles are famous for coming apart to leave a maingear trailing in the wind. And the Beech and Twin-Cessna systems, driven by a central electric motor through rigid torque tubes, often succumb to damage from touching down with the gear in transit, perhaps following a sporty cleanup after takeoff to entertain the crowd. All of these gear failures, even though precipitated by maintenance and operational errors, can trap an innocent pilot on a subsequent flight. 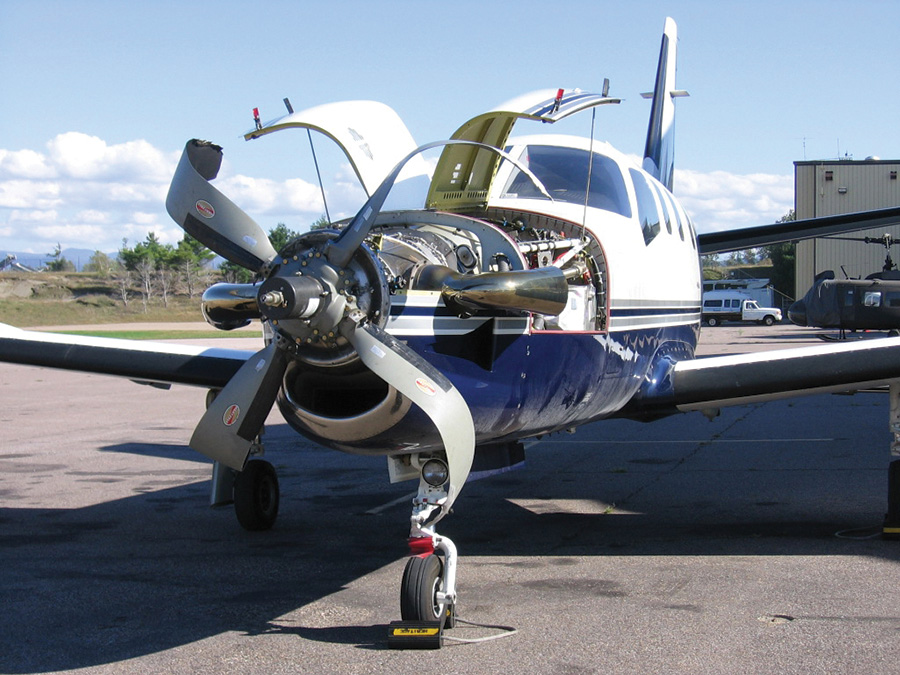 The confetti-like blades on this TBM tell the story—and it’s likely that once the airplane was jacked up and the gear handle moved to the down position, the wheels came right out so it could be rolled off the runway.

Protestations to the contrary, however, most gear-up incidents are still caused by an airlock between the ears. Recovery technique out on the runway usually involves jacking the aircraft high enough to let the wheels come down, turning on the master switch and seeing if the gear moves into the extended position—most of the time it does. The owner’s wounded pride is matched by the dual hit of a massive insurance deductible and the lowered valuation of his airplane, which now has acquired damage history.

There are multiple ways to receive warning of a shortened rollout—none of which are foolproof, or even idiot-resistant. The usual method involves installing a throttle position switch that actuates a warning horn or tone unless the gear is down; these are rigged to go off if the throttle is moved to a position approximating 12 to 15 inches of manifold pressure. Newer certificated aircraft also have an aural warning if flaps are set to a landing position with gear up. Years often go by without anyone performing an in-flight test to see if these warnings still work. Extensive use of noise-reduction headsets can also lessen the gear-up warning unless it’s piped into the audio panel.

Professional military aviators are not immune from the gear-up syndrome. Even an experienced crew can forget the gear after an eleven-hour flight.

Gear position indicators should be located in full view of the pilot—but they have to be checked to do any good. As with the gear-up warning horn, pilots can be distracted by other duties and fail to notice the dark gear-down lights. Pilots may move the gear control and never revisit the cockpit to see whether the green lights come on, the horn fails to blow with power back, and the sounds and feel are normal. Much of the time, approach power will be in the 17-inch range, well above the warning-horn setting. The real clue that the wheels aren’t extended is a flat glide, requiring earlier full-flap extension and nearly-idle power on final, things that aren’t usually done if the gear is down. If the cockpit setup allows it, I like to pop circuit breakers and dim lights during training to see if the pilot notices the lack of a gear-down indication. 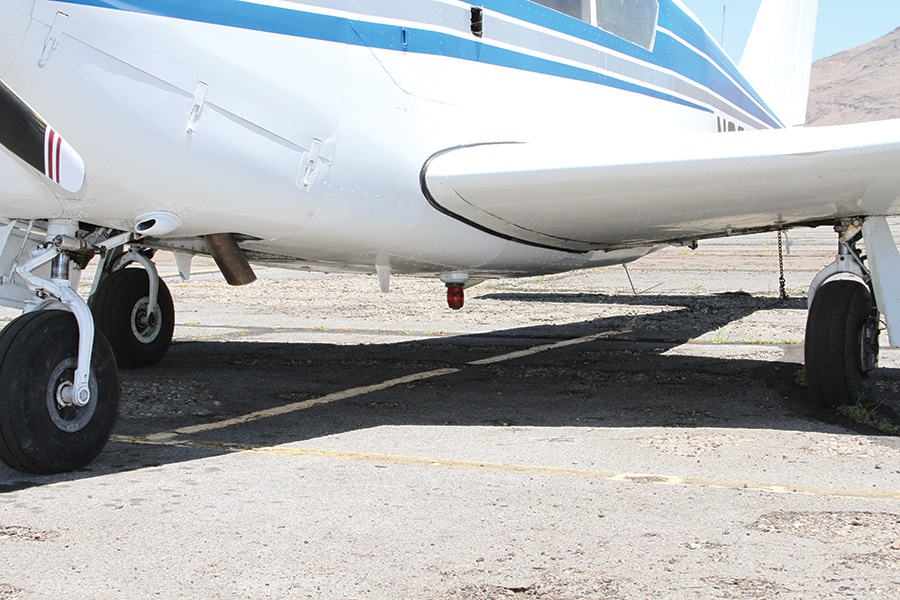 The price of a gear-up landing is more than just sheet metal—don’t forget all of those expensive lights and antennas that will have to be replaced.

Keeping It From Happening

What can we do to lessen our chances of having a gear-up arrival? First and foremost, maintain a sense of priorities. Flying the airplane, meaning operating its systems, comes first, so we need to submerge ATC or traffic advisory calls, passenger briefings and copilot conversation until we’ve done our pre-landing duties. The old GUMP (gas, undercarriage, mixture and prop) check is fine, but it’s easy to forget it if no downwind leg is flown, if another airplane diverts our attention or the tower asks us to keep our speed up for following traffic. Military-trained controllers give a “check wheels down” as part of their landing clearance, which you should confirm as part of your acknowledgement of instructions, but like the gear horn, lights and checklist, any litany goes unheard if you don’t prioritize. 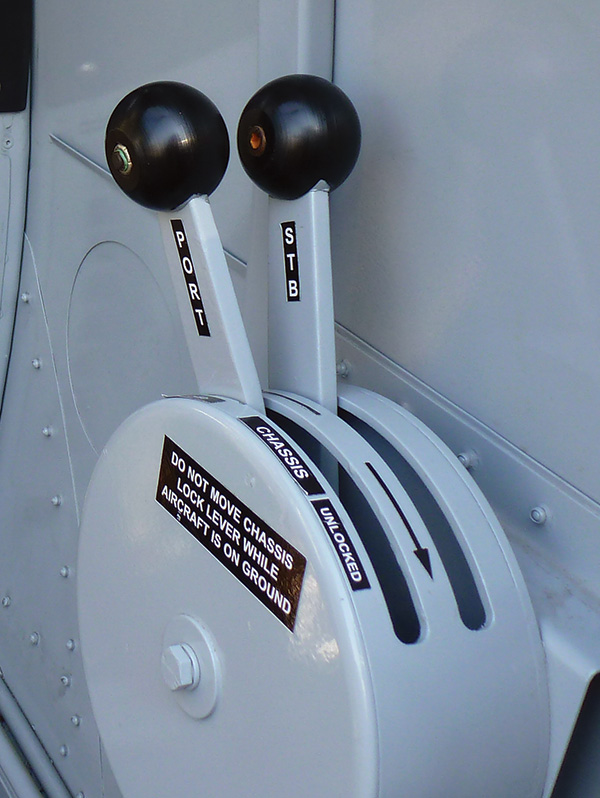 Not all landing gear operate the same way—especially in Experimentals. Make sure that not only do you remember to lower the landing gear—make sure you know how to do it as well.

To spot trouble, look around your cockpit. If something’s not right, either in the indicator lights, the look of the gear out the window or in a mirror mounted on the wingtip, or the way the power settings and airspeed are shaping up, go around, pull up and leave the pattern to check it out. An airplane coming down final with the wheels in the wells just nags at you to fix what’s wrong—pay attention to it. A friend of mine had total electrical failure in his Piper Arrow, and the battery was soon depleted, so the gear’s power pack would not run. He knew he was low on electricity and wouldn’t get the green lights, but he habitually put the gear switch down and began his approach, levering down flaps until he finally got the message in the landing flare, which floated on interminably. Power application saved him and he actuated the hydraulic bypass for a successful emergency extension on the next approach.

My own technique is to use a short-final check, after all other checklists and procedures are supposedly done. As the runway threshold looms in the windshield, I straighten up and query myself “gear down, props forward, cleared to land?” one last time. You may not fly a downwind and you may not make a base leg, but you always have to come down final.

So, if you really want that gear-up airplane, take the job of flying it seriously. Train yourself to prioritize the pre-landing checks. Learn the systems used to operate the gear, how warnings work and what is required for emergency extension. If you don’t want to bother with that, stick to a simpler design, where the gear’s always solidly down.

LeRoy Cook An experienced journalist with writing credits in just about every aviation publication that counts, LeRoy Cook brings a wealth of experience and perspective to his flight reviews.