Not too long ago a mechanic was called out to do a condition inspection on a Glasair II TD that had been purchased at an estate sale. The builder had been known for his excellent craftsmanship across several builds during his lifetime; his death was a loss for the community. The new owner had known the builder, even helped a bit with the build. He’d seen the aircraft fly many times, and was excited about owning a Glasair with such a pedigree.

That excitement was tempered, however, when the mechanic sat him down and explained that the airplane had a big problem. Pushing the pristine airframe and engine logbooks across the table to the owner, he told him the good news was that the airplane did have an airworthiness certificate and a set of operation limitations. Unfortunately, though, the only written entry in the logbooks was the initial DAR signoff from the year 2000.

Over the course of more than a decade, during which the aircraft had flown more than 300 hours across the U.S., the builder had never documented a Phase One test regime, a condition inspection—none of the other required logbook entries. The engine was used and came off another airplane—and that log existed—except the builder had never documented any maintenance there, either. His wife searched his papers for notebooks, Post-its, scraps, anything that could be considered documentation. Legally, the aircraft was unflyable without them.

Eventually the decision was made to treat the problem as if the logs had been lost. The mechanic followed the FAA guidelines in Advisory Circular 43-9C, Section 12, which provides guidance on how to reconstruct aircraft records for factory-built aircraft. It was the best idea he could think of, despite the fact that this was an Experimental/Amateur-Built machine. 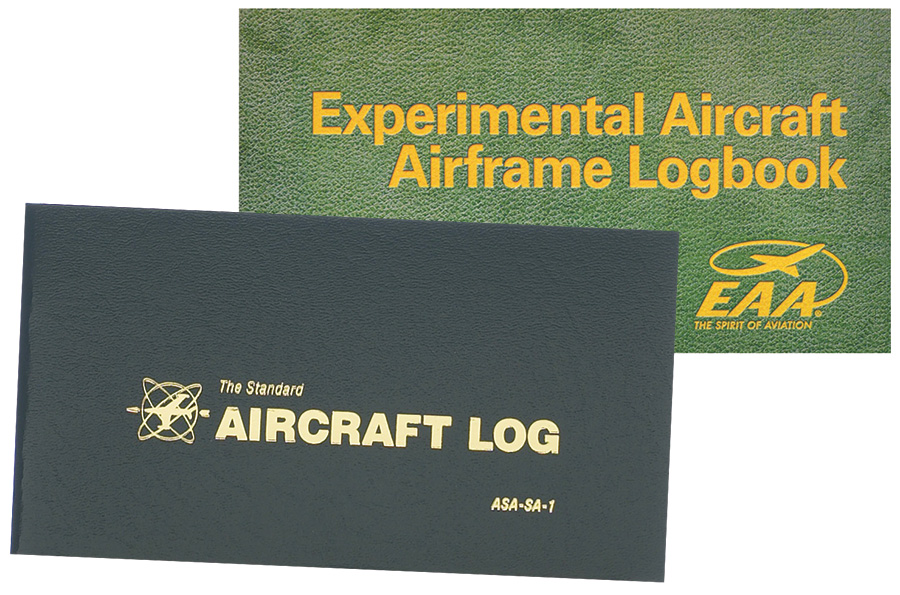 All builders know, an aircraft isn’t complete until the engine, airframe and propeller logs are properly annotated.

A timeline was established for the engine, propeller, magnetos, and other parts that wear out or require repetitive inspections. All airworthiness directives (ADs) and service bulletins were complied with, and descriptions of the procedures were properly logged. It was established (by the new owner) that the Phase I test program was complete and logged properly. At that point the mechanic performed a condition inspection, and he put these determined words into the log:

“I certify that this aircraft has been inspected on (insert date) in accordance with the scope and detail of appendix D to Part 43 and found to be in a condition for safe operation.” The entry included the aircraft total time in service, his name, signature, certificate number, and type of certificate held. The airplane was finally legal for the new owner to fly with passengers.

A worst case scenario? Yes, it is. The majority of homebuilders are just OCD enough that the paperwork, along with the handiwork, always gets done. Besides which, it must get done to receive an N-number, a DAR or FAA inspection, required operation limitations for the airplane; really, you’ve got to do paperwork to get the paperwork you need to legally fly in the U.S.

Logging maintenance is an art—you’ve got to be specific and detailed. Good repairmen and A&Ps take the time to note any regulations they complied with, as well as Service Bulletins or Airworthiness Directives. Details are critical here.

At that point the majority of builders apply for and receive the repairman certificate for their aircraft, and from that point on, they can sign off the condition inspections. The good repairman remembers that part of the deal to keep their aircraft legal is that pesky paperwork. It’s also key to the residual value of the aircraft (machines with no paperwork are worth considerably less on the open market).

So, who else can legally work on your Amateur-Built Experimental? Anyone…until it is time for the aircraft’s yearly condition inspection. At that point either the person with the repairman’s certificate for that N-number aircraft or an A&P must be brought in.

And what if you do all the condition inspections yourself because, say, you are the repairman or a certificated A&P? You may still want to participate in some sort of “eyes on” maintenance sharing program, or at the very least invite a factory representative or Experimental Aircraft Association (EAA) volunteer tech rep who is experienced in your aircraft type to occasionally take a hard look over your machine.

Why in the world would you invite another expert in to do that? Because we are all human, and humans miss things, misinterpret directions, and are anything but infallible (unflappable, yes—infallible, not so much). Nobody’s perfect, man.

The problem with going year after year as your own maintenance professional without an occasional checkup from neutral eyes is that those tiny little mistakes, many of them just paperwork errors perhaps, add up. And then one day something big happens, and the FAA wants to see that paperwork, and wants to dissect your machine. You’ll suddenly discover that they are not so lenient about bad paperwork (the FAA loves paperwork—for some of those guys, it is all they really know how to do). Worse though, if you carry insurance, is that the company might not pay out. Yep—every policy contains language essentially saying that your side of the bargain is that you will keep the aircraft in accordance with the FAA regulations of the time. This deal includes the paperwork.

Let’s move beyond the paperwork—that point’s been made. Mechanics, even good ones, can miss inspection items on an aircraft, too. It could be as simple as required placards that either never got into place or went missing at some point. Maybe there is a better technique for routing a problem cable, or a fix for an annoying little glitch you’ve been putting up with. Wouldn’t it be nice if someone, perhaps a kit aircraft factory rep, came by and gave you the hint on tweaking it so the glitch went away?

Then again, it could be that he’ll note a critical service bulletin from the manufacturer that you missed or decided to defer. He may have compelling reasons you didn’t know about for why you should make the fix. My mechanic deferred a fix like that once; then the nosewheel seized somewhere right around rotation on the very first takeoff as a result. Needless to say the very first landing was suddenly a considerably riskier proposition, and taxiing back to the hangar was out of the question. The nosewheel was rebuilt and the fork changed out before the airplane flew again.

Airworthiness directives are another snippet of paperwork that flies by maintenance personnel on a daily basis, and some of it could pertain to TSO’d equipment or certified parts flying on your bird. If it does, well, welcome to the gray zone. The FAA would like you to perform every AD that is put out by a manufacturer, but it never really pushes that point for Experimentals in the regulations (find me the word “must” or “mandatory”). The strongest language out there is that owners should “address” ADs that affect their equipment. And that’s the EAA talking.

Enough semantics, though. If there is an AD on an exhaust system, say, and your engine uses that exhaust, and you choose not to address it, and then…yeah, you know where I’m going. The FAA is likely to point this out to you in the aftermath, and your insurance company may try to use that not to pay off in the case of a claim resulting from the failure of said part. Going back to the manufacturer is probably not going to play out in your favor. After all, it did what the FAA told it to do: it issued an AD.

So how do you manage to exist, maintenance-wise, with your aircraft if you don’t have other experts in your type nearby to lay eyes on your craft from time to time? Do yourself a favor and reach out to type clubs, join email lists (once known as listservs), type-specific chat rooms, or Facebook pages, and while you are there, communicate.

Yahoo.com and Matronics (www.matronics.com/emaillists/) are the keepers of numerous type-specific email lists, which are essentially group email chains that are archived on their sites. A simple search on an email list homepage will generally bring up reams of information for just about any problem you might have or question you need answered about your build. These groups are fantastic places to lurk before you buy and build. You’ll find out nearly every concern that builders and owners are having about their aircraft. And during the build? These people share more than information—they share expensive construction tools designed for specific tasks, mailing them back and forth to members on an as needed basis, using an honor system that works beautifully.

Worried about your computer’s security or your identity being stolen somehow if you reach out to one of these groups? Don’t. No one is going to ask you for critical identity information and you can opt-out with a single click from any newsletter or push-email associated with the group, if you choose. Signup is easy and most groups allow a screen alias. Topical two-way conversations (and non-topical ones) are encouraged to move offline to private methods of communication (email or phone). Political diatribes are not tolerated. Neither is outright dissing of another group member, or even a manufacturer. The groups are for building, not tearing down. Moderators make the decisions concerning those details, and try to keep the forums focused.

One of the best places to start looking for a type-specific forum for your craft is at your kit manufacturer’s website. It is likely to be found under a label such as “Community,” “Owner’s Resources,” “Support,” or even through clicking on an icon labeled “Blog” or “Facebook” on the manufacturer’s homepage.

Once you become part of these organic, creative problem-solving virtual groups that are made up of as many experts as plebes (yes, manufacturer reps and equipment installers participate in these lists, too), you’ll soon discover at least one or two items on your aircraft might need revamping. Service bulletins with manufacturer fixes will come to your attention more quickly, and I can promise you that the discussion around any maintenance issue is likely to be lively and productive. You will learn things about the aircraft you fly and maintain, and it will help you to keep it current, safe, and even legal. This is good for you, and it is good for the aircraft. Should you ever want to sell the aircraft, it is going to be good for that, too.

So consider joining an online group and utilizing its crowd-sourced collective genius about your machine. Because even the oldest and most experienced of us can learn something new. Better yet, you may have a dollop of wisdom that is ripe for sharing and can add to the collective wisdom surrounding the airframe you fly and maintain. That would be a good thing, too. 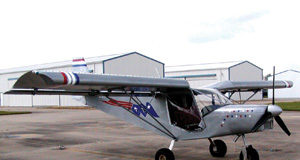