When you’ve been flying an individual homebuilt airplane as long as we have (22 years, to be exact), you encounter a lot of opportunities for improving on your product. Occasionally these “improvements” come because of malfunctioning equipment. That’s certainly happened to me. Yet every now and then, you just want a little change. Either way, the retrofit process is an opportunity to get to know your machine a little better and possibly uncover issues you didn’t even know you had. And, if you picked the right mod, you just may make your days flying more rewarding.

Our Little Bird, an early Kitfox IV with Sportster wings, was always just a wee bit different than the other Kitfoxes on the display line at any fly-in we attended. Its short wings, lacking droop tips (a hallmark of the line at the time), set it off.

We could not afford a Rotax 912 powerplant back then, so it was originally engined with a Rotax 582. That was swapped out for an engine that was fairly ubiquitous in Australia way back in 2000, the Jabiru 2200. I think we swapped props a half-dozen times too (well, it feels like that) until we found one that turned up that engine just right. 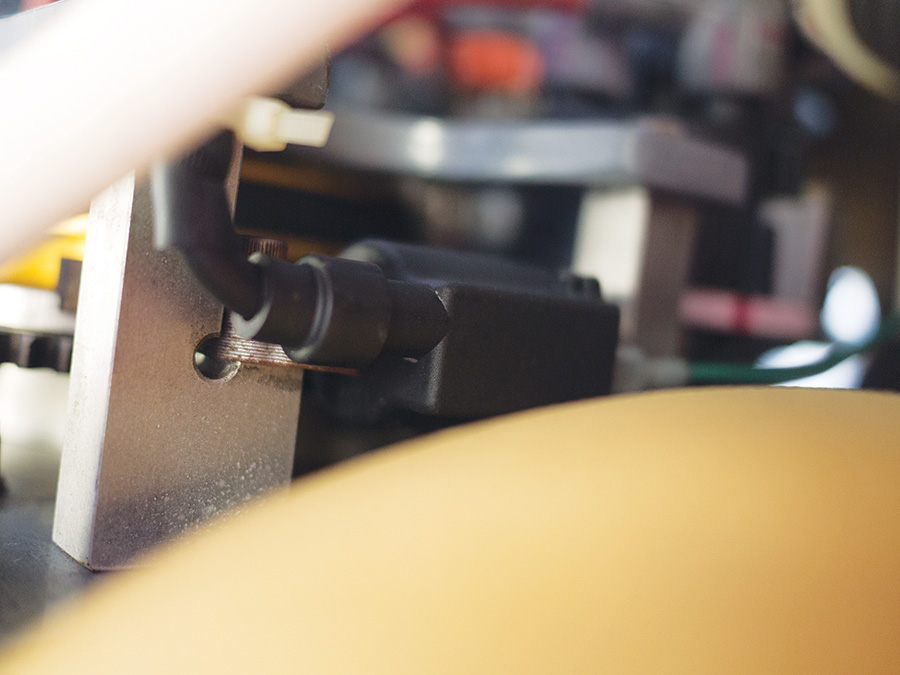 Somewhere around then, we pulled out the flaky analog engine instrumentation we’d tinkered with for years. These round dials suffered in the Kitfox instrument panel because the instruments were so close together that their individual magnetic fields conflicted with each other, resulting in odd indications. They interfered with the compass, too. (These older Kitfoxes are known for their lack of panel real estate.) We upgraded to a GRT Avionics electronic engine instrumentation system (EIS), which was a pretty fancy box for a plain-vanilla Kitfox such as ours. It turned out to be a great investment—that original solid-state box is still cranking away in the panel today, providing EGT/CHT information, oil temperature/pressure, electrical system information, and more. About the only function we don’t have it hooked up for is fuel. Why? Well, in our plane, you only need to look up and you can see the fuel sloshing in the tanks. Calibrated lines made with a Sharpie indicate how much fuel is actually left in either wing-mounted tank. As you might have guessed by now, the airplane’s interior is barebones—not so pretty. But pretty simple and functional. That’s basically how my builder rolls.

About five years ago, he changed out the original bungee landing gear for the new Grove spring aluminum legs when one of the kids wanted to learn to fly. Why bother? Well, we decided that the airplane’s gear needed a little more durability. After 25 hours the kid was finally touching down straight and sweet, without lurching across the runway in imitation of Mr. Toad’s Wild Ride. I’m pretty sure the bungee gear would not have dealt with those sideloads with the same resilience as the more modern spring aluminum. 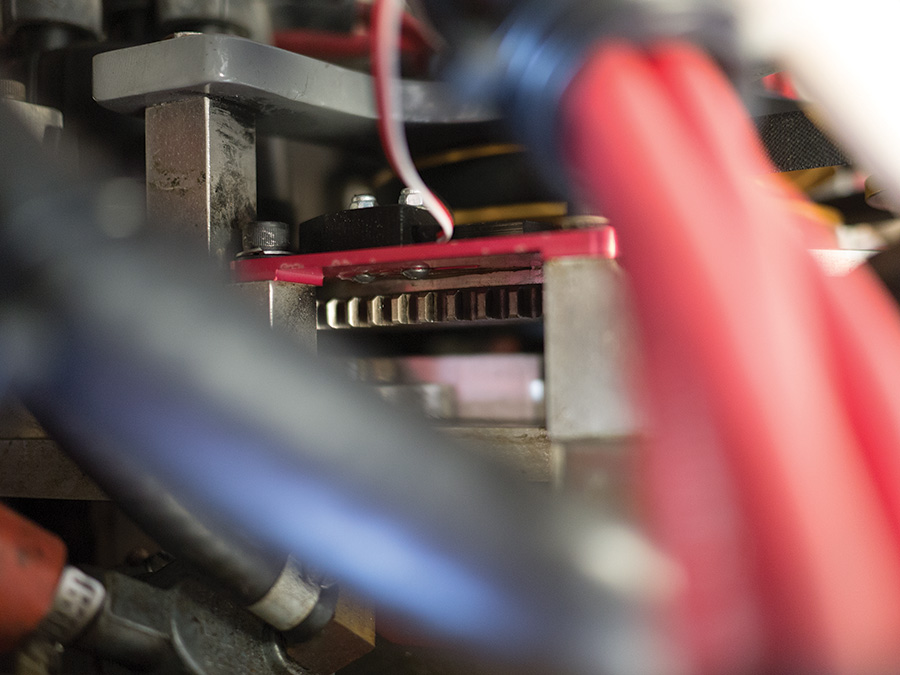 The Hall effect sensor (red) installed between 1 mm and 4 mm from the Jabiru engine flywheel, replacing the right hand magneto.

Rotec to the Rescue

Most recently our upgrades have been less visible, but true to form, they are all the more functional. Last year we took advantage of Australia-based Rotec Aerosport’s alternator upgrade for our Jabiru engine [“Finally, an Electrical Fix,” December 2014].

Rotec Aerosport came onto my radar when company founders Paul and Matthew Chernikeeff produced a beautiful little radial engine, the R2800, back in 2001. I saw it first on a classic gyroplane, but it was meant for the Kitfox (and eventually a rendition of that engine found its way onto one—not mine, sadly).

Around 2010 the company began to produce upgrades and fixes for Jabiru engines, including liquid-cooled cylinder heads and real alternators, such as the one we ordered. The alternator we received was for the larger, six-cylinder Jabiru engine; but with careful research and creative application, my builder was able to adapt the alternator to the Jabiru 2200, and it works great, offering us plenty of power for the radios and lights in the aircraft.

This past winter he added a new starter to the list of upgrades. And it helped kick over the peppy little engine most of the time. Except for cool days. On cool days it felt as if nothing would turn the engine fast enough to get a good start except the start-cart. It finally sent us back to the drawing board, where we discovered we were not alone. Other operators of the Jabiru felt that the standard Jabiru ignition was the problem. It works fine for most of its chores, except during start. There its magneto coil just could not keep up and generate enough spark to kick over the engine.

It turns out that Rotec has a solution for that problem, as well. The company makes an electronic ignition it calls E-Ignition that turns the Jabiru engine over nearly instantaneously. You don’t even need a fully charged battery or high cranking speeds to generate sufficient spark for an engine start, according to Rotec.

It sounded so good that we thought, heck, should we just get two and toss the old magnetos? Turns out Rotec doesn’t want its customers to do that. While it is possible to run dual E-Ignitions, the company recommends just one of its E-Ignition systems alongside one original magneto. The combination offers both the performance of electronic ignition and the redundancy of an old-fashioned magneto. That seemed like wise advice when we thought about it (and more economical, too).

Our order went in, and we waited for the box to come from Australia. No, it did not come on a boat. Good thing, with the state of West Coast U.S. dock labor relations earlier this year!

What’s In the Kit?

Installation was booked at three hours, but give yourself longer (see the sidebar for more information on a typical Jabiru magneto system). The job requires removal of one magneto; we chose the right-hand magneto; and then installation of the new Hall effect sensor that replaces it. When the Hall effect sensor is mounted, it is 1 to 4 mm from the magnets, where the magneto was considerably closer, at approximately 0.3 mm. Don’t worry, though. The Hall effect sensor is extremely sensitive—it works. The removed magneto coil can be kept as a spare. We mounted the coil and wiring harness to the motor mount and modified the wiring per the instruction manual.

For most installations the ignition modules are mounted directly to the firewall, as ours is. That said, a few installations are plagued with excessive heat from the engine that carries to the firewall. Not good for electronics. The ignition module must use a conductive source other than itself as a heat sink in that case. We fabricated a heat sink out of aluminum with at least a 10-inch2 (64 cm2) single-side surface area. Setting up airflow across the area isn’t a bad idea, either. Your other alternative is to find some place other than the firewall to install the module.

On a typical Jabiru there are two separate ignition switches used to ground the “P” leads of the two magneto coils. The magnetos are live when the contacts are open, and are off when closed when the “P” leads are grounded. One of those switches can serve as the electronic ignition switch by rotating it 180 degrees and changing the wires from switching ground to switching 12-volt positive potential. 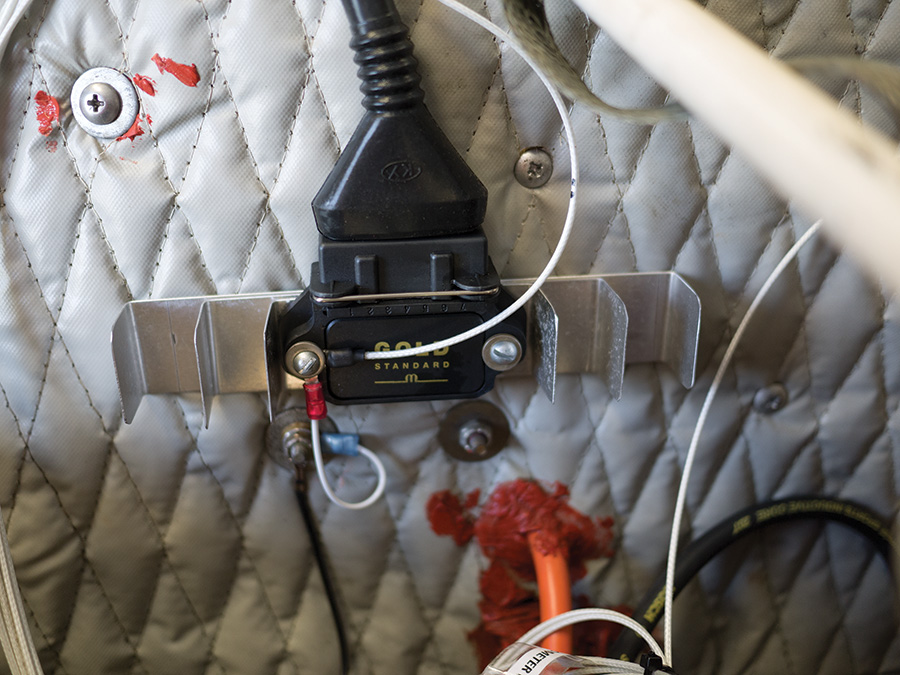 Of course, ours is different. We had a typical rotary switch, with positions for R, L, and Both. We tied the R position on the rotary switch into the L position; essentially this means the only position on the switch in which the magneto is ungrounded is Both. Then we added the 12-volt power switch to control the E-Ignition. A 15-amp fuse, at minimum, is recommended by the company. The Jabiru electronic ignition upgrade draws approximately 1.8 amps at cruise. 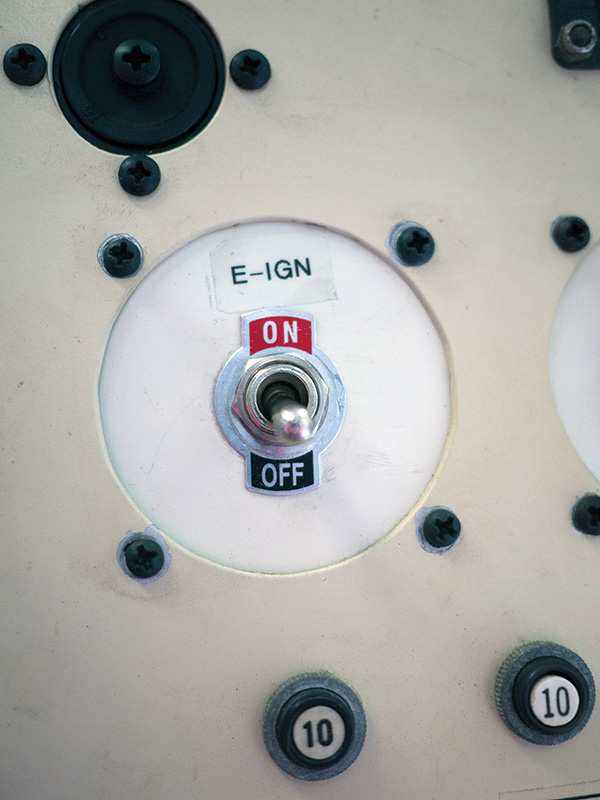 The new ignition switch on the instrument panel.

How does it work? While the engine is cranking, you engage the ignition through the panel-mounted switch. You have to wait for the prop to turn one or two blades before you engage it to prevent kickback (this is because the product produces a very hot spark and has fixed timing at 25 degrees before top-dead-center [TDC]).

Is this more complicated than the starting procedure we had before? Yeah, it is. And how do I feel about adding complexity to an otherwise simple airplane? Honestly my feelings are a little mixed, because I am the one who has spent far too much time on the ramp at out-stations trying to get the stinker to fire up (waiting until the thermometer climbed north of 70 F most of the time for success). Now the engine starts every time after two blades turning. So, is it better? Um, yes. Definitely. Enough said.

What is the Jabiru Magneto, Really? 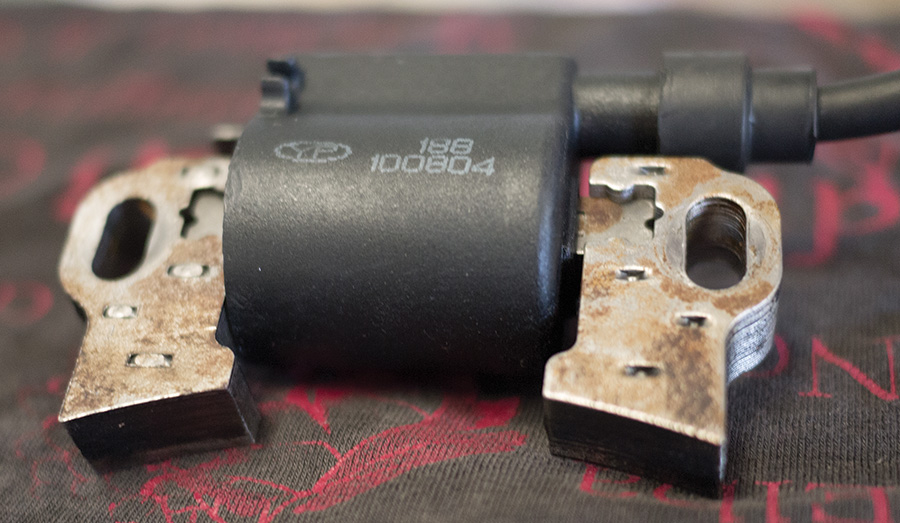 The magnetos on our Jabiru 2200 don’t exactly look like the one on my Lycoming IO-540. Yes, they are smaller, but there is more. The ignition system on the Jabiru, according to the manufacturer, is a transistorized electronic system consisting of two fixed coils mounted adjacent to the engine flywheel and energized by rare earth magnets attached to the flywheel. The magnets fly past the fixed coils, creating a high-voltage current that is transported by high- tension leads to the center post of two automotive-type distributors (really just rotors and caps) before being distributed to the spark plugs (also automotive).

Dave Martin - February 15, 2008
0
The state of Oregon has a new law that mandates using ethanol in all auto fuel, potentially affecting thousands of pilots, especially owners of most of todays Light Sport Aircraft powered by the ubiquitous Rotax 912 engine. It may not be too late to take action against similar legislation that could be brewing in your state; by Dave Martin.

Vic Syracuse - December 19, 2020
0
Engine controls, and all other controls in the cockpit, should be labeled as to...