Have you ever seriously considered what it was that got you started in aviation? I am sure that many pilots know the exact moment, the exact impetus—the very place, time, and event that got them fascinated by flight. But my experience has shown that many others simply don’t know why they are enraptured with the thought of flying and flying machines. They simply are and feel like they always have been. I am afraid I fall into that second category, which makes it very difficult for me to get involved in a meaningful way with figuring out how to get the next generation hooked on playing with aeroplanes. I can’t understand why they aren’t already. It’s sort of like a sighted person trying to describe color to one who has never had the use of their eyes—the vocabulary simply isn’t there. 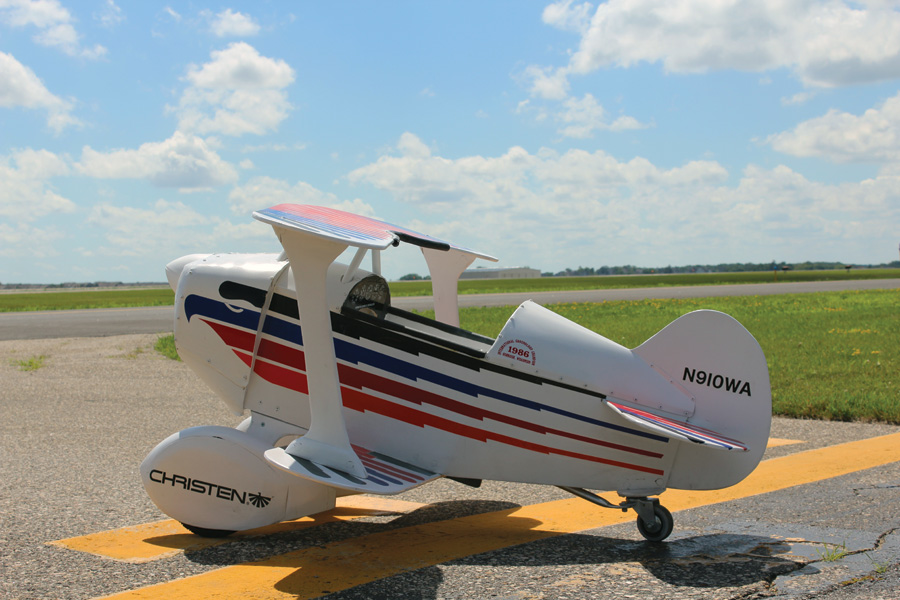 Building a pedal plane is a great way to get youngsters interested in aviation. (Photo: Tom Brusehaver)

For those who know why they love aviation, the reasons vary. For some it is pure transportation. The classic case is the man or woman who has business at many locations within an hour or two of flying time from their home. Getting in the plane to visit multiple locations saves so much time that their business booms; it is as if they have multiplied themselves to get more done. As an aside, I remember watching Sky King as a lad, enraptured at how they treated the airplane like my parents used a car—or I used a bicycle. They hopped in and went where they needed to go, regardless of time of day. Later, when I became a pilot in the middle of the United States, I wondered how they could have done that; weather always seemed to be an issue in the real world. Later, after moving to the western regions of the U.S., I understood. For much of the country west of the Rockies, weather just really isn’t an issue most of the time—you get in and go! So for those who look at flying as basic transportation and can make it work, airplanes are just a part of life.

Others are clearly bitten by the bug because of the excitement and adventure of aviation. Seeing the earth from above, the speed and freedom—it is yet another of the various thrills to be experienced in the modern world. Many in this category have tried a lot of different things to get their adrenaline rush: skydiving, rock climbing, boats, motorcycles. It’s all good, and airplanes are just another step. I get that—it is understandable how flying can hook one looking for excitement.

But then we have the category of folks like me who simply have what seems like an inbred need for flight. It’s not true of course; I really don’t think that flight is in our DNA. I think that somewhere, somehow, we get hooked, be it from a parent, from a TV show, from a movie, or the call of a book. I suspect that in my case, being surrounded by people who had recently fought a world war—many of whom talked and wrote about their experiences—there was a romantic excitement that surrounded aviation. It was something that not just anyone could do. And for a scrawny kid not very good at sports, it provided a way to excel in something that few others chose to try. It wasn’t the influence of a parent who flew—mine didn’t, although they were supportive—but there were people I met who were influential. Quiet, but supportive.

It has been my observation that aviation tends to skip a generation for some reason. Yes, there are boys and girls who grow up in an aviation family, with opportunity and resources to fly whenever they want. They solo 15 airplanes on their 16th birthday and inherit their parent’s FBO or airplane company. But many more simply don’t get the bug from their flying parents. I have no idea why this is so. But—and this should put a twinkle in all of our eyes—the generation after that seems to once again become infatuated. I hate to say it folks, but the pilot population is aging. That’s just a fact, and we all know that without new blood, the field is in danger of becoming nothing but a bunch of remote-operated flying machines. Ahh…but since we’re aging, that means a great many pilots are now grandparents. And if your children weren’t so interested in your tales of joy in the air, weren’t excited by the adventure of flight, empirical evidence suggests that your grandkids might very well be primed to be infatuated.

Are you currently building an airplane? Get the grandkids involved! Teach them how to rivet, how to sew, and dope fabric. Order a few extra parts so they can ruin a few, and you’re still covered to finish your plane. Take them flying, of course, but make sure that they understand the romance of aviation. Teach them about Lindbergh, about Doolittle, about Saint-Exupry. Show them two sunsets in five minutes from the air. Introduce them softly to the world of flight, and if the bug bites, spend the time and money to take them places—just for fun. Build them a pedal plane (see page 6) so that when their friends are scooting around on plastic wheeled devices from the big-box store, they are sitting proudly in their own Eagle or P-51.

Yes, take kids on Young Eagles flights if you have the opportunity, and take the time to look at kids that you can influence for more than just one flight. If you have no grandkids, adopt them (unofficially) from the neighbors. Invite them to participate, and spend some money to get them on board. Burn the gas, buy the parts, invest in the future. I was fortunate to have adults who invested in mine, and it took me years to understand that it wasn’t just their time—it was their money—that effectively subsidized my way into aviation by giving me cut-rate flying time in exchange for the sweat equity of working on airplanes and sweeping the hangar. And you know what? I would have done all that for free!

As the holidays approach, think about giving the gift of flight—if not literally, then figuratively—by exciting the spark of aviation in your grandkids, your own kids, or the kids next door. The future is going to come no matter what. The question is, will aviation as we know it still exist?