The snow is beginning to melt, the sun will be greening things up, and airplanes will be emerging from hangars across the North American continent to stretch their wings on a more frequent basis. Yes, spring is around the corner, and fly-in season is here! While I know that our readers south of the equator have been enjoying their summer and are thinking about the coming cold months, those who have flown less frequently through winter in the north are looking for places to go, things to see, and people to meet. And the annual Sun ‘n Fun event in Lakeland, Florida, will kick things off as usual. Organizers spend a lot of time getting the grounds, the attractions, and the volunteers ready for a major event like this (see page 14), so the question is, what are you doing to prepare? 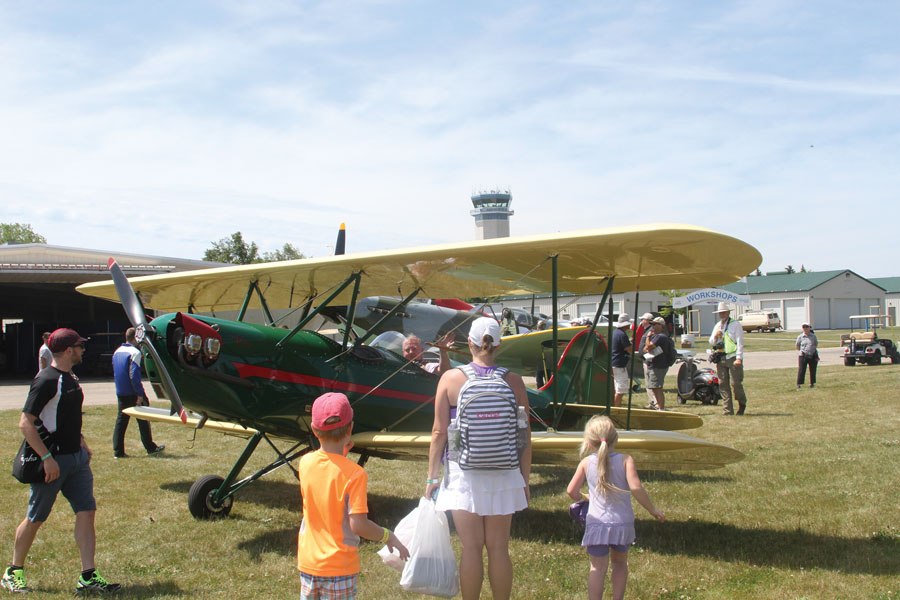 You can’t be too careful at a fly-in. Not everyone in attendance knows to keep a safe distance away from propellers.

Certainly, your airplane needs a good going over if it has been sleeping quietly through the winter months. Even for those of us that fly all through the winter (either because life is lived in a more tropical location, or because we’re nutty enough to own a lot of warm clothing), it is worth going over the airframe and engine to make sure that things are in tip-top shape. It’s not fun to break down away from home (although the organizers of major events usually have provisions to help a stranded aviator get back in the air), so check those alternator belts, tires, and hoses. You want a reliable steed so that you don’t have to worry about the airplane, and you can instead think about traffic and your own skills.

Flying skills are perishable—even if you have been flying all your life and it is much like riding a bicycle. There are lots of things we don’t do on a regular basis when heading out for a hundred-dollar hamburger—slow flight, for one. Whether you are headed to SnF, AirVenture, or one of the many regional gatherings around the country, you’ll be mixing it up with airplanes capable of all different speeds, both fast and slow. You might have to keep from running over a Cub in your Lancair, so make sure you have done some quality flying at minimum airspeeds before you venture near the event. Likewise, if you’re flying a generally slower airplane, make sure that you’re comfortable at speeds a little higher than usual. The advantage you have in a Cub is that you can only go so fast, and when you pull the power back, its going to slow down right now! But have you taken your RV out and flown 120 knots to the fence and then tried to get it gathered in for landing? You might be following a jet, so be prepared—and practiced.

Strange things happen in busy fly-in patterns. Airplanes come from all directions because, for some reason, other pilots don’t read the NOTAMS or published procedures. Can you imagine that? Why would you venture into massively crowded airspace and not be following the rules? I can’t figure it out—but it happens every year. Last year’s Sunday afternoon arrivals into AirVenture were, by most accounts, the worst anyone has ever seen. Pilots were making things up on their own when it got bad, and it’s a miracle no one collided. Let’s try to keep that from happening again. Make sure you know the procedures for your arrival forward and backwards. Also know what to do when things go to worms: What are the planned escape routes? What do you do if you have to go around? Where do you go next?

If you do have to take evasive action, are you ready for it? Many times, you’ll be asked to do a tight base-to-final turn. When was the last time you banked more than 30 degrees? When you’re doing that slow flight I mentioned earlier, you might want to pull into a few takeoff and departure stalls. Feel the break at altitude, and be ready for it if it happens down low. You don’t have to be an aerobatic champion or a fighter pilot—but you need to be comfortable out of your normal comfort zone to handle the situations that arise when others don’t follow the plan.

And finally—how about a massage before you head out—just to keep those neck muscles loose so that your head can swivel. I know that as I get older, it becomes harder and harder to look straight back, but you never know who is going to be on your six, so it’s important to be ready. Look around, keep your head out of the cockpit. Pretty much all of the fly-ins I attend use visual arrival routes, so there’s no excuse to be looking inside the cockpit. And remember, don’t count on traffic to be at your level. People often descend and climb when they are supposed to be level, so someone might be coming down from above you, or climbing into your belly. Make frequent little banks in both directions to look around—you don’t want to be hit from the blind spot.

Practice, practice, practice. Be ready for anything, know the procedures, keep your head on a swivel, and we’ll look for you in homebuilt camping or parking, no matter which event you’re at. Keep the risks for you and others low, and enjoy the summer season!