The folks at InDUS Aviation, manufacturers of the Thorpedo Light Sport Aircraft and kit have done it again. The Thorpedo was the first new LSA on the market several years ago, and today the company is proud to show off a Thorpedo that sips Jet A. Yes, you read that right. This LSA has a Wilksch WAM diesel engine under the cowling.You can watch a video of the aircraft starting up with the engine here: http://www.youtube.com/watch?v=H-J7qbqRucsThe engine, designed to produce 100 horsepower, was originally conceived to be a direct replacement for the Continental O-200 engine, and thus fits nicely into the Thorpedo cowling, which was recently tweaked for efficiency and cooling by none other than the speed experts at the LoPresti skunkworks in Vero Beach, Florida. 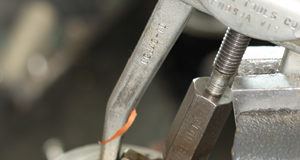