A GA pilot retires at age 65 and hunts for something to keep his mind stimulated and provide a sense of accomplishment, so he buys a relatively simple kit plane for $30K that uses steam gauges. He has dreams and visions of flying it to places he always wanted to visit, like Glacier National Park or seeing grandkids in Maine. He gets started and works on it for a couple of years. Progress is slower than he envisioned but he keeps at it and doesn’t fly for fun anymore as the plane demands money for engine and avionics. Now he’s four to five years into the pro-ject and still not finished.

He reads KITPLANES®, goes to Oshkosh and sees that the cool guys have fancy glass cockpits that will take him safely anywhere he wants to go. He buys the expensive components and begins to wire them up and that takes more time. By now, he’s seven to nine years on, invested $60K and his health is gradually deteriorating, hasn’t flown a minute in the dream plane, and isn’t sure if he can pass a medical or if he even wants to fly anymore at his age. So he sells the whole works for $30K and plays golf.

I have seen this exact scenario played out twice by builders around me. In the back of my mind is the thought that perhaps if they had kept the project simple and affordable, they would have been flying the dream plane somewhere and enjoying the efforts of their labor years earlier. Then, when they are happy with the plane and themselves, gradually change over to more sophisticated avionics or just keep it simple and fly it. Maybe this bigger and better stuff isn’t for everybody.

I’m a little behind in my reading and this question is in response to the November Maintenance Matters article. 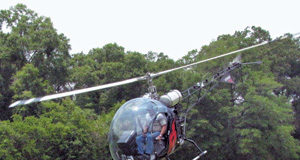