Most aviators like to think the general public sees them as adventurous and part of an elite group. After all, in the United States, a country with a population of more than 300 million people, fewer than 600,000 are pilots (including student pilots). This means that only 0.2% of us are pilots. To put that in perspective, a high school graduating class of 500 usually has only one valedictorian. And statistics say there is probably only one person in that class who will someday become a pilot, too. (Yes, I know. Not everybody graduates from high school. But not all military pilots make FAA lists, either. Lets call it even for arguments sake.)

The point is, there just aren’t a lot of people flying anything out there, and being elite isn’t always what it is cracked up to be. In the commercial and political worlds, numbers usually mean more favorable attention, which is why it really is good to introduce as many of your friends to flying as you can.

While this magazine as a whole focuses on pilots and builders of mainstream homebuilt aircraft, this column is going to shine a light on an even more elite group of pilots-those who fly what we might call specialized wings. The wings may be conventional looking, but covered with Dacron. Or they may be made out of nylon and string. Or they could be nothing but the blur of a rotor. In fact, the pilots in this group don’t commit aviation so much as they go out to have fun. What they fly compares to the good ole Cessna 172 the way a motorcycle compares to the family minivan.

Ultralight aircraft are required to be built and flown under FAR Part 103 rules, which are open enough to include a lot more than just the open-air, fixed-wing aircraft that most people recognize as ultralights. They also include powered hang gliders, powered parachutes, powered paragliders, gyroplanes and even helicopters. As long as the aircraft conforms to Part 103, the pilot is not required to carry an FAA pilot license. Ultralights remain one of the most inexpensive and least regulated ways to get into the sky, though they are viewed as risky by many old-timers who remember some of the growing pains of the sport back in the late 1970s and early 80s. But ultralight aircraft and training have matured over the years and offer safe ways to fly. Because ultralighting is unregulated (mostly), more than the normal buyer beware warnings go along with the sport.

Light Sport designs include a lot of the same kinds of aircraft that have roots in the ultralight world, but they are too fast or carry two people or don’t qualify as ultralights in some other way. This magazine has been reporting on these designs consistently, in this column as ready-to-fly SLSAs and elsewhere as homebuilt designs that meet the requirements that allow Sport Pilots to fly them. They are N-numbered aircraft, and you need a pilot certificate to legally fly them. 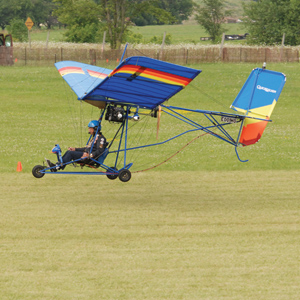 There’s more than a little Wright Flyer in popular ultralights, but the industry has matured since the heady days of the late 1970s.

Just as in the GA world, airplanes dominate both the ultralight and Light Sport categories. On the high end of Light Sport, the airplanes are still a very good buy compared to GA aircraft. For those used to a certain airplane feel, Light Sport Aircraft can offer it relatively inexpensively with a lot of features you would pay considerably more for in GA, especially in the avionics department. This you probably know.

What you may not appreciate is that ultralight airplanes are experiencing a cautious resurgence with both fully built airplanes and kits. Bridging the gap between ultralights and GA are two-seat Dacron-covered airplanes in both Experimental/Amateur-Built and Special Light Sport versions. As GAs sales numbers continue to be soft, pilots are giving more consideration to lighter options. 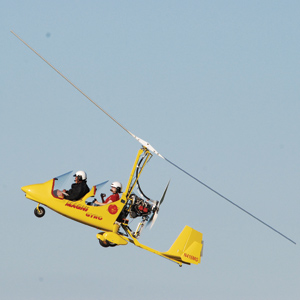 Gyroplanes are among the most affordable rotary-wing aircraft.

When people think of rotorcraft, they think of helicopters, and there are both ultralight and Experimental models. However, helicopter pilots don’t qualify for a Sport Pilot license. You can legally fly the ultralight versions with no license, but you do need a private helicopter rating to fly anything heavier than 254 pounds (empty) or anything with two seats.

Gyroplanes are often neglected in aviation. Like ultralights, they have had an uneven history. However, designers and the rest of the aviation community are beginning to understand some of the aerodynamic issues that caused accidents in the past, and some really great designs have emerged. Gyroplanes don’t normally have fully powered rotors, which makes vertical takeoffs impossible. Instead, they take off on a runway like airplanes. Still, true vertical takeoffs and hovers are the only two features you give up with gyroplanes. They have a lot of rotorcraft advantages such as great capabilities in strong winds, because the wing moves so fast relative to gusts and turbulence, and a well-made gyroplane is much simpler to fly than a helicopter.

Even before ram-air canopies were developed for skydiving, those wings were used for powered flight. Powered parachutes began their development in the 1970s and have grown to be a simple, fun, safe way to fly. Powered parachutes are some of the ultimate fair-weather fliers in that the lower the winds, the better. You will normally see powered parachutes in the air either early in the morning or late in the afternoon at around sunset. Their low speeds and simplicity of controls make for great photography platforms. A typical powered parachute pilot flies hands-off, except for the throttle that needs little attention at altitude. Low speeds mean that powered parachute pilots can fly lower without risking collisions with obstacles or disturbing the neighbors. At 30 mph, a powered parachute just cant do a high-speed pass.

Powered parachutes have had their troubles. One of the big selling points was their ease of use, which sometimes led to airplane pilots believing that because they were already pilots, they needed no training on the new equipment-never a good idea no matter how many other categories of aircraft you fly. Some of the resulting bad experiences have led to frightened and humbled pilots claiming the equipment was at fault.

Powered parachutes are one of the two new aviation categories created by the FAA with the Sport Pilot rules adopted in 2004. That means you can earn Sport Pilot, private pilot and instructor certificates for powered parachuting, or you can fly a single-seater as an ultralight.

Powered paragliders are the foot-launched versions of powered parachutes. They represent their own category with different, higher-efficiency wings and lighter engines that are worn on the back during takeoff. After takeoff, the pilot settles into a slung fabric seat, which is part of the engine assembly. Powered paragliding requires additional training for pilots and a certain athletic ability. The reward is an inexpensive, highly portable aircraft that can be easily carried on a car rack, much like a bicycle. Or the powered paraglider can be disassembled and carried in the trunk. Combine this with minimal requirements for a runway, and you have what many consider the ultimate recreational flying toy. 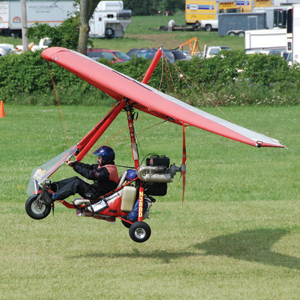 Last, but certainly not least, is the weight-shift-control trike. These are best described as powered hang gliders that are steered by pushing on a bar attached to the overhead wing. Pushing the bar actually moves the suspended carts center of gravity relative to the wing and changes the aircrafts direction and/or attitude. Trikes move faster than powered parachutes and are generally slower than airplanes. They are great for air touring, as they have some wind capabilities and are almost as portable as a powered parachute, if they need to be trailered.

Weight-shift-control is the other category of aircraft and licensing created with the Sport Pilot rule. As with powered parachutes, you can earn Sport Pilot, private pilot and instructor certificates, or you can fly a single-seat as an ultralight.

There are lots of great ways to get flying, and I look forward to exploring some of them with you here! 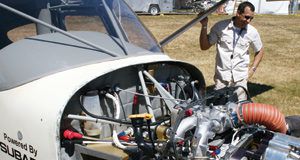