As someone who sells powered parachutes and trains people to fly them, I get a lot of calls from non-pilots who are attracted to this unique form of flight. A common theme that I’ve heard from non-aviators goes something like this: "One of the reasons I like powered parachutes is that if the engine goes out, I’ll be under a parachute and be able to land safely." Ouch. 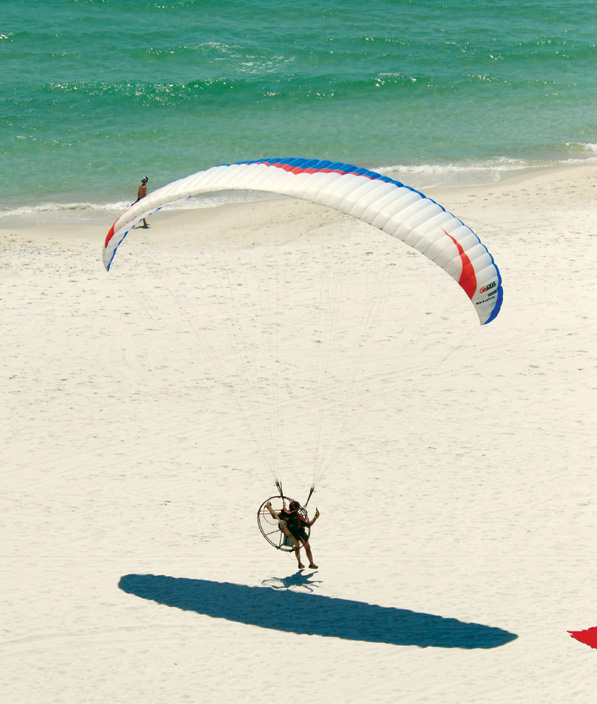 The ultimate example of low kinetic energy is a powered paraglider with landing speeds of a few miles per hour and incredibly low mass.

The dilemma then is to either agree with the customer and go for the sale, or to point out that nearly anything with a wing will continue to fly without an engine. There are a lot of great reasons to fly powered parachutes, and one of them is safety. But continuing a myth about imminent danger if the propeller stops turning on an airplane isn’t the way I want to introduce someone to aviation.

Now that we have all taken a moment to enjoy our superior knowledge and judgment over the non-aviator, I would like to talk about common misconceptions on the "real" aviator side. As often as I have heard the comment about being under a parachute when the engine goes out, I have heard conventional pilots remark that they don’t want to risk their lives in something as light and unsubstantial as an ultralight. Believe it or not, that statement is nearly as unmoored from scientific reality as are non-pilot worries about engine failures. 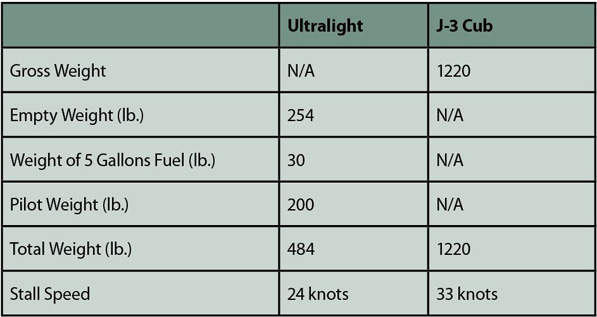 If you are in an aircraft accident (or automobile accident, or even a bicycle accident) your immediate problems have to do with kinetic energy. First is the amount of kinetic energy you’ve accumulated before your contact with the ground or an obstacle, and second is what you and the aircraft are going to do to dissipate that energy immediately before or during impact. 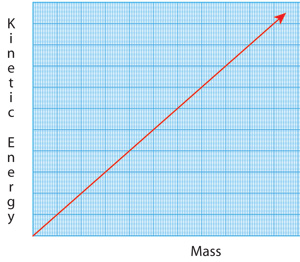 In this example of linear progression, as the mass is doubled, the kinetic energy doubles.

The formula for kinetic energy is simple: Ek = 1⁄2 mv2 where Ek is kinetic energy, m is equal to mass, and v represents velocity. The larger the amount of kinetic energy you must deal with, the bigger your problem. The formula shows that, as your mass increases, so does your kinetic energy. In other words, flying in a lighter aircraft, if nothing else is considered, is safer than flying in one that is heavier. But even more important than mass is velocity.

The increase in mass increases energy linearly. That means there is a straight-line correlation between mass and kinetic energy. However, kinetic energy gets a double dose of velocity because the velocity value is squared.

True ultralights and many Light Sport Aircraft have low top speeds compared to their general aviation brethren. Just as importantly, they both have low stall speeds. For the sake of illustration we will compare an ultralight with an aircraft that qualifies as both a GA and a Light Sport Aircraft. We’ll do the math for an ultralight at the high end of the legal weight and speed limitations with something relatively benign from the GA world: a Piper Cub. I like using the J-3 Cub as an example because of a famous quote from Max Stanley, a Northrop test pilot. Stanley said, "The J-3 Cub is the safest airplane in the world; it can just barely kill you." I suspect he was also thinking of speed and kinetic energy.

Figure 1 shows a loaded, full-weight ultralight compared to a fully loaded J-3 Cub. The numbers are broken down differently because the maximum weight of an ultralight is not defined by gross weight, but empty weight. However, for comparison, we’ll load the ultralight up with the maximum fuel it can have on board as well as a 200-pound pilot.

Based on the weights and speeds shown, the J-3 Cub ends up having almost five times the kinetic energy of an ultralight (4.76 times the amount of energy that would have to be dissipated on impact).

Now keep in mind that this is comparing the heaviest of legal ultralights with the slowest and lightest of general aviation aircraft. If we work the numbers with something like a late model Cessna 172 at gross, we will find that it has nearly 20 times the kinetic energy of an ultralight. That is all energy the pilot and aircraft would need to dissipate in the event of an off-airport landing. 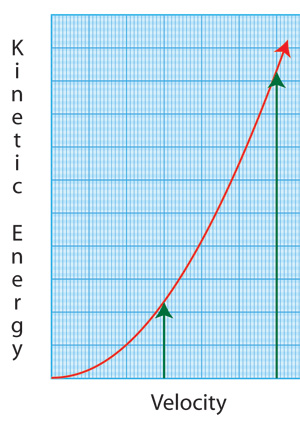 As velocity is doubled in this example, the kinetic energy increases by a factor of four.

The first part of this issue involves determining the amount of kinetic energy that needs to be dissipated, and the second part of the problem is actually doing the dissipating.

Pilots normally have a lot of control over the aircraft all the way to the end of an off-airport landing. The first big decision is where to land in the first place. The heavier the aircraft, the more important it is to try to land in a spot where the landing gear will work. Allowing forward kinetic energy to just roll out is a good thing. But even without a smooth landing area there are engine-out landing techniques that are similar to all aircraft but are certainly not the same. Aggressive flaring is common-it converts kinetic energy to lift, which is downright handy. Less speed and more "up-ness" on a landing is just what the pilot ordered.

But if you can’t do everything right, or if you don’t have a chance to do anything right, you’re going to be relying on the aircraft to take care of your energy issues for you. And how does an aircraft do that? Basically the same way modern cars do. Kinetic energy is absorbed by breaking and bending structural parts. The key is that you don’t want any of the breaking and bending parts to be yours.

Most ultralight aircraft are extremely good at bending. (Yes, you can quote me on that.) I have observed some fearful looking accidents and seen some images from even more incidents where you just know someone must have perished based on the condition of the aircraft. Fortunately, like a tornado through a trailer park, ultralight accidents don’t kill as much as they destroy property. That is partly because of the low kinetic energy involved in these accidents, but it is also because non-critical parts are being bent.

Where the automobile industry spends a lot of money ensuring that cars pass crash tests, the ultralight world does well without trying because the spread-out masses in the wings and the rest of the structure naturally give way. That doesn’t mean there isn’t room for designers to make aircraft more crashworthy, and some designers have put effort into this. Shock absorbers for hard landings as well as crumple areas and protective bracing for other areas have been incorporated into some designs. That is all good and makes a safe kind of flying even safer.

The weakest link in the performance of ultralight aircraft is the same as that of general aviation aircraft: the occupant in the pilot’s seat. 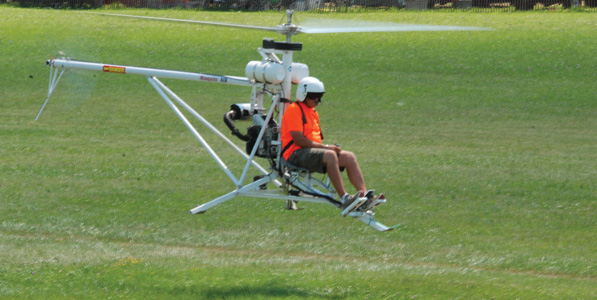 Rotorcraft store kinetic energy in their rotors. In an engine out, the key is to first transfer potential energy of altitude to the rotor by speeding toward the ground and then flaring before touching down. The lighter the rotorcraft, the less energy there is to worry about.

So, you may be wondering what I actually tell the wannabe pilot on that first call. I point out that there are a lot of different reasons that people take to the sky. These reasons include transportation, sightseeing, photography, adventure and more. Ultralights, powered parachutes, trikes, gyroplanes and Light Sport Aircraft all offer advantages and disadvantages. The key is to discover what kind of flying you want to do, who is available to provide training and to support your aircraft purchase, and of course, how much money you’re able to spend. Then, if you get the right training and make a sound equipment choice, you can safely fly any category of aircraft you choose. (But powered parachutes are still the best!)