Another of the popular single-place PSA (Personal Sport Aircraft), the Merlin has taken flight, just hours after receiving its Airworthiness Certificate.

The builder (remaining anonymous due his celebrity) followed the manual and helped refine it. As he worked on his machine between engagements, he said, “I’m taking my time with this. I want everything to be perfect, and if that means stopping now and then to add to the manual, so be it.”

Chip Erwin, owner of Aeromarine LSA, is fine with that. “We’re setting up the Builder Center to allow customers to assemble their Merlins during their vacation, with time left over to fly. [This customer’s] helpful and meticulous attitude will pay off for future customers, and it gave us time to explore options and their installation.”

The HKS-powered Merlin was developed in response to overwhelming demand for a solid four-stroke alternative to the earlier Rotax 582 two-stroke, and its crisp performance shows near-identical takeoff and climb, but with higher cruise numbers. [The Merlin’s performance is not limited by LSA rules.] 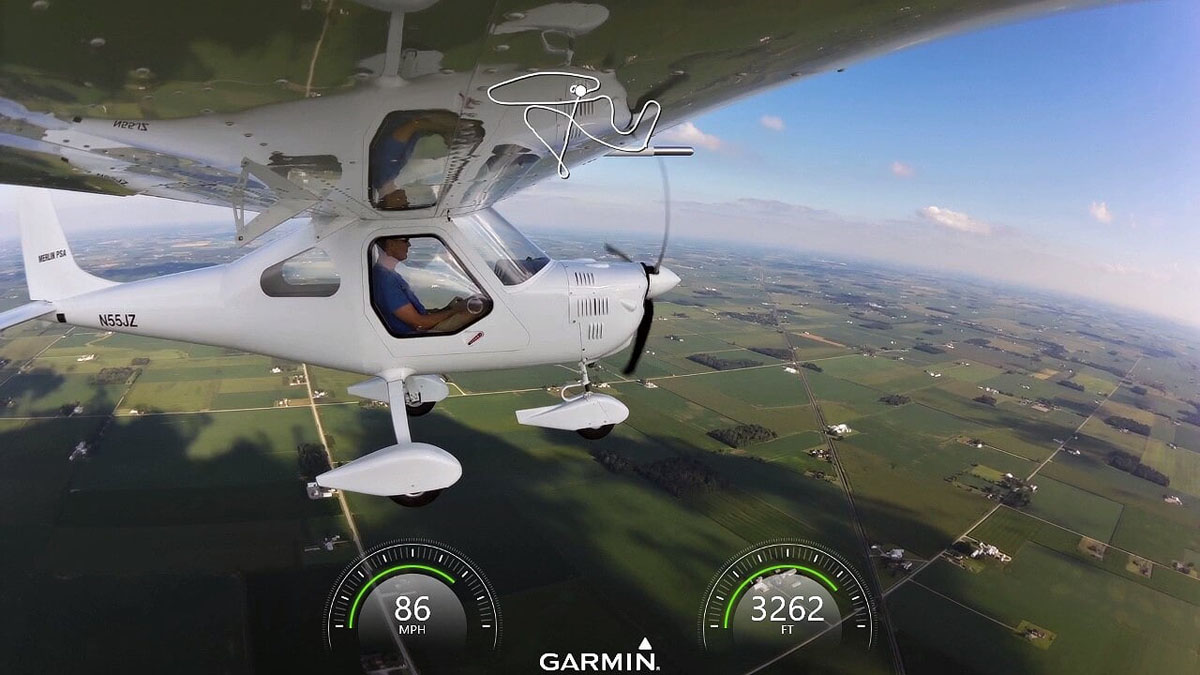 The Merlin has established a reputation as the quickest-build true 51% kit available. So complete and builder-ready is the Quick Build Kit (“There is no Slow Build option,” jokes Erwin) that most major assemblies and skins are already tacked into position for shipping, requiring the builder to do some disassembly to bring it to the 51% stage.

The kit (without engine, instruments, and paint) is priced at just $18,500. Depending on engine, BRS, and panel options, completed and painted aircraft cost from $35k to $50k.

“Several Merlins” may include the first practical electric-powered PSA on the market. Will it come to Oshkosh? Erwin says, “Sure… along with the new Electrolite, the electric-powered true Ultralight.” Visit the Merlins in Space 190, just outside the NW corner of Hangar C. 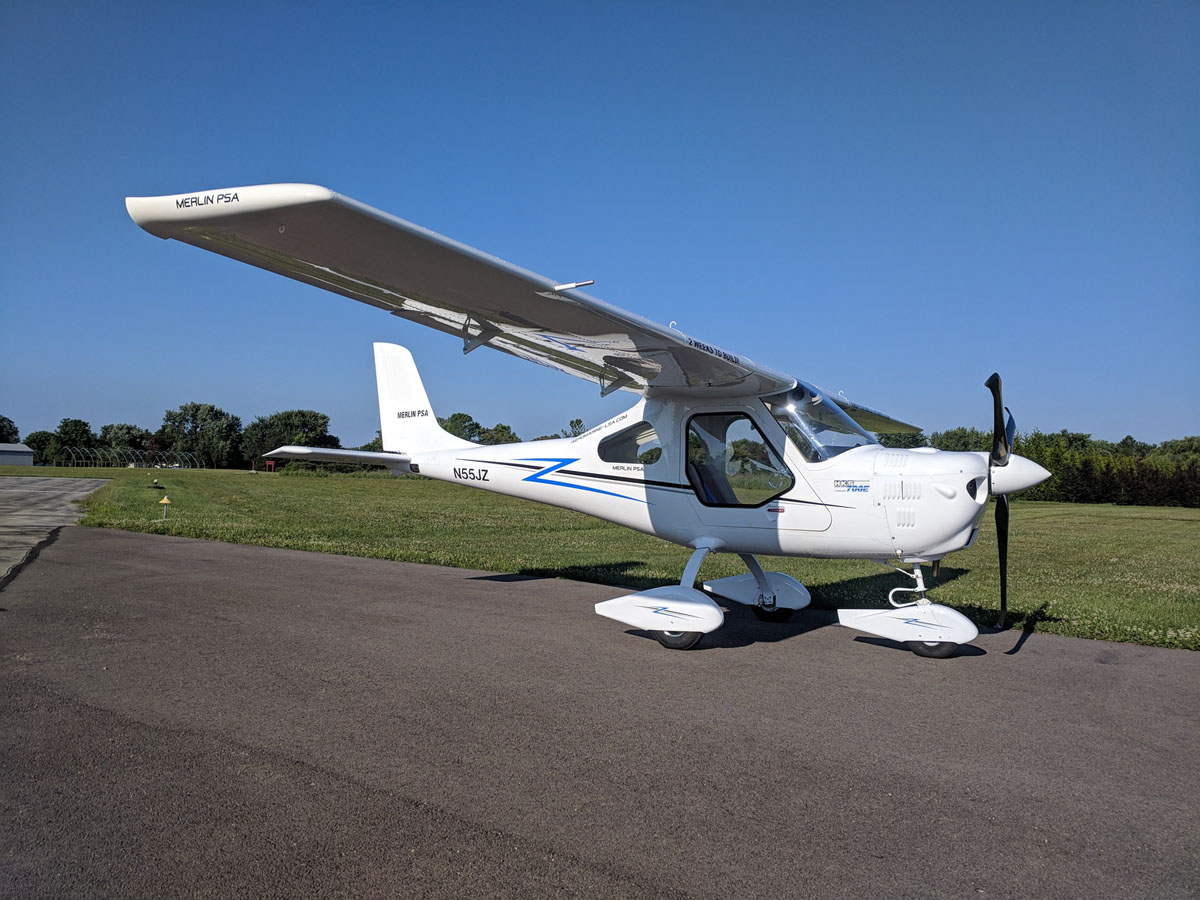