To tell the family magazine version of it, a friend has a bumper sticker on the wall of his hangar. It says, “If idiots were pilots this place would be an airport.”

Now, having benefitted from the munificence of many a pilot and airport hanger-on, I’m the last one to cast stones against the Experimental aviation fraternity. Like most of us, I’ve had car keys tossed at me when the caf was far downtown, and who among us can keep track of the tools borrowed—and lent—to strangers in time of need? As a group we’re quick to stay in each other’s houses when the weather goes bad, not to mention forming a lunch posse to include hungry transients. It’s a huge part of why we love aviation. 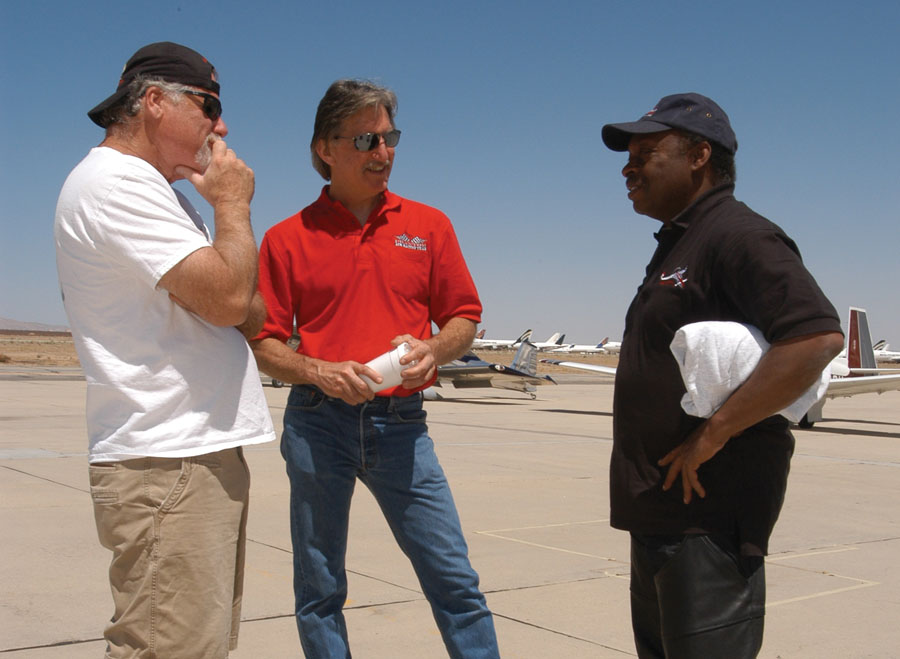 But you got to admit there are some real characters at the airport. Many are charmingly eccentric, but there are a few snake bit, and a few who might bite snakes. All told they can really round out a facility’s personality.

My favorite of these is now nearly extinct: the WW-II pilot. If you’re old enough (most of us are), you know the jocks from the Big One were a breed unto themselves. Raised in the depression and snapped into adulthood with 2000 hp in their left hand and six .50 calibers in their right, these guys were tough to perturb and didn’t sweat the details. They’d seen far worse than anything bothering our modern existence and liked their pilot operating handbooks small with lots of pictures. Responsibility was a personal assignment and besides, solutions to almost any problem were simple and life was meant to be enjoyed. If only we had more of them today all this nannyism would be laughed off. There’d also be a lot more bent airplanes.

Seemingly on the reciprocal heading to the piston aces is that portion of the turbine crowd that got too much starch from the laundry. It’s all numbers and procedures to these guys, and I often wonder why they’re at the little plane airport in the first place. They get fired up if you don’t turn on a landing light when beginning your takeoff roll and sound like a bad wheel bearing on the radio. Where do they learn to mumble like that, anyway?

If the walking autopilots are socially cool, they’re at least competent. Not so the know-it-alls. Every airport seems to have one or two of the self-anointed. With an ironclad opinion on any subject, these versatile experts never seem to get around to a checkride or even venture past the local area on their twenty-year-old student ticket. These guys seem to live at the airport and are ordained to insert themselves into any conversational circle, no matter how tight the spacing. Within seconds they’ve divined the topic is CAT 3 approaches to Heathrow and are correcting others on how it’s done. When it’s pointed out that the person just corrected is the chief pilot for British Airways, the know-it-all just raises the volume.

Close cousin to the know-it-all is the talker, the difference being the talker doesn’t profess expert knowledge but has an impossible talent to speak in hour-long sentences. Talkers absolutely must talk and will enter any open hangar and commence speaking. Doesn’t matter if the occupants are in the middle of changing bungees or putting out a fire, the talker simply streams pleasantries, clichs, and weather commentary preliminary to a 40-minute report on his mother’s last doctor visit. Like the know-it-all, the talker can’t take a hint but at least appears immune to being walked out on.

Antipode to the talker is the high-pressure type. His car is always clean and his electric bi-fold hangar has nothing more in it than a pristine A36. His door begins opening before he even drives around the hangar row, and the Beechcraft taxis away less than two minutes later. He’s the only guy on the airport able to shed talkers and know-it-alls in less time than it takes to pull-start his tug.

For some years we had a builder on our field. A recidivist RV riveter, this guy had a one-man airplane factory in a T-hangar, and he was always there, always bent over an RV-4 or parts thereto. Every 14 months or so a new RV would come together as if by stop motion photography. It might get a spot of anti-glare paint on the cowling before it flew away followed by more riveting being heard. The builder never flew a day in his life—never so much as rode around the patch—he just built airplanes. He was a friendly sort, but never stopped moving while chatting.

Of course there are airport bums. These come in a wide range of ages and interests, but are almost always nice guys with a problem getting started. So they sit, talk, and enjoy the weather, but never seem to get past that stage. They are not to be confused with social flyers. Too old to rock and roll but too young to die, these are mainly survivors of professional careers who keep airport cafs in business and do their part for fuel flowage, but also log plenty of hours on their hangar sofas chatting what’s up. Collectively they’re the social backbone of many a small airport.

Perhaps the strangest, or is it the most human, character at the airport is the guy who’s never at the airport. By definition you never see this type, only his airplane fading on the tie-down line or even sadder, a seemingly sealed hangar door. These guys pay their bills but never show, sometimes for decades. For years this was a mystery to me, but with age the source of airport orphanage is more apparent. Obviously there’s the out-of-sight, out-of-mind clan. Once they flew but something else came along and the tie-down bill is just background noise now.

The pathos lies with the other sect of the orphanage club. These are the guys who for years flew like birds, but are now old and telling themselves they’re temporarily delayed by some interruption, often medical. They may even be in fine health, but have simply flown as far as their combination of desire and energy allow. But what they share is the thought of flying again, the comfort of thinking it possible. They aren’t ready to quit even though they already have, and as long as that airplane sits at the airport, the perception of ability to fly remains.

And so the plane sits sunny day after humid night. Occasionally a youngster comes along to wonder how something so desirable came to such ruin and dreams of what he could do with it. He’s arguably the most important character at the airport. “

Kitplanes - June 24, 2007
0
In Part 3 of this series about building an aircraft strobe, the author beefs up the project using off-the-shelf parts to provide a brighter, more frequent flash without running down the planes electrical system.