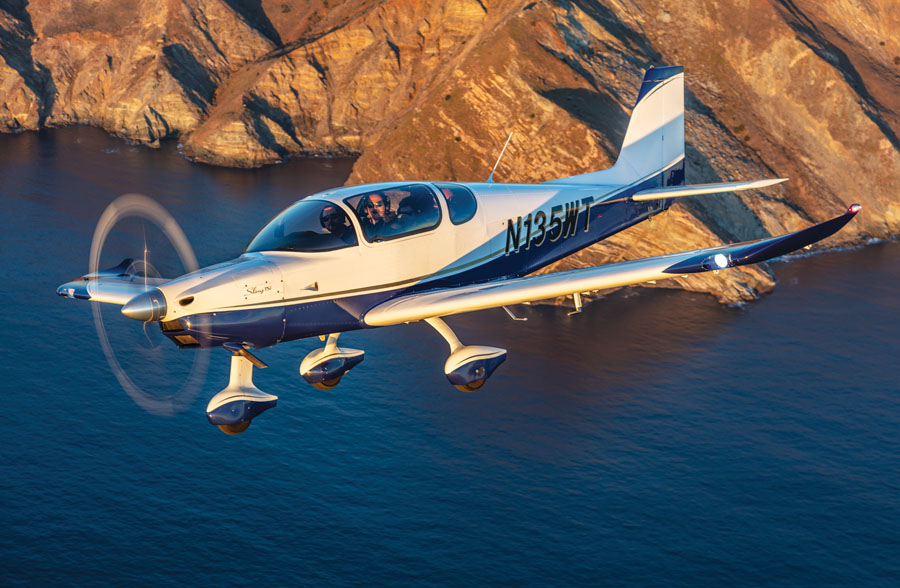 Anyone who wandered through Kit Company Row at AirVenture in July probably saw the newest aircraft from The Airplane Factory – so new, in fact, that it hadn’t flown yet when it arrived at the show. A four-place machine that outwardly looks a lot like the existing Sling 4, the new TSi actually shares only about 20% of the parts with the old design, with a completely new wing and sporting the Rotax 915is turbocharged engine and a constant speed prop. We were instantly struck with the concept, and got our name on the list to fly it as soon as we could.

The Airplane Factory wasted no time, getting it licensed while still at the show, and then flying the Phase 1 testing in the Oshkosh area before heading back to their Southern California base. This gave them a chance to not only shake the airplane down through the standard flight test profile, abut it allowed them to see how it cruised as well – and with extended range tanks, it sure did cruise! They made it back to Torrance in one long and one short day – and we caught up with them a week later to give it a try for ourselves.

For now let’s just say that it lives up to its design goals. We flew with four full sized adults from a field with a density altitude of 9,000′ and had to throttle back to keep from exceeding redline when we leveled off at 10,000. Later, operating off of a dry lakebed in the high desert, with temperatures of 100 degrees, we never had to worry about engine cooling – and it handled like a fine touring machine.

We’ll fill you in on all the details in an upcoming issue of Kitplanes Magazine!

Mel Asberry - January 18, 2013
0
When can an ELSA be used commercially? Can an E/AB aircraft be certificated without a transponder?