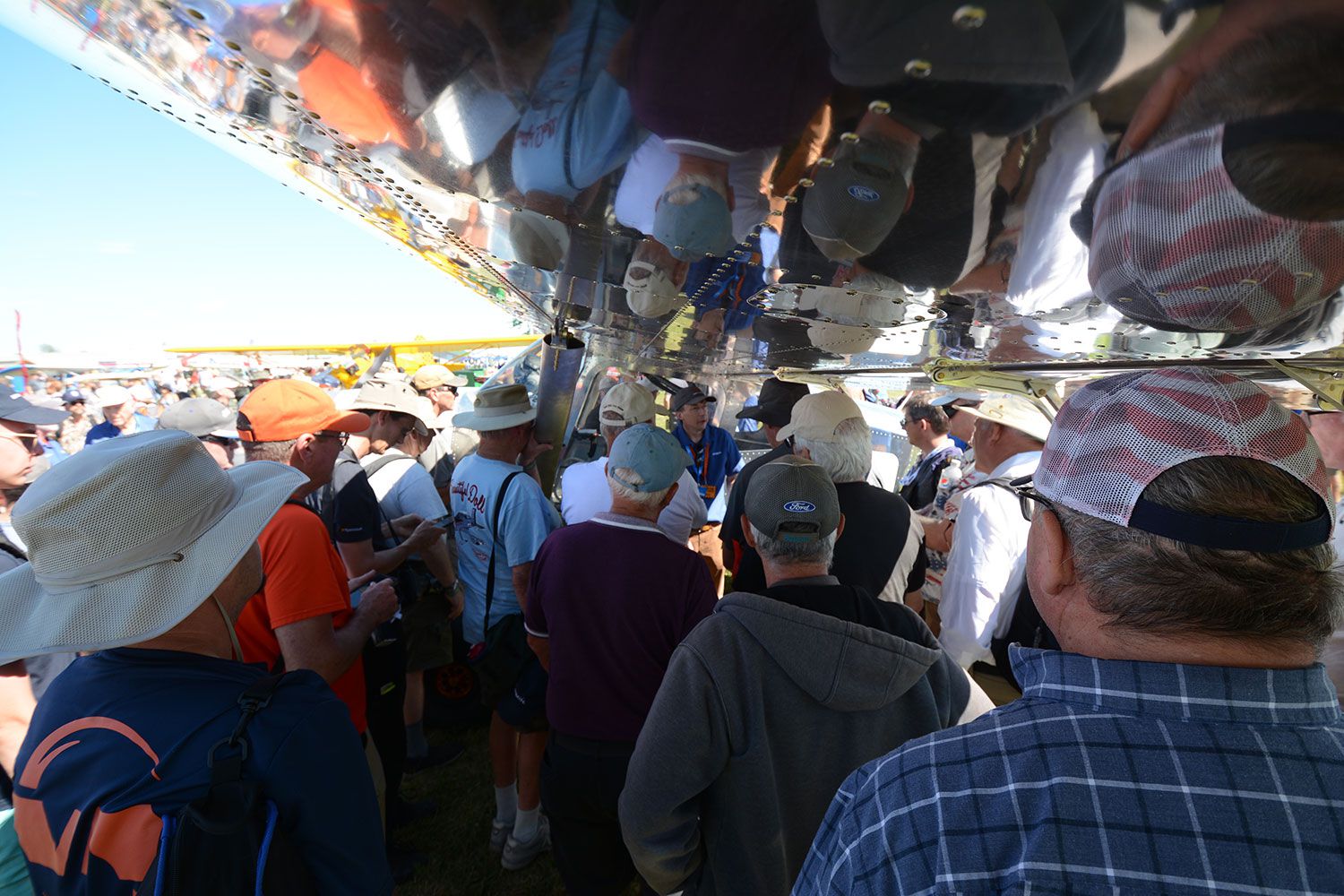 With the experimental world tentacled to their wireless, straining for intelligence through the pervasive static of the world wide web, the word was out and the grass mob at AirVenture waiting. Their gaze westward was for the first sighting of the what they knew would be the fine work of their champions at Van Grunsven’s airplane works.

And glinting like a giant lure, Rian Johnson appeared in the gleaming silver Spirit of Aurora, and for the enthusiastic multitudes lined up at Le Wittman there was no holding back. Wild in their appreciation and no longer containable, the legions swarmed Rian, who by the time we could fight our way near the center of the scrum, had apparently already lost his helmet and goggles to the moment. Bulwarked by the resolve required to see his company’s quest through the already long and still considerable path ahead, he was defending himself against the rapid fire inquiries regarding such core fundamentals of his latest achievement as rivet type and if he thought floats a worthy accessory. Unfortunately we could not hear any replies given the internal combustion ambiance at Le Wittman augmented by the eager exhortations of those nearby, some of whom—their social constraints broken by the dam-burst of emotion—broke into chants and hip hip hoorays.

Unable to reach either Mr. Johnson or even gain a meaningful eyeballing of his flying engineering test bed we were swept aside by the human tide to find ourselves washed to the safety of the nearby shore of Homebuilt Parking. But we’ll have more, so continue to patiently standby.