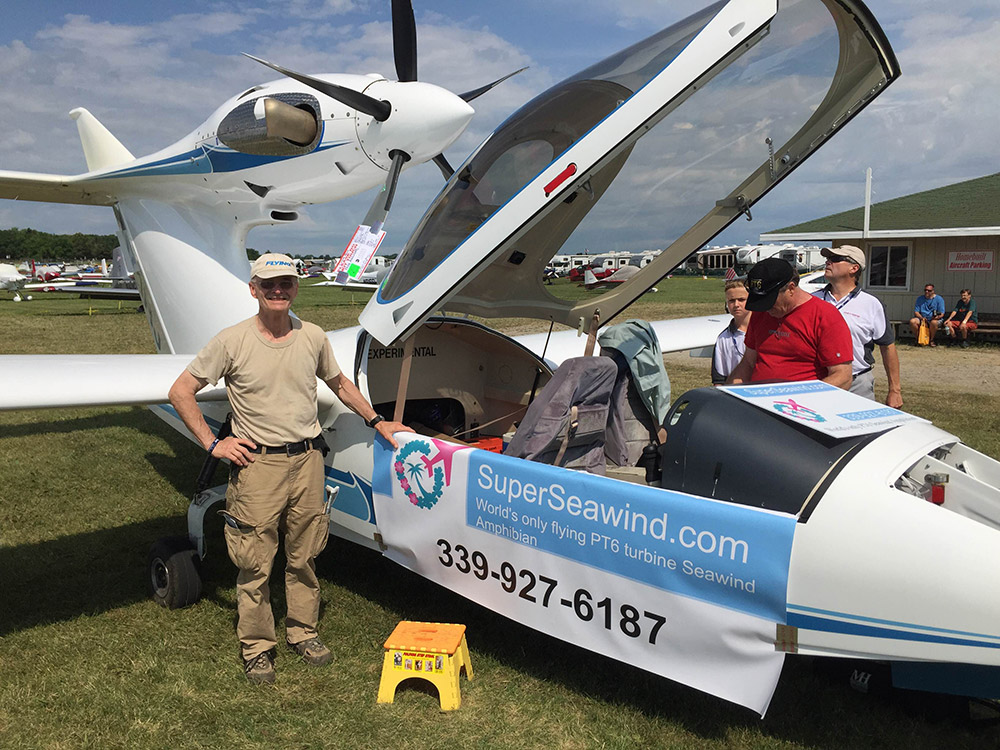 How’s this for something new? I met Steve Wightman today, owner and builder of the only turbine-powered Seawind. Starting from a skeleton Quick Kit in 2005, and after 15,000 man-hours it flew in 2012 and so far has about 100 hours on it. He has since flown it on 1200 mile legs at speeds up to 219 mph TAS and up to 17K’. Steve has the PT-6 serrated to 450 HP so the turbine is loafing along most of the time. Designed for superb capabilities of speed, distance, and altitude, Steve is predicting to break 4 world aviation records in 2017.

Steve says he is waiting for James Bond to claim it as his own. For more info, visit www.SuperSeawind.com.

Doug Rozendaal - January 20, 2009
0
Before you think to yourself, "I couldn't afford that, let alone fly it" relax a little and let your imagination run wild. The ViperJet offers glove leather interior, rosewood inlay, and performance to spare. Doug Rozendaal completes the picture.