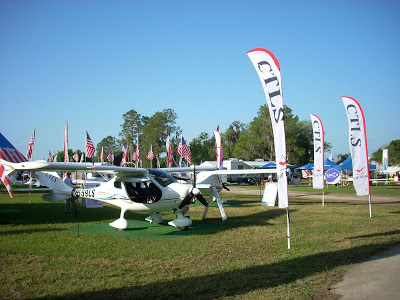 Well, another Sun ‘n Fun airshow has gone by. As the traditional start of the season, this one was, at times, fraught and promising, often nail biting and reaffirming. It started, as you’ve certainly heard a thousand times, wet and muddy. By good luck, I elected to travel from the West Coast on Monday, missing the worst of the weather. The aftermath was there, however, in the form of soggy fields that would stiffen to amazingly odiferous clay, making it seem like we were out in the stockyards in the long walk from rental car to show grounds.

I would love to have flown myself in, but Delta got me back and forth for under $300, nonstop from Tampa. I couldn’t fly the Sportsman to Phoenix and back, in fuel alone, for that sum. Still, I’m saving up for the trip to OSH this year.

Anyway, those nasty local conditions, as well as significant weather elsewhere in the country, helped thin the crowds on day one. (George Braly, of GAMI fame, one of the most fearless weather fliers I know, didn’t even make Lakeland for the nastiness between Ada, Oklahoma, and Florida. Likewise, Monty Barrett was weathered at home with his Cessna 195.) By the end of Tuesday, I was fearing that wed had a perfect storm of red blotches on the radar, frighteningly high fuel prices and an underlying apathy that Ive seen growing toward Sun ‘n Fun over the last decade. Indeed, my first visit in 1990 made it seem like a true Oshkosh contender.

But then Wednesday saw the grass dry and the spirits lift. More fly-in traffic arrived, the booths were becoming more trafficked, and the general mood was one of hopeful optimism. (As opposed to hopeless optimism, and hopeful pessimism, I suppose.) I walked on site early past the LSA mall, still surprised at how many manufacturers there are. I remain convinced that once Cessna and Cirrus get rolling, there will be a shakeout of the smaller makers. It just stands to reason.

On the main grounds, the general feeling was that the industry had dodged a bullet, but there were still signs of wait-and-see. None of the major engine manufacturers, for example, had big news at the show. Superiors XP-400 was still on display, as were the new aluminum cold-air intake systems that will replace the ill-starred Ryton experiment from a couple of years ago; Superior is, currently, shipping the new parts. Its world was rocked by the announcement late in the show that Thielert founder and CEO, Frank Thielert, had been ousted from the company along with the CFO. Word at the show was also that Superior has had difficulty keeping up with demand for some of its aftermarket products, which are largely sourced from Austria.

Lycoming continues to push the Thunderbolt series, but I have yet to see one in the wild. The Williamsport company’s reps did corner me and suggest there were big announcements coming for Oshkosh. Similarly, Engine Components, Inc. hinted that some exciting news was in the wind for this summer, but I couldn’t tease much out of them. ECIs president, Gary Garvins, did tell me the company has been working closely with Hartzell to do more prop vibration testing with long-stroke engines-the IOX-340 was announced two years ago-which hints at additional product along those lines. 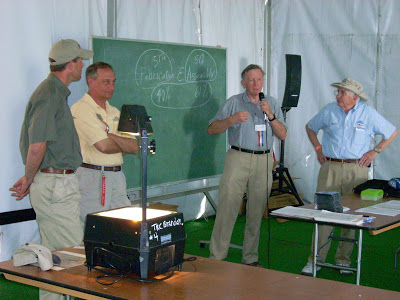 Changes to the 51% Rule were on everyones lips, none more so than the kit manufacturers. The industry received what amounts to a reprieve from the governor when the FAA announced, late in the show (and with no notice to the press…thanks!), that all currently approved kits-those that have previously been inspected by the FAA or its designees and found to have less than half the work completed-will be grandfathered under whatever new rules come about. The look of relief on the faces of, for example, Dick VanGrunsven and Lancairs Joe Bartels told the story.

And to end the show, for me, I got a peek into the biggest, baddest, most gotta-have-it BBQ I’ve ever seen. Thank goodness I have an airplane to keep me busy, else I’d want to build one of these. 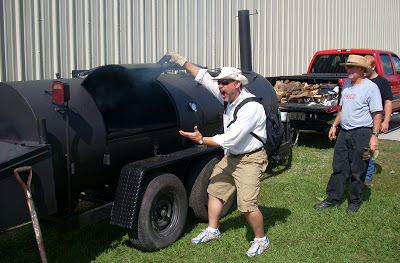 Maxing Out the Fun Factor