At Oshkosh this year the ASTM working group announced that efforts to update the Light Sport Aircraft rules were under way. The two main topics were the allowance of electric motors for propulsion and a clarification on use of LSAs in instrument conditions. That’s a good start. I hope they don’t stop there.

Is there really any good reason the Cessna 152 can’t be an LSA?

First the electric motor issue. In trying to keep LSAs simple and affordable, the initial rules for the segment restricted engine choice to piston power. This move was to ensure that small turbines and other technologies (like what, steam or solar?) would not be used in the category. The unintended consequence is that because of the restrictive language electric motors were not specifically allowed. (This is not the first such faux pas for the LSA rules. Remember that the net prohibiting retractable gear caught a few fish in the amphibian category, with a few specific aircraft getting exemptions before the whole rule was changed to allow a pilot to take off and land on the water without injury.)

As we ride the ever-steepening curve of electric-aircraft development, the American Society for Testing and Materials (ASTM) and the FAA and the European Aviation Safety Agency (EASA) must recognize that a simplified path to production is the only way this still-fragile subset of general aviation can hope to succeed. What’s more, because of the present technology levels, smaller and lighter aircraft (right in the LSA wheelhouse) are the ideal candidates for electric propulsion. My colleague Dean Sigler (Alternative Energies, Page 50) has been following electric-aircraft technology closely, watching the technology lurch through its formative years. He points out that the interim generation of electric aircraft will have to be very efficient aerodynamically, which points to light, simple sailplane-like designs.

Perfect for LSAs, in my view, because now you have the opportunity to engage those who aren’t interested in flying "ancient technology" and who, by temperament as younger tech-heads, will be attracted to the potential of faster training for the Sport Pilot certificate. (I won’t engage the argument that, for many, the SP rating isn’t much more direct than going straight to Private Pilot.) It has new, new, new written all over it.

Without question, the one component holding electric aircraft back is the battery. We’re making big progress-and by we I actually mean the many companies with exceedingly smart engineers-but the power density of a commercially available battery is still way behind the equivalent from gasoline. Understanding that, I think the ASTM needs to lobby hard for an increase in the maximum weight of LSAs, which are, in my view, arbitrarily set at 1320 pounds for land planes and 1450 for amphibians. After all, the Terrafugia "flying car" has received an exemption to a higher gross weight to offset the required road-going safety devices. Why shouldn’t we acknowledge the difficulty of breeding new technology and give the electric aircraft a similar (actually, larger) break? What do we risk?

I admit that when the LSA rules were being written and during their initial implementation, circa 2004, I didn’t think much about the 1320-pound weight limit. Actually, it seemed like a good idea at the time: You can create a new breed of light, agile aircraft that won’t crowd the existing designs and would force designers and manufacturers to work harder at getting weight out of the structure. Look at the progression in long-running certified aircraft. Each generation has become heavier, forcing the use of larger, thirstier engines to keep performance from degrading. Bigger engines use more fuel, which calls for larger fuel tanks, eating up more of the useful load, which can only be regained by increasing the gross weight until the performance falls again and you need more power. A vicious cycle, oft repeated.

Without the benefit of proximity to the leading designs, I figured 1320 was good enough. But then you start to see the airplanes themselves, and what they’re trying to do. For a reasonable payload and decent range on approximately 100 horsepower, you need to carry 20 gallons of fuel or more in an aircraft that weighs about 800 pounds empty. That’s for two 200-pound occupants and no bags. 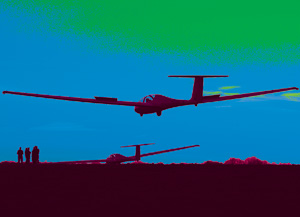 For a small, well-designed airframe, that’s an engineering challenge and a half, one that designs such as the RANS S-19 and the Van’s RV-12 have met very well. However, think about the Cub-style airplanes. Their natural method of construction is really hard to make light, no surprise when you consider how much the big wings weigh and that most of these designs come with engines other than the expensive (but light) Rotax 912. When I visited the CubCrafters facility to see the Carbon Cub, I was taken aback by the degree to which the company had to reinvent the venerable Cub just to make weight. A carbon-fiber floorpan helped, but every single component was considered for weight reduction. That’s fine from an objective point of view, but the engineering time and materials cost have made the Carbon Cub a fairly expensive proposition.

Moreover, the 1320-pound limitation placed many airplanes that should be LSAs out of the class. Can you honestly tell me that a Cessna 150 would not be a great LSA? It’s the perfect low-cost, simple, extremely safe, durable and available airplane. Can you truthfully suggest that this beat-on-me design, which taught so many pilots how to fly, is now somehow inappropriate for someone concerned about keeping a medical, or a newbie wanting the most affordable path to pilotdom?

You could make an argument that including a large body of existing airplanes does nothing to spur innovation or create demand in a new market. That’s true, but it ignores the fact that the great divide between a new LSA and a used Cessna 150 cannot be bridged by desire; the pilot selecting the Cessna is not turning down a $100K+ new LSA instead. He’s a player in the market at $40,000 but not even interested at six figures. I’ve heard this from enough of our readers who really want the perfect $30,000 kitbuilt.

It’s time to call the arbitrary weight limitation a failure. Bump it up to 1600 pounds. Don’t debate, just do it.

In my column, I’m king, so I can make these rash proclamations. But think of what you’d get. A good number of homebuilt designs that are currently too heavy for LSA suddenly become chariots for Sport Pilots. Even those aircraft specifically designed for 1320 pounds will likely have enough margin in the structure to go up 100 pounds or more. Now you can carry two Bubbas (as my Southern friends say) as well as some baggage. Or you could increase fuel capacity. Or you could fit a nicer, quiet interior. Or use landing gear less prone to breakage in the training environment. The 1320-pound limit seemed fine but has proven to be too low out in the real world. Fix it.

Now that we have new limits, there’s one other wall I’d like to kick out, and that’s the 45-knot stall speed. Actually, I agree that keeping the stall speed low is one of the best ways to improve safety, but the way the ASTM rules are written, this applies to the clean stall speed. Most of the designs have flaps, which can be (and should be) factored into this equation. I’d be perfectly content with a 45-knot landing-configuration limit, or even 50 KIAS dirty. After all, the 61-knot stall-speed limit for single-engine certified aircraft is considered with the use of flaps. Why is this any different?

When you raise the effective stall-speed limit you can then reduce wing area (or maintain it at the higher gross weight) and thereby increase wing loading. If there’s one complaint to be leveled at LSAs, it’s that they tend toward the "kitey." In fact, pilots transitioning from Beech Bonanzas and Cessna 182s have had a lot of trouble with these slow-landing, responsive aircraft, pranging them on landing with some regularity. A little bit of wing loading will go a long way.

I’m sure there are other aspects of the LSA regulations that could benefit from a tweak here and there. Given the fragile state of general aviation and the failure of the LSA "movement" to attract great numbers of new pilots, it’s foolish to call these rules good enough to leave alone. Sure the manufacturers want stability, but they need sales, too.

Marc Cook – Former KITPLANES Editor-in-Chief Marc Cook has been in aviation journalism for 23 years and in magazine work for more than 25. He is a 4500-hour instrument-rated, multi-engine pilot with experience in nearly 150 types. He’s completed two kit aircraft, an Aero Designs Pulsar XP and a Glastar Sportsman 2+2.