PS Engineering has added a 760-channel, VHF communication radio integrated with an audio panel to its product line. The PAR100EX system combines an audio panel, audiophile stereo intercom with IntelliVox, Bluetooth connectivity and a remote-mounted VHF aviation communications transceiver-in a small-footprint package. As a result, the company has partnered with Microair to integrate a radio with its new system, which will save cockpit space, weight, provide the most sought after functionality and cost less than standalone systems, the company says.

The PAR100EX’s low price may make it attractive for the Experimental and Light Sport aviation market (the unit will be FCC approved, but it will not hold FAA approval for airplanes certified under standard airworthiness), and the elimination of one panel-mounted radio saves space.

The right half of the PAR100EX is dedicated to the com radio, with an easy-to-read liquid-crystal display (LCD) that shows the frequencies, which are controlled through a concentric knob. This radio has active and standby frequencies, and a standby frequency monitor mode. The left half has all of the audio panel controls for radio selection, intercom and music volume, intercom mode, and PS Engineering’s multiple music mute mode control. The functions of the PAR100EX are electrically independent, including the power supply, so even in fail-safe on the audio panel, the VHF radio can still be used.

The PAR100EX can be configured as standalone, as COM 2 or as COM 1. The system can be a primary VHF com, and the second radio could be a tactical or business radio. Integrated Bluetooth allows the PAR100EX to interface with cell phones, offering ready access in the cockpit. In addition, the Bluetooth will stream music from compatible devices such as iPads and smart phones. 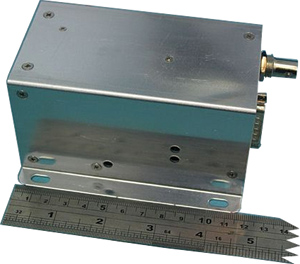 The company has also introduced two new audio panels that will complement its successful PMA8000-series by adding functionality in specialized applications.

The new PMA8000C adds a third transceiver, while retaining Bluetooth connectivity for cell phones. The PMA8000D is for dual audio installations. This unit allows for installations where the pilot and copilot (or flight crew and observer) require separate and independent audio selection.

The PMA8000D uses a proprietary digital interface (IntelliAudio) to communicate the intercom modes and transmit status to another audio panel, and avoids putting the system into strange logic states that are sometimes possible with less astute systems, according to the company.

"Given the current general aviation accident rate and the clear evidence that pilot error continues to be the primary ongoing problem, the need for pilots to participate in a new paradigm of training is obvious," said Avemco President Jim Lauerman. "This industry needs to help itself by significantly improving piloting and loss-prevention skills. At Avemco, we take this responsibility seriously. The goal is simple: save lives and grow general aviation."

This formation of the first Avemco Safety Team reaffirms the company’s commitment to general aviation safety. The team will be offering educational advice and presentations to general aviation pilots and aircraft owners. The program launched at Sun ‘n Fun, but will continue with educational forums conducted by Lauerman and Safety Team members throughout the year. These include additional educational videocasts on the company’s web site and more guest events by the team at Avemco Forums and exhibits during EAA AirVenture Oshkosh. 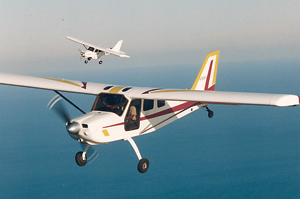 Comp Air Aviation has announced a price reduction through the end of 2011 on its six-place Comp Air 6 composite kit aircraft. The kit was previously priced at $45,645, and the new price, which includes three options valued at more than $10,000, is $44,995. The three options are the wide-body upgrade, which adds 4 inches in cabin width (normally priced at $2420), the taper wing upgrade (normally $2436) and the fast-build option (normally $4835). The Comp Air 6 is available in tricycle gear or taildragger configuration, and offers cruise speeds of 150 to 200 mph on engines ranging from 220 to 300 horsepower. The basic kit includes the fuselage kit, wing kit, conventional gear kit, cowling, basic VFR instruments and all pre-cut hardware.

The newly created UL Power of North America, LLC is the exclusive North American distributor for sales and service of the aircraft engines manufactured by UL Power Aero Engines, which are lightweight, direct-drive, air-cooled powerplants. The current product line ranges from the 97-horsepower UL260i to the 130-hp UL350. All of them are horizontally opposed four-cylinder, four-stroke engines with FADEC (Full Authority Digital Engine Control), multipoint electronic fuel injection with automatic altitude and temperature compensation. 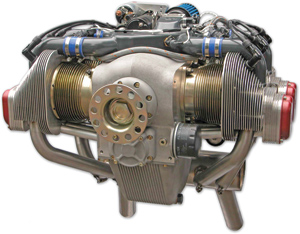 "We believe these engines to be a great solution for many Light Sport and Experimental Aircraft," General Manager Robert Helms said. "These engines are lighter, stronger and easier to operate than the historic choices available in this market segment. This will also enable Light Sport Aircraft manufacturers to enhance their designs because of the high power-to-weight ratio."

UL Power of North America, LLC will continue to work with previous distributors including Fly With Gus, LLC of Edgewater, Florida.

UL Power of North America has also announced its first OEM relationship with kit manufacturer Zenith Aircraft Company, and has indicated plans to work with other manufacturers as well as individual builders to bring them a stronger, lighter and easier to operate powerplant.