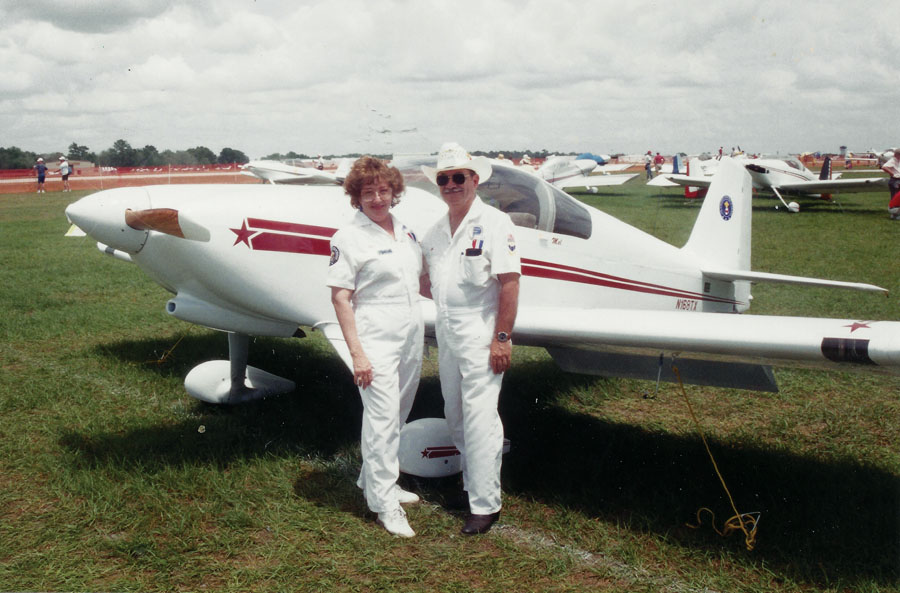 January 9 is my wife Ann’s birthday. It also happens that our good friend, Red Marron, had that same birthday. Every year, Ann and I shared a birthday dinner with him. At one such dinner in 1989, I mentioned to Red that I would like to build an RV-6, knowing that he also loved the airplane. I suggested that we could build two airplanes side by side in my garage. I expected him to say something like, “That sounds great. Why don’t we discuss it further?” But that’s not what he said. Instead, he looked me straight in the eye and said, “You think it’s too late to call Van tonight?”

The very next day, after a lengthy phone conversation with Mr. VanGrunsven, we ordered two RV-6 tail kits. I immediately began converting my garage to an airplane factory. I put up a three-car carport that was closed in on two sides so the ground vehicles wouldn’t have to sit out in the weather. You know we can have some pretty violent weather here in North Texas. 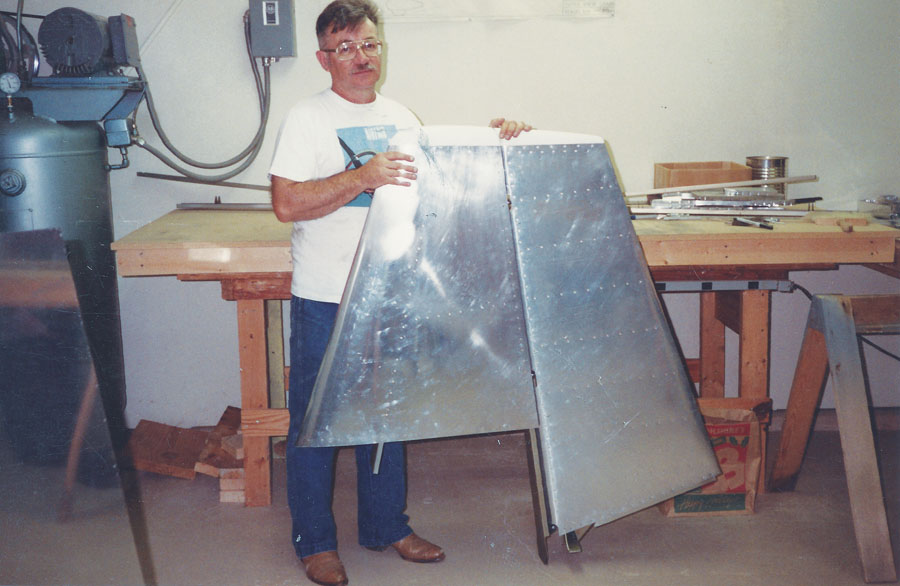 A lot of EAA members were very interested in watching the projects go together, so much so that we weren’t getting much work done with all the visitors coming and going. We came to the conclusion that if we put in a hard weekend, we needed a break, so Monday was established as “visitation night.” Anyone interested could visit on Monday, and we didn’t expect to get a lot done. It worked tremendously. We would work almost every evening and Saturday and Sunday. Then show-and-tell was on Monday.

During the project, we had lots of visitors, including Chief Astronaut Robert “Hoot” Gibson and John Kiker. You may not recognize the name Kiker, but he was the NASA engineer who developed putting the Space Shuttle on the back of the Boeing 747. NASA initially came to John and asked him to design engines that could be retrofitted to the Shuttle so it could be flown from California back to Florida. After several attempts with radio-controlled models, John came to the conclusion that the Space Shuttle does not make a good airplane. John was a very sharp individual. Hoot and John were in town to do a presentation for our EAA Chapter and wanted to visit a few projects.

I obtained N168TX for my aircraft in honor of our EAA Chapter 168. Four years later, in mid-May of 1993, both airplanes flew within two days of each other. Four years may seem like a long time by today’s standards, but you must remember that the RV kits of that era did not come with any predrilled holes. We had to drill every hole, including cutting the lightening holes in the wing ribs. 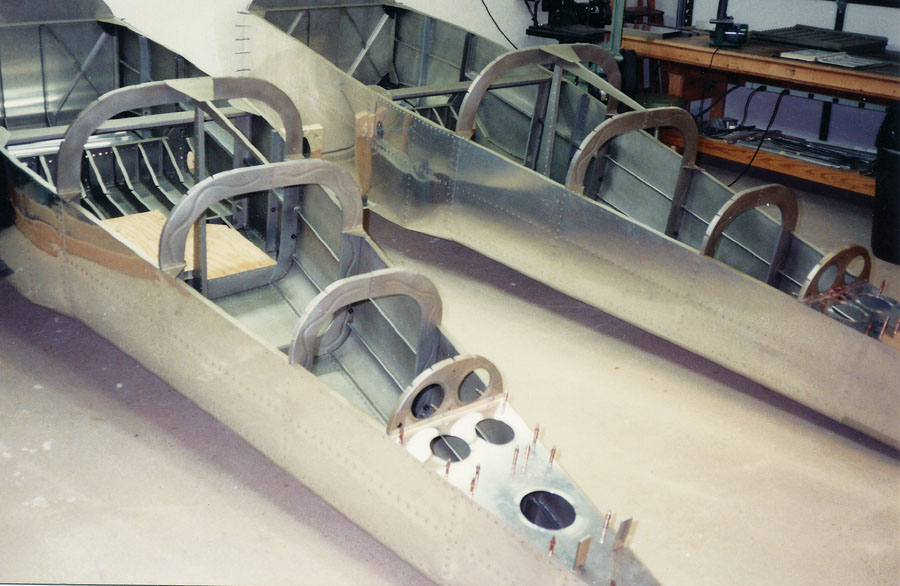 Two RV-6 fuselages out of the jig (often called the canoe stage).

In those days the plans ended at the firewall. Everything forward of the firewall was entirely up to the builder, as were any instruments and avionics.

In those early days, Van had the RV homecoming at his private airport in North Plains, Oregon. We attended in 1994 and literally parked in his backyard. 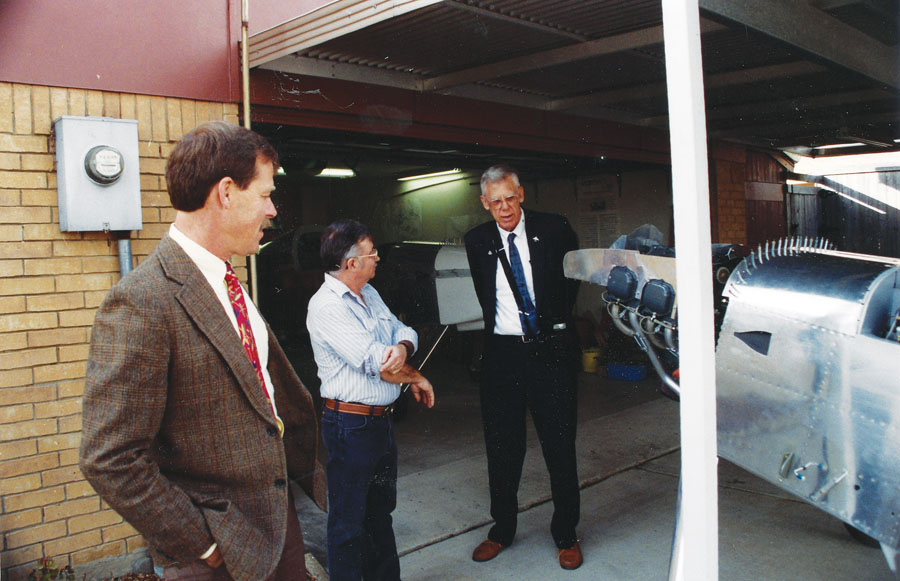 In July 1993, I watched a good friend, Bob Newton, take off in N168TX to perform the aerobatic flight testing. I chose Bob because of his history of flying F-101s with the U.S. Air Force and extensive aerobatic experience in his RV-3.

That’s the last time I saw that airplane fly without me in it—until August 29, 2018. That’s when Ralph McRae took off from McKinney National Airport in N168TX, en route to its new home in Louisiana.

Ann and I don’t do much cross-country flying anymore, and rather than letting the airplane sit, we began looking for adoptive parents. Ralph and his lovely wife Anna passed our interview with flying colors and are now the new proud owners. When Ralph landed his L-19 at our private strip and stepped out wearing cowboy boots, I knew we were going to hit it off! 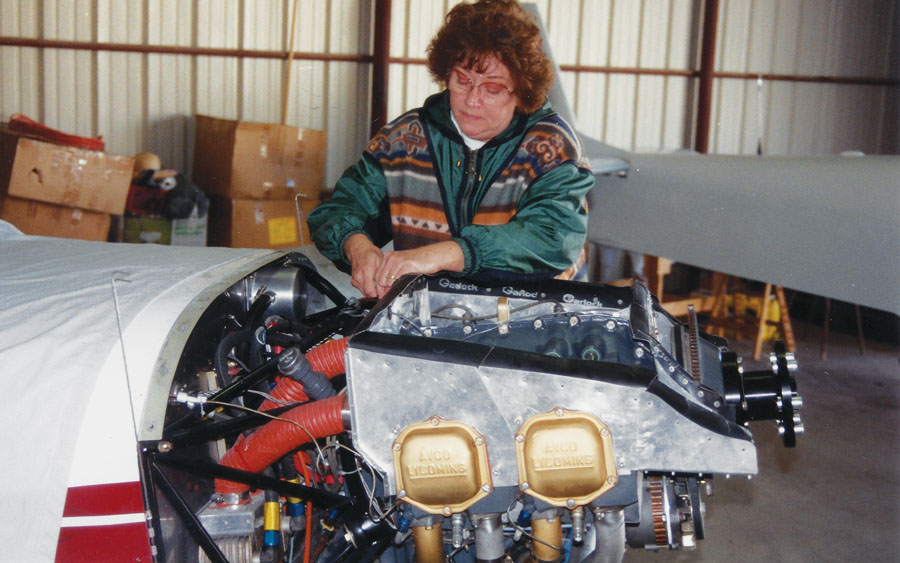 With 1500 hours in the L-19, the transition was fairly straightforward. Ralph just had to learn to slow down and flare lower.

I have purchased a Legend Cub for puttering around locally, and it’s a blast. Actually, the Legend that I purchased is the first “production” airplane that they sold. But that’s a story for another time.

Dave Prizio - March 24, 2022
1
As supply-chain problems continue to make it hard to find the products you seek,...