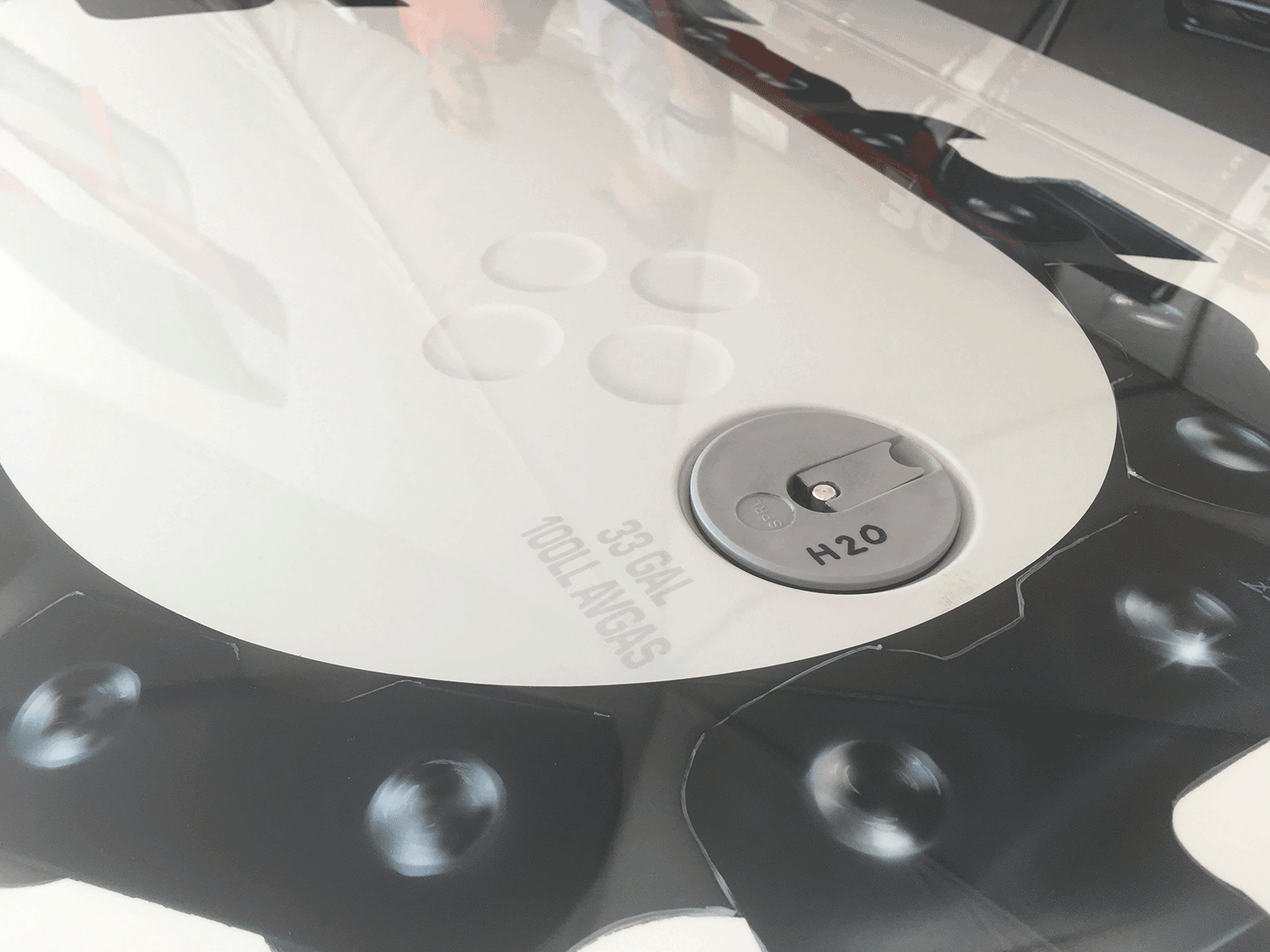 Reno Racers go to incredible lengths to gain a fraction of a mph on their rivals (I know that we use knots as a rule here at Kitplanes, because that is the standard aviation unit for sped – but racers do thing s a little differently. you see, the numbers are bigger if you use mph..). Take for example the golf ball dimpling on the upper outboard surface of the wing on Andrew Findley’s super fast Lancair. Andrew has spared no expense to gain every fraction of a hair’s breadth of available speed, like spending time on a NASA supercomputer to determine exactly the right depth for those four dimples just inboard of the fuel cap.

And if you believe any of that, you’ll be just as fooled as everyone else (including us) who have seen those “dimples” and ran our hands over them to see just how deep they are. And the answer is – They have no depth at all! They are airbrushed on so perfectly that they look three dimensional,. But the surface is completely flush! They are part of the look of a chainsaw blade that is also air brushed in three dimensions on the wing surface. Why a chainsaw? Finley (and the end Races) are sponsored by Stihl.

(Oh, and “H2O” on the fuel cap? yes – when the airplane is in race configuration, the left hand fuel tank is used for the water injection system. It is re-plumbed for fuel to put the airplane back into cross-country mode.)

Kerry Fores - September 8, 2022
3
A first flight reveals truths that only air moving over an aircraft’s surfaces can...