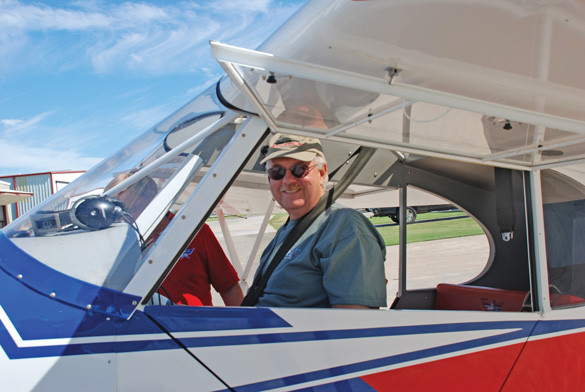 Dave Prizio tries on a Cub for size, sitting in one of the factory demos at American Legend Aircraft in Sulphur Springs, Texas.

Standing at the gate to AirVenture, coming off a good year and feeling middle-class rich. How sweet is that? It is like being an 8-year-old turned loose in a candy store with a $20 bill, only better. The decision to build something was already made, but the big question was what. Of all the many and varied kits and plans represented at Oshkosh, which one would I tackle next? Oh, yes. I am a repeat offender. This will be number three. My first offense was a GlaStar, which I started in 1998 and finished four years later. My second and current plane is a Sportsman 2+2, the big brother to the GlaStar. These projects gave me good experience with metal and composites, but now I wanted something different. 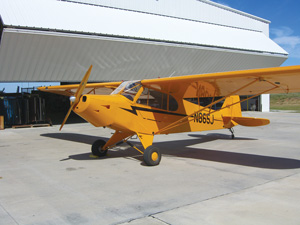 I tried my best to bring some logic to this process. Amateur-built airplanes provide recreation and education for the builder, according to the FAA, so what kinds of recreation and education did I want? And what other considerations such as cost, ease of construction, ease of maintenance, flying characteristics, resale value and Light Sport eligibility would shape my decision? These are all questions anyone thinking about getting into homebuilding should ask. Without answering these basic questions—and doing so honestly—the search for a project is just too unfocused and likely to end in a poor decision. After all, I had to pick just one, and there was only a week to look at everything.

I had specific goals. I wanted to learn more about fabric covering, because my previous projects gave me none of that. I wanted something I could use to practice my ground loops—just kidding. I actually wanted to learn how to avoid them so I can some day move up into a Stearman or a Waco. An easy-flying Cub seemed like a good way to approach that. I wanted a kit rather than plans, because I lack the patience to build from plans.

Also, I insist on dealing with a company with a solid track record, because I know that there are too many people out there with good ideas but no business sense, and it is no fun to be one of their customers. As someone who has been down this road before, I can tell you that after-sale and after-completion service are important.

I want a plane that is fun to fly, and one that at least has the potential to connect me with other like-minded people. So my search began with those parameters: fabric-covered, fun-to-fly, tailwheel airplane kit from a well-established company. Lastly, I wanted a plane that could qualify for Light Sport, just in case. As I move toward geezer status, that is becoming more of a concern. Suddenly a choice among hundreds of possibilities narrows to just a few. 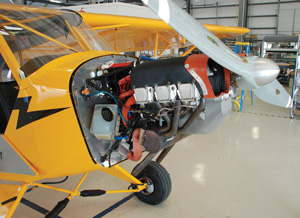 How Much Will You Pay?

Cost always rears its ugly head at some point, but once I narrowed the field to LSA, fabric-covered taildraggers, the differences in price among the various options did not have a great influence on my decision. Still, one shouldn’t leave cost out completely.

After you have built once or twice, you realize that the cost of the kit is not the cost of the finished airplane by a long shot. The old rule of thumb says the final cost will be three times the kit cost, but there are quite a few qualifiers. If you focus on a simple LSA sort of kit, you are probably going to be able to roughly double the kit cost to determine your final price if you are thrifty with your money. The most accurate cost estimate will come from actually looking at the price list and adding things up. If the kit manufacturer does not make them available, you will need to get your own prices for the engine and prop. The other big ticket item is the instrument panel. This can run from about $10,000 on the low side to about 10 times that. How about a full-IFR panel with two-axis autopilot for your Cub? Don’t laugh; it happens. Many a kit-aircraft budget goes off the tracks as pilots become enamored with the latest electronic gizmos.

Lastly, the cost of any quickbuild options or builder assistance must be considered. As of this writing, the FAA is forging ahead with a revision of the so-called 51% rule, which says that the amateur builder must construct the majority of an airplane for it to be registered as Experimental/Amateur-Built. This means that professional assistance and quickbuild options will likely be curtailed, at least to some extent. Until the new rules emerge, these costs should be considered. Allowing for the cost of an EAA SportAir workshop or two is also wise. And don’t forget any tools you need but don’t own. These could run $2000 or more, depending on the kit. 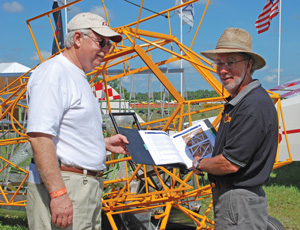 I went through this entire process at AirVenture last year and decided to get a Cub kit from Texas Sport Aircraft, the kit division of American Legend. More than 150 of these airplanes currently grace the skies, so they passed the “know how to run a business” test. The company has lots of pretty color pictures in its assembly manual, so that looked good. The kit is very complete, which should save time and money, another plus. And everyone loves Cubs, so the potential for socializing and fun looked pretty good, too. The main competitor in my mind was the RANS S-7 Courier, which I am sure would have been an equally good choice, but pure emotion drove me to the Cub. So much for that logical decision-making process.

Airframe decided, it came time to choose the powerplant. I decided to go with the Jabiru 3300 engine for less weight and 20 more horsepower, compared to the Continental O-200. The cost of the two engines is about the same, but the Jabiru saves about 30 pounds. (If the new Continental O-200-D engine had been available at the time, I might have made a different decision, but it was not.) Keeping empty weight to a minimum dominated my thinking as I chose what to include and what to leave out. I also stuck with a simple VFR-only panel consisting of Garmin avionics including a GPSMAP 496, an SL40 com and transponder, with a Dynon FlightDEK-D180 covering flight instrument and engine instrument needs. My budget for the whole thing ended up at about $81,000.

Now for the really tough part: convincing my wife that I need another airplane. Simple logic requires us to take this step seriously. Domestic harmony must be maintained to avoid adding the cost of a divorce to the project budget, something I strongly recommend against. I tried arguing that I needed the Cub to prepare me for the Stearman, but she saw through that right away. “Why do you need a Stearman?” she asked. I could see that wasn’t going to work. We finally agreed that I could get the Cub if she could get a swimming pool. It sure is helpful that I had a good year last year.

The editor of KITPLANES®, having been at least mildly impressed with my airplane building experience and literary talent, asked me to chronicle the construction of my Texas Sport Cub for the magazine, something I am all too happy to do. In the coming months, I will go into the particulars of building the Cub and the ins and outs of dealing with Texas Sport Aviation. I will also introduce you to my building buddy, Ed Zaleski (another three-striker). I hope you will find the story of our adventure informative and entertaining. I know we are already having a good time.

Effect of Propeller RPM on Speed, Efficiency, Noise, and Vibration

Nigel Speedy - September 22, 2017
0
Getting better performance from a constant-speed prop.

Marc Cook - August 17, 2009
0
Whats happening behind that firewall? Marc Cook traces the lineage of engine monitors over the past 25 years.

Mel Asberry - May 18, 2018
0
Questions about operating limitations when changing engines and adding avionics for IFR.