We’ve all craned our neck upward to watch airshow performers draw elegant smoke trails across the sky and secretly said, “That looks like fun!” Maybe it’s time to draw some of your own smoke trails with the $250 smoke system. 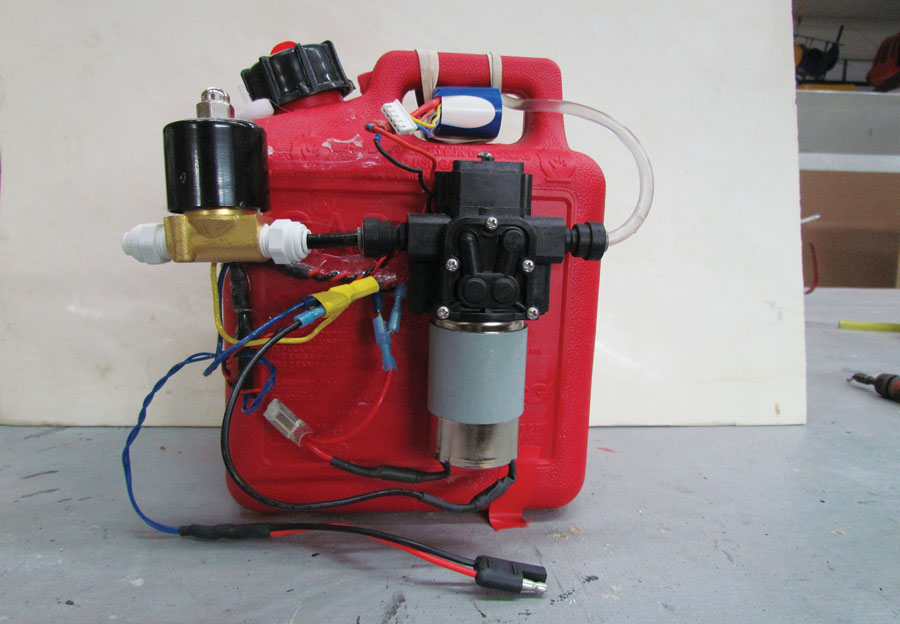 I looked at commercial smoke systems, and they seemed beyond what I could justify. After looking through some of my priceless “junk” collection, I realized one could build a perfectly adequate smoke system within a reasonable budget. For those of you who don’t have a lifetime collection of “useful” treasures, a complete materials list is provided with suppliers and item costs.

A little research told me that one needed between 0.4 gpm (gallon per minute) and 1.0 gpm of smoke fluid pumping capacity. The system detailed here pumps about 0.4 to 0.5 gpm, producing decent smoke trails for my Onex.

The smoke oil tank is a one-gallon plastic gasoline container with a few modifications. A larger smoke oil tank may be used if your aircraft has the CG tolerance and space for it. A fluid pickup flop tube was added, as well as a one-way check valve that allows air to enter to replace the fluid being pumped out while preventing spillage in other than positive-G maneuvers. To simplify and modularize the unit, I used E6000 Industrial Adhesive to glue the smoke fluid pump, solenoid valve, and check valve directly onto the container. The purpose of the normally closed solenoid valve is to prevent smoke fluid from siphoning out through the nozzles. I discovered this need when a puddle began to appear under my exhaust stacks. 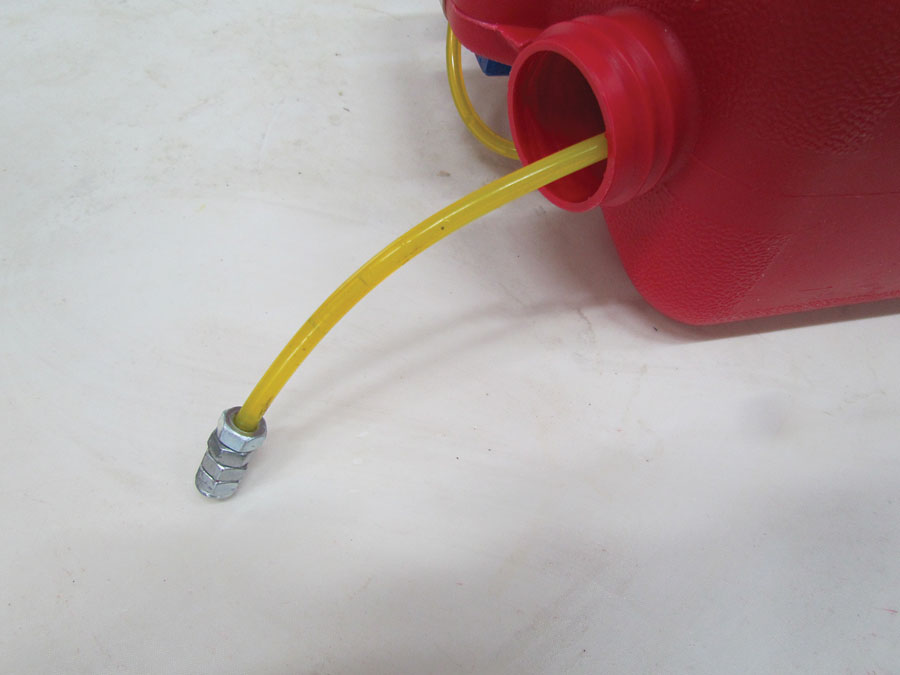 Inside end of the flop tube. The tube is glued into a -inch hole through the top of the fuel can. The inside end is weighted with four -inch stainless nuts.

The battery is a standard 1000 mAh 4s lithium battery from the radio-control world. The battery powers both the pump and the solenoid valve.

At the suggestion of smarter people, the lithium battery was wrapped in fiberglass cloth and relocated to its own metal box away from the smoke tank. The hazard is very low considering the short duty cycle and relatively low power draw, and the battery is taken out for charging. But just to be safe, it’s now in a metal box. 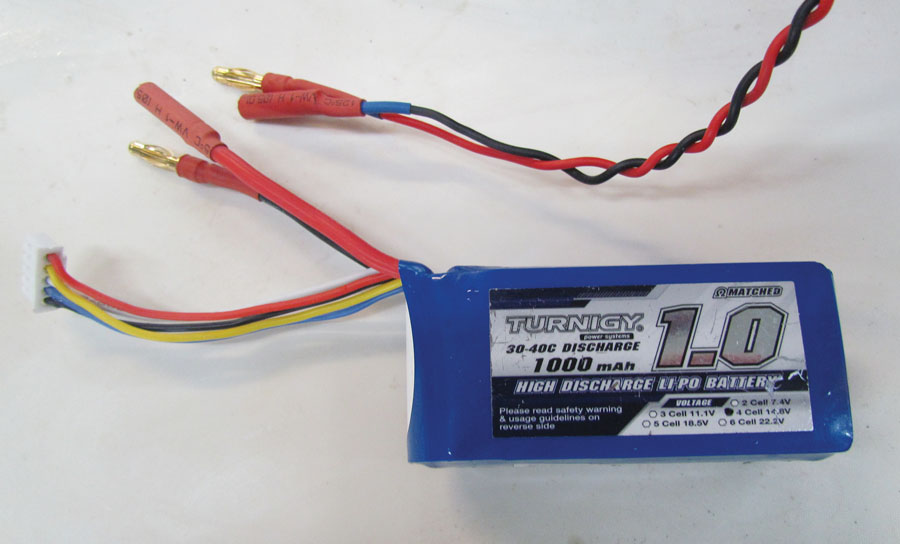 The 1000 mAh 4s lithium battery comes from the radio-control world. It powers both the pump and the solenoid valve. 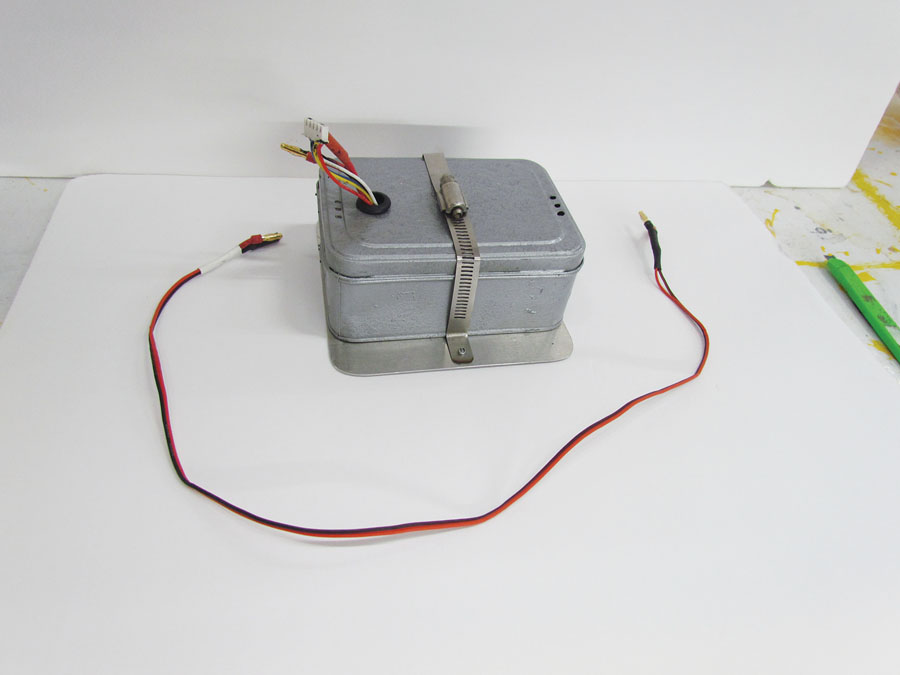 The battery was wrapped in fiberglass cloth, then housed in a tin box away from the smoke tank.

Using automotive connectors, the system is wired with a push-to-talk momentary switch that controls both the solenoid and the pump. The switch is mounted in a small plastic block with Velcro straps that wrap around the control-stick grip. The basic wiring diagram for the system is shown below.

High-temperature plastic tubing is used throughout the system to get the smoke fluid from the container to the injection nozzles. A quick disconnect fitting after the solenoid valve allows the tank assembly to be removed from the aircraft for battery charging and refilling with smoke oil.

I also installed a cockpit shutoff valve to keep the tubing contents from draining when the tank is removed. (After I added the solenoid valve and the quick disconnect with a built-in shutoff, the cockpit valve is probably redundant. I’ll leave that up to you.) 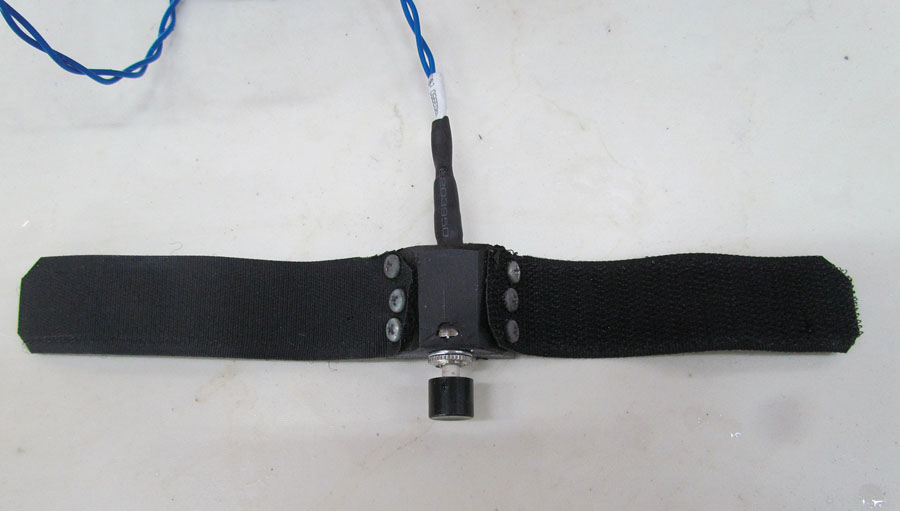 A push-to-talk switch controls the solenoid and the pump. 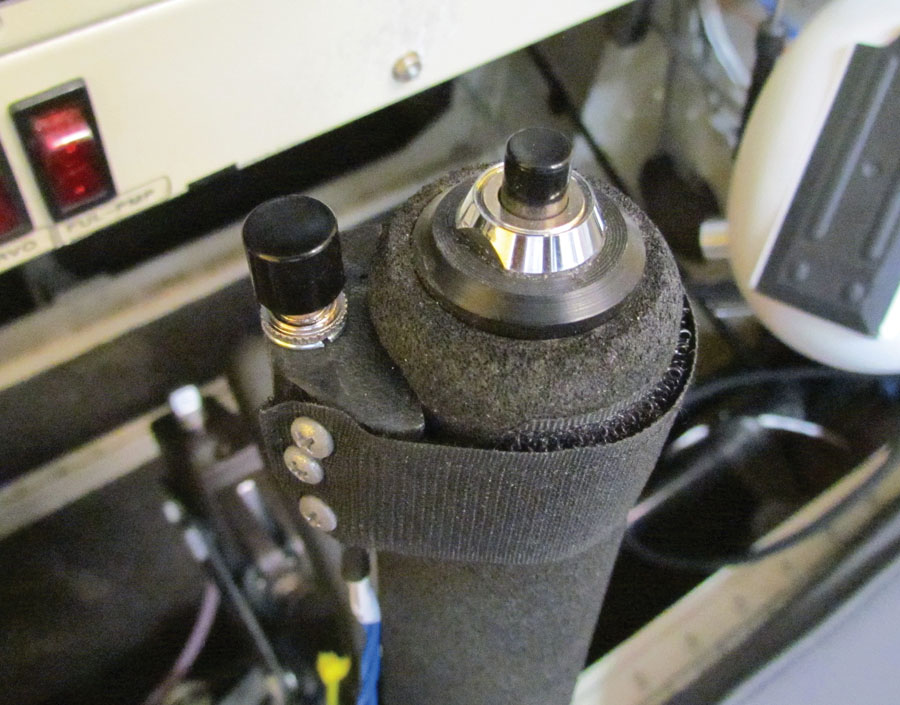 The switch is mounted in a small plastic block and attaches to the control stick grip with Velcro straps.

The injection nozzles were purchased from McMaster-Carr and sized to flow a total of 0.5 gpm. You can install one larger nozzle in one stack, or if you have two stacks, one nozzle in each, as I did on my Jabiru 3300. The nozzles may be installed in one of at least two ways: They can be installed directly through the exhaust stack with band clamps and a stainless sleeve, or by inserting a tube up the stack through the outlet opening. The latter method causes a slight exhaust flow restriction but does allow installation without the need for drilling any holes in the exhaust system. In either case, the nozzle(s) should be at least 12 inches from the end of the exhaust stack(s). 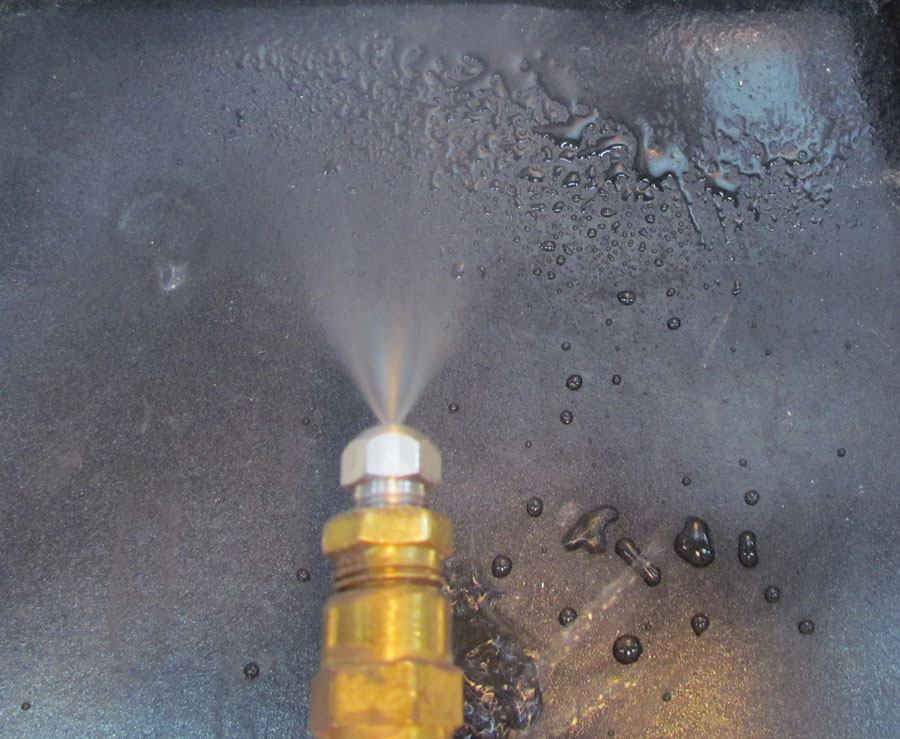 Other than the through-the-pipe nozzle installation, the goal of this project was to not require any permanent modifications to the aircraft. One does need to route the smoke fluid tube through the firewall, but I suspect most will be able to find an existing firewall penetration that will accommodate it. 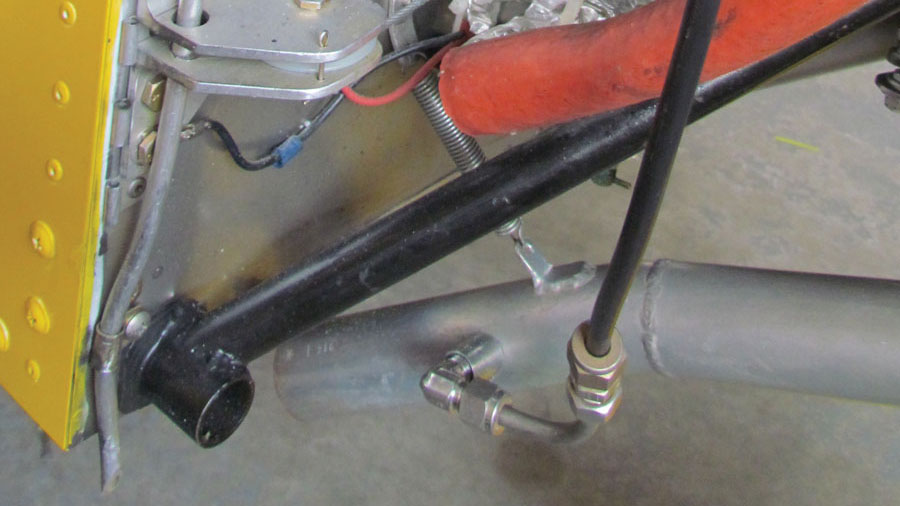 Once through the firewall, the smoke fluid tube tees into two tubes, one for each exhaust pipe, or goes directly to a single exhaust pipe.

The fittings are held on with worm-drive clamps and a .060 stainless cover sheet. A generous layer of muffler cement is applied under the stainless sleeve to seal against exhaust leakage.

If you’ve always wanted to put on your own airshow, but didn’t want to invest in a commercial system, you now have an inexpensive way to take up smoking. 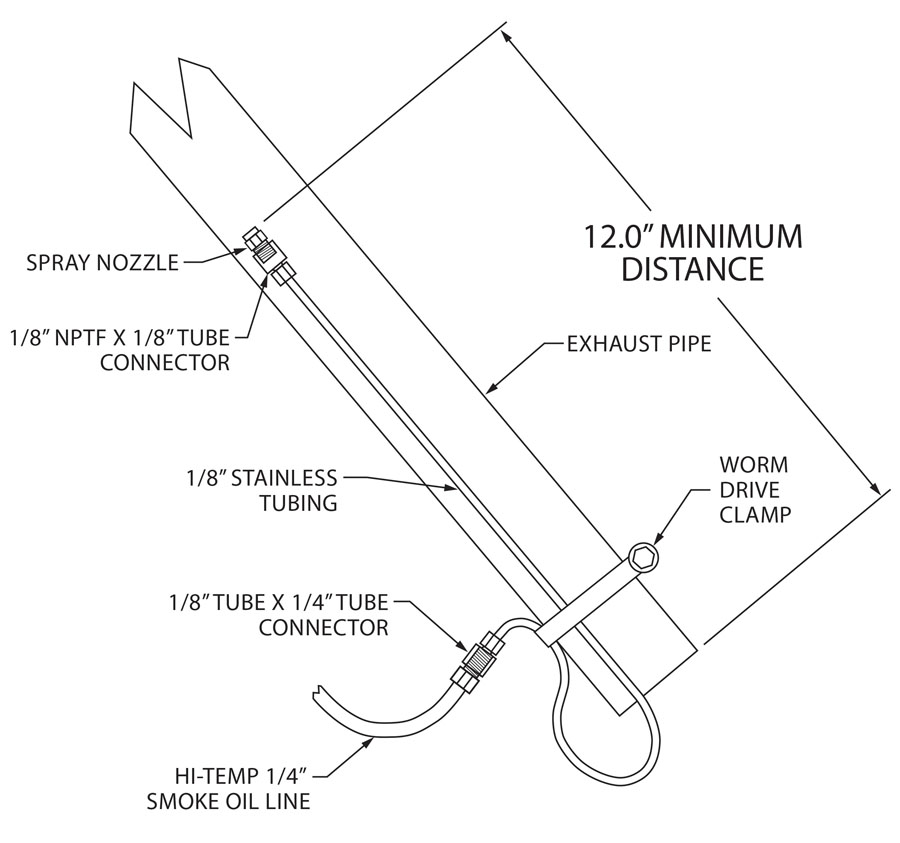 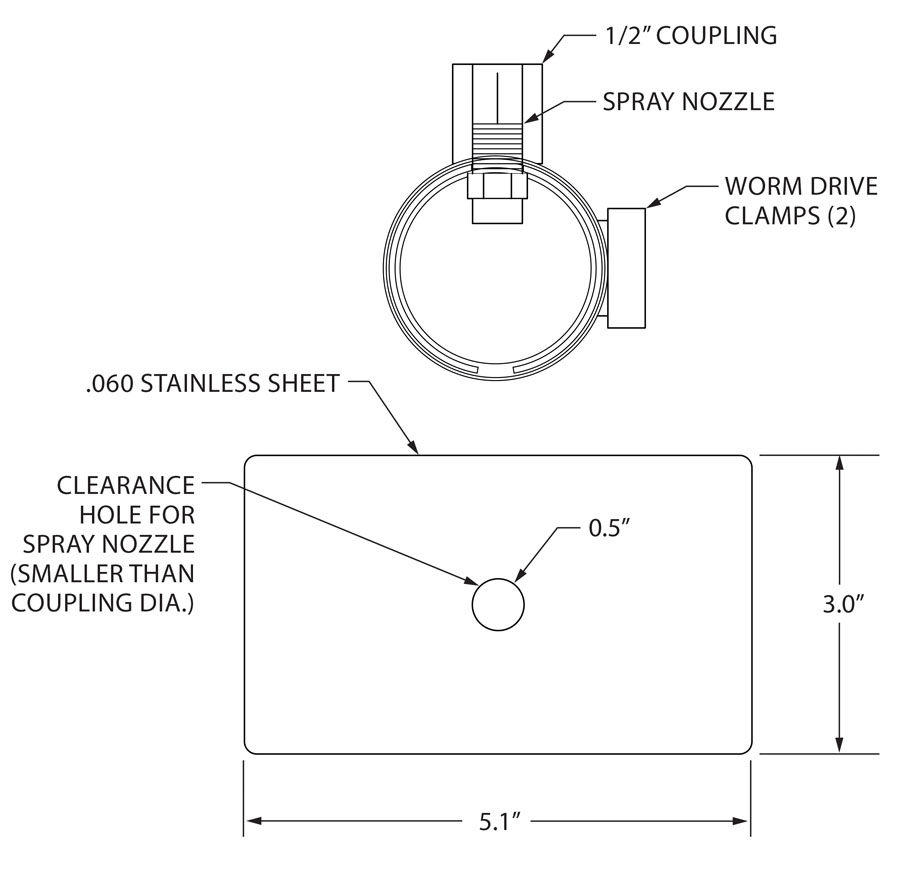 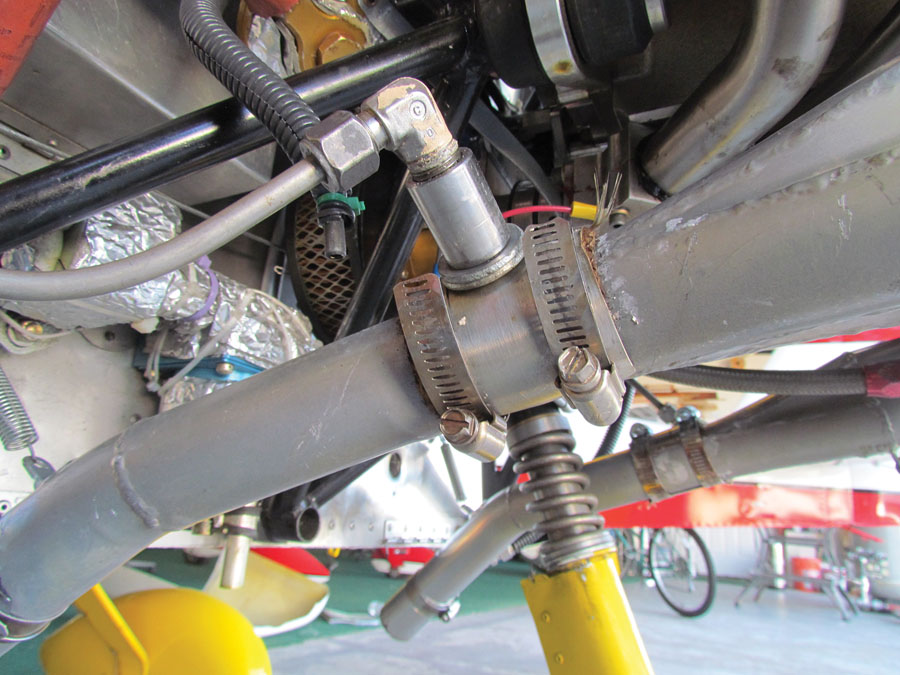 Exhaust pipes with clamps and sleeves in place. 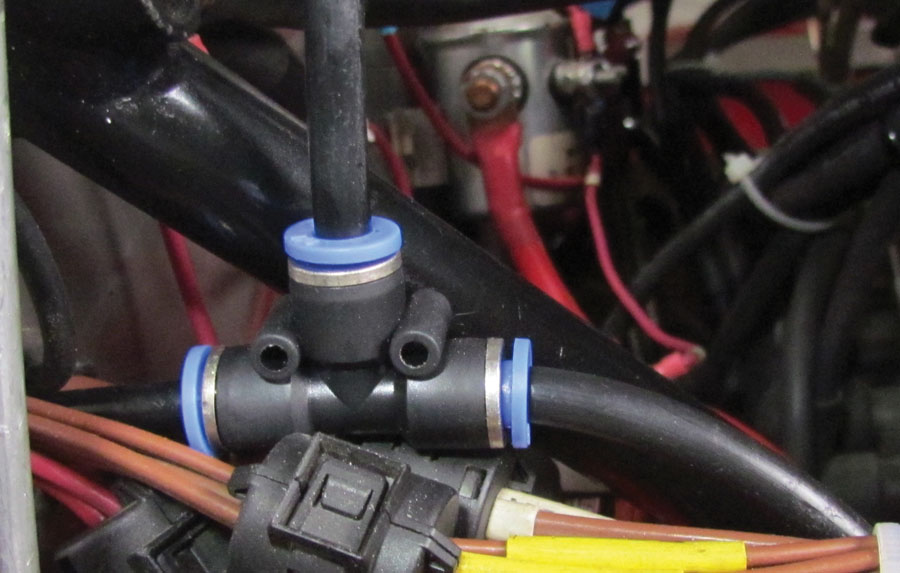 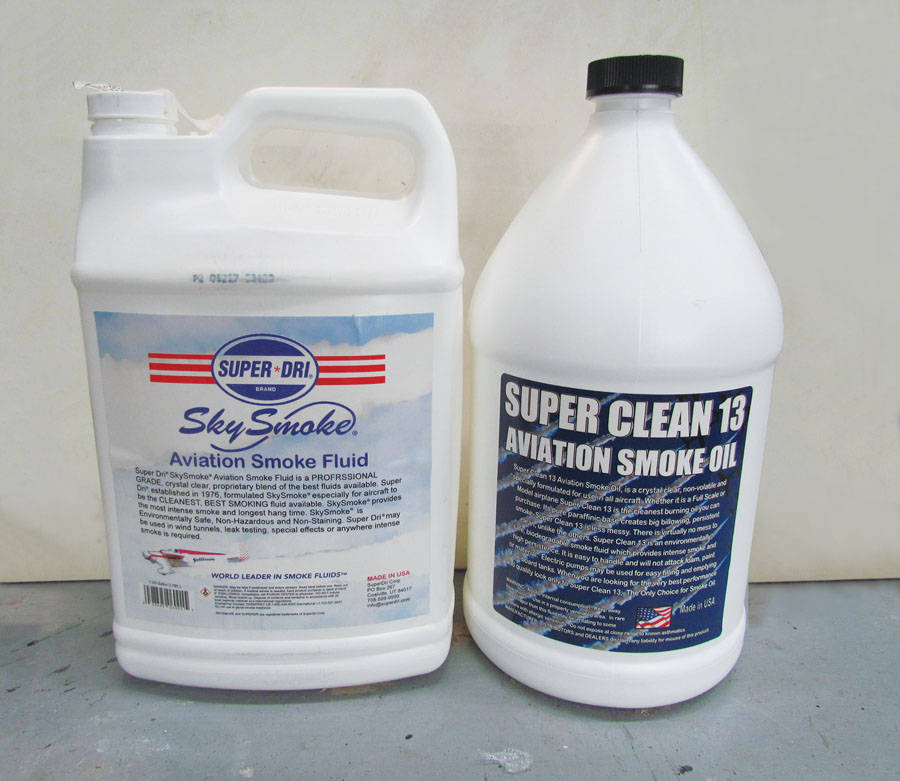 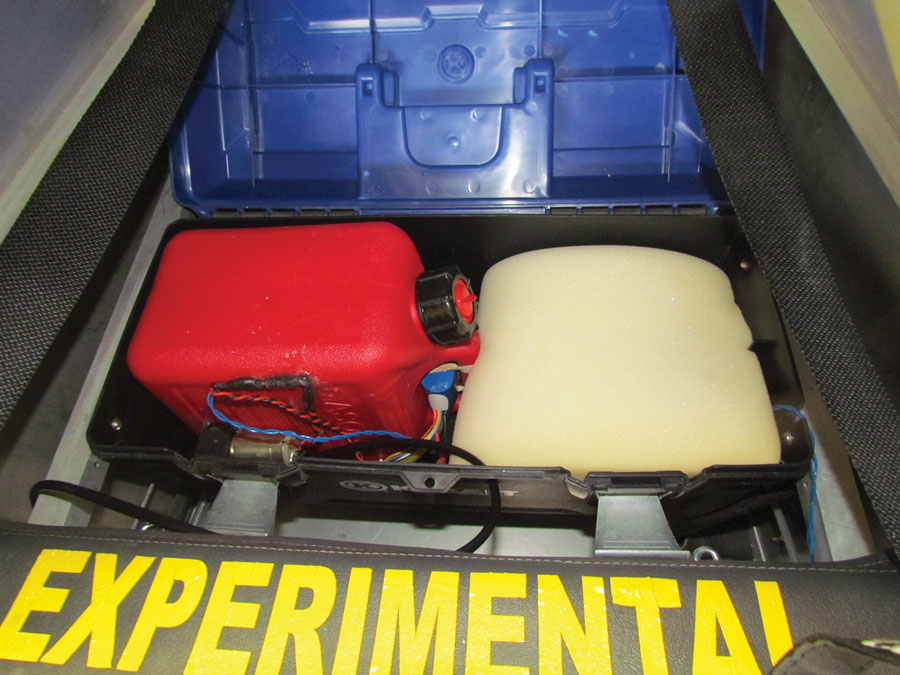 Smoke system components are housed in a plastic toolbox. Foam padding surrounds the battery box and helps hold the tank in place. 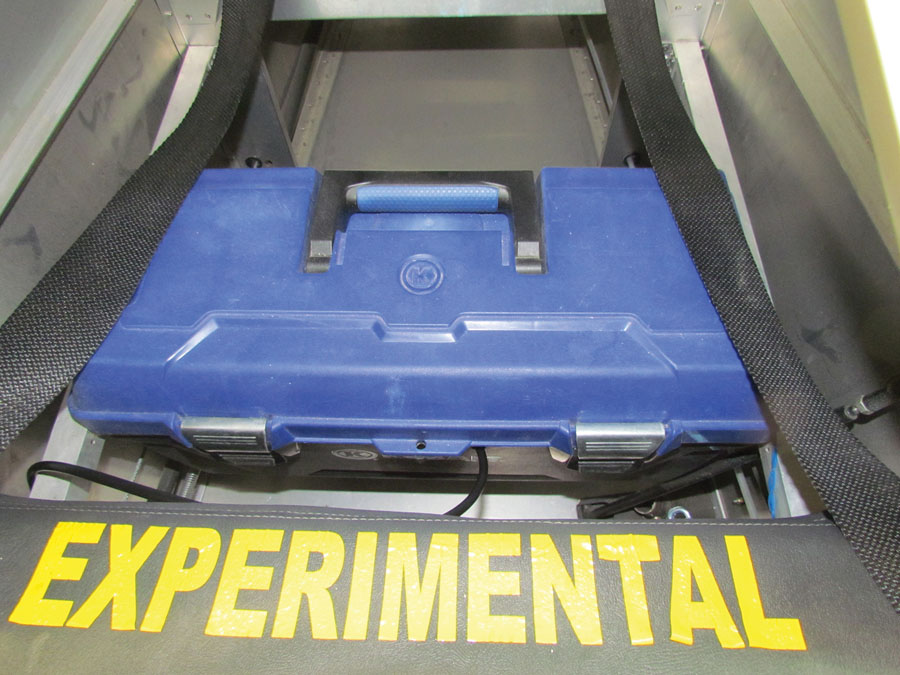 The box is closed and latched to secure the smoke system in flight.