It is often said that those who do not learn from history are doomed to repeat it. This pithy statement is closely related to another: “If you keep on doing what you have always done, you will continue to get what you have always got.” (Not particularly good grammar, but it gets the point across.) In truth, both of these statements apply to virtually every aspect of aviation. Whether we’re designing, building or flying, we need to understand the history behind the way airplanes are created and operated if we want to keep them in one piece and remain alive.

The history of aviation is, unfortunately, written in the blood of those who have gone before. Many things that we accept as given are done because someone perished in the past; the origins of simple standards that we don’t even question are lost in the mists of time. For instance, there is the old rule that bolts should be installed with their heads up or forward so that if the nut comes off, the bolt has less chance of falling out of the hole. Most mechanics and builders know this rule, but have they ever really thought about how it came about? I wonder, sometimes, if some unlucky pilot looked down to see the bolt holding his wingstrut falling out of the hole, way back in the old days. It is a chilling image and not one I would want to experience without a parachute. 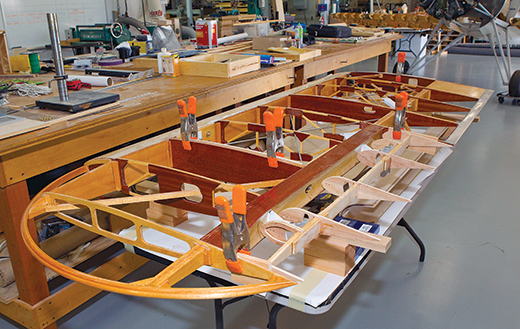 Even though you may be building with “modern” materials of composite or aluminum, much of what we know and use today came from the wood craftsmen of the past. Decades of aircraft construction have taught us how to use hardware properly.

Because we are involved in the world of Experimental aviation, it is important to understand the history behind the designs and standard procedures that we employ. Pilots who accept a certified airplane for flight can be fairly certain that there are no hidden gotchas lurking in the design or construction, but those of us rolling our own need to understand all of the various ways in which we can come to experience a terrifying moment firsthand.

Even with certified aircraft, modifications to the original design are places where we need to learn from the past. I vividly remember getting my old Grumman Yankee out of the avionics shop after the installation of a particularly long and heavy HSI (horizontal situation indicator) unit. I taxied out to the runway and did my normal control checks—yoke full right, all the way forward, full left, all the way back, then back to center in both axes. All felt normal, so I initiated the takeoff. When I went to rotate, I pulled back—and the yoke came back halfway and stopped. 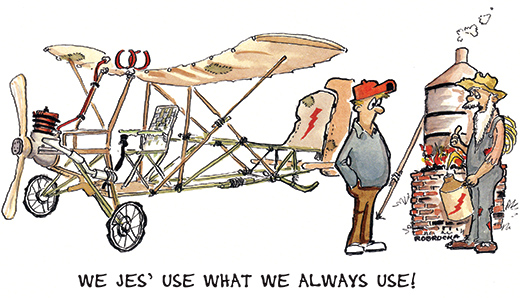 It turned out that the design of the yoke’s push-pull tube had a bellcrank horn that stuck straight up to attach to the aileron linkage. The avionics shop had installed a cross-beam to support the weight of the new HSI, and it was just low enough to catch the arm of the yoke in the roll-neutral position. So when I “boxed” the controls, I missed the catch-point by essentially going around it. Ever since that day, I do a complete boxing of the controls, followed by an ailerons-neutral pitch cycle, just to make sure I have no hang-ups that will affect me during rotation. This little lesson could have cost me a great deal if I hadn’t paid attention and aborted the takeoff when I did.

I like to read through the various sections of AC 43.13, the bible of aircraft maintenance, repair and modification, and think about the various techniques and processes that quite frankly appear to be arbitrary, such as how to safety-wire bolts, or why an accessory mount needs to be stressed the way it is. I read these chapters and paragraphs thinking about what prompted that particular technique. How did we learn that you don’t use a lead pencil to mark aluminum? Who had a structural component come apart because a line of rivets didn’t have enough edge distance and unzipped under load? Who was the unfortunate individual who discovered that a fuel pump’s overflow line needs to extend out the bottom of the cowl? Most of these techniques were not determined by a designer sitting at his or her desk—they came about from hard experience in the field and, frequently, the loss of an airplane and/or life. 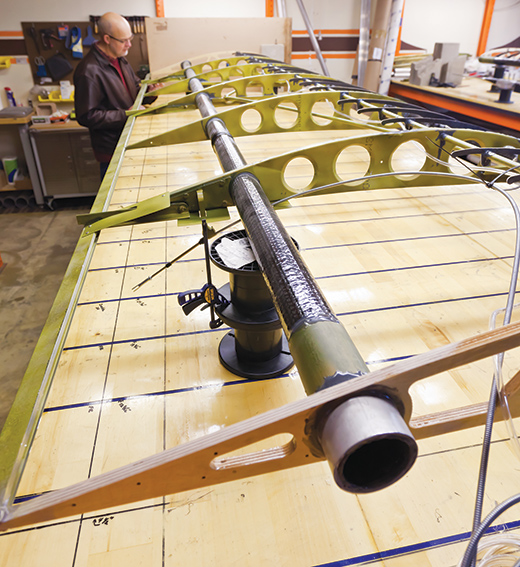 Modern airplanes must be built with care and accuracy. Common reference manuals such as AC 43.13 are really the compilations of lessons learned by countless mechanics over a century of aviation.

Lessons from history are not confined to the building phase; they include everything having to do with operating an aircraft. I often visit databases provided by the FAA and NTSB; in fact, I check the preliminary report database several times each week. These reports are simple one-liners describing incidents that have just happened. Although the causes, at that point, are usually unknown—typically listed with the obtuse comment that the “aircraft crashed due to unknown circumstances”—you can get an idea that more aircraft are damaged due to gear collapses and failure to stay on the runway during landing than any other phase of flight. Fatal accidents have a small list of general causes. And a leading cause of airline “mishaps” are wingtip-to-wingtip collisions on crowded ramps. Preliminary reports give us an idea of what is happening right now in aviation safety and remind us that mishaps and accidents do occur every day. 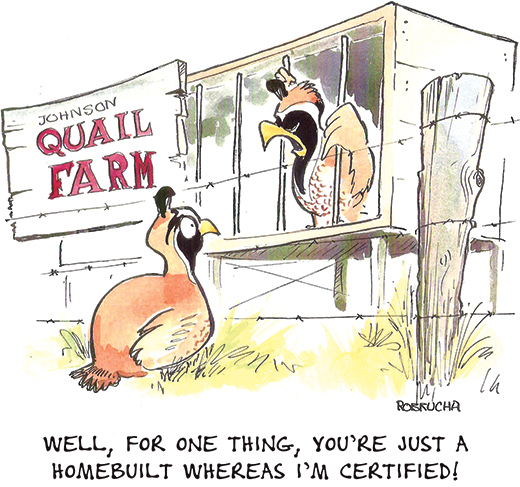 Offering more detail are the final reports issued by the NTSB on the accidents that it investigates. We all know that the majority of aircraft mishaps are determined to have been caused by “pilot error,” but it is rarely as simple as the pilot making a single major blunder. More often than not, the final action that caused the incident was precipitated by a chain of events, omissions or bad judgments that put the pilot and aircraft in position for that final act. We can learn so much from reading these reports because all it takes to prevent a similar accident is to break just one of the links in that chain. It still might result in an ugly day, but if the accident can be averted, we can learn from it and live to avoid those same mistakes the next time.

There is great benefit in learning from the mistakes of others, and I heartily endorse it. It doesn’t matter what you’re flying, the lessons learned the hard way by others in the past can help us complete every flight more safely. Studying the decisions that other pilots have made—or the successes and mistakes of other builders and designers—is a way to take advantage of other people’s misfortunes and, in a way, honor the memories of those who have gone before. While I’d rather that no one experience the terror of losing a prop because they failed to safety the bolts the way it was spelled out in the manual, I am glad that we can all learn from the first person who was unfortunate enough to experience the results of such a mistake. 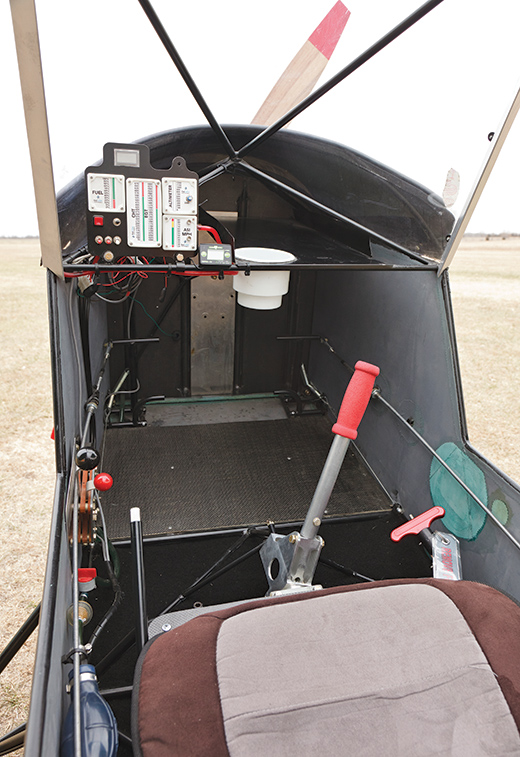 Even a “simple” airplane demands respect—the thing about low-and-slow machines is that they can just barely kill you.

Aviation history is well documented and available to those willing to take the time to study it. A pilot or builder with a professional attitude will want to learn as much as possible from a hundred years (or so) of successes and failures and to vow never to make those same mistakes again. After all, we have plenty of time to make our own original mistakes—no need to repeat the lessons of the past.