They were right. Two kitbuilder friends, Kent and Paul (Bugsy), told me that if I can change my oil, I can build an airplane. “And not only that, Sid,” Bugsy coaxed, “you’re a south Texas farm boy. It’ll be a breeze.” Sure enough, those old tool-turning skills have resurfaced throughout my RV-7A build. To that, I have added electrical, metal shaping and fabrication, prime ‘n paint, body shop, upholstery…the growing list of skills keeps building throughout this journey, and Kelli Girl is starting to look like a real airplane.

However, they also urged me to order and build a Van’s toolbox practice kit first, and I did. In fact, I ended up building two toolboxes, because drilling may seem easy, but drilling exactly in the right spot, then deburring, dimpling, riveting (four different rivet types with as many riveting techniques)…well, those are entirely new skills. 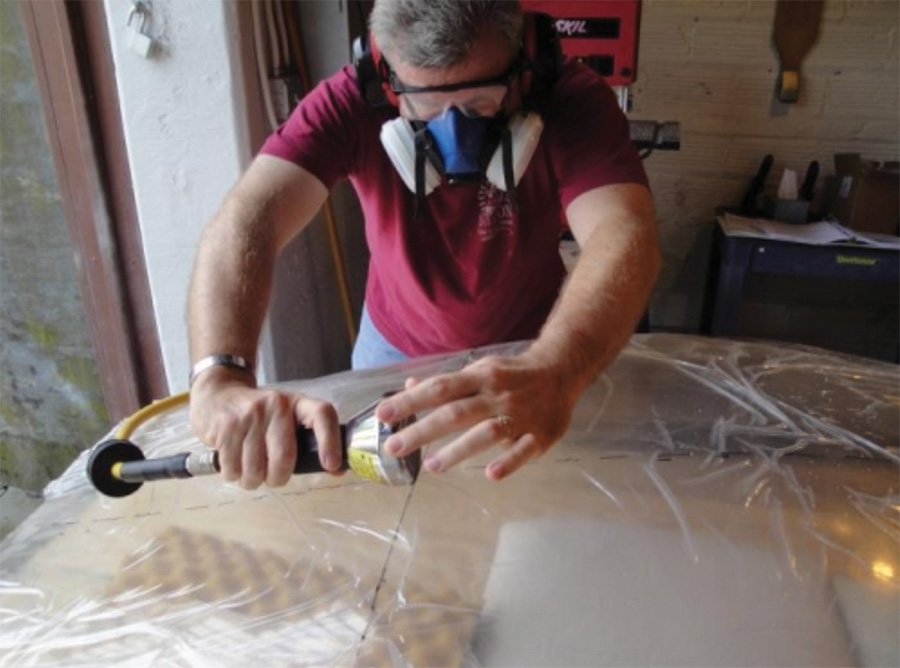 Sid Mayeux executing “the big cut” on his RV-7A canopy.

At some point in the build, you have to decide what you’re trying to achieve in your build quality. Are you just trying to get it good enough, or do you want to build the Lindy award winner? That decision directly impacts how you approach your handiwork, and the gulf between the two may be imperceptible or huge, depending on your personal standards. When you look at my project, methinks you’ll see that I’m not shooting for any trophies, but I am building more than just a safe and technically correct and acceptable airframe. I’m getting some things better than others. I think my aluminum work looks good. Some of my edges aren’t perfectly straight, but they’re not bad. I’m good with that, because I don’t want perfect to be the enemy of good.

But we must not build it wrong! There are standards for proper holes, dimples, edges, and such. I drill out improperly set rivets. I listen closely to the more experienced builders and mechanics like Randy Richmond, Jay Pratt, and the repeat offenders on the Van’s Air Force web site. They practice. Even if they’ve drilled a thousand holes through Plexiglas, on this day they grab a piece of scrap and practice with this drill bit in this drill at this pressure. They get the feel back, reset their muscle memory, then they drill the real hole in the real piece.

A great example: the dreaded “big cut.” The RV-7 tip-up and slider canopies ship as a single large Plexiglas bubble. Mine’s a tipper, so I’ll describe it here. Three-fourths of that piece is used as the main canopy-a single big window to the world with no forward canopy bow. However, the aft quarter piece overlays the crash bar, just behind the seats, covering the baggage area. After measuring and fitting, the builder marks the split point and cuts that one large single piece of Plexi into the two sections. This is the “big cut”-it’s not for the faint of heart, the distracted, or the impatient.

Wise builders will wait until the weather or shop is warm (soft Plexiglas, less brittle), and will practice repeatedly on scrap Plexi. They’ll get the feel for guiding the cutting wheel straight down a marked line. They’ll learn to let the blade melt the glass rather than physically grind through the Plexi. They’ll screw up, learn, then pray, build up confidence, and gingerly cut the two pieces from one. Getting it wrong or cracking the Plexi costs over $1000. Getting it right often precipitates a shop shutdown and well-earned celebration.

In 2005, a 400-hour private pilot bought a single-seat Jodel D.9 amateur-built aircraft. He had never flown this make and model aircraft before, and he wanted to fly it home that day. The buyer-pilot launched into a VMC day to familiarize himself with the aircraft, and entered a left pattern for the prevailing runway. Witnesses said the aircraft appeared low on the downwind leg and turned tightly into final approach. The airplane touched down short of the runway threshold grass, then bounced into a go-around. Witnesses then saw the pilot fly several left traffic patterns, each time flying lower and slower, and passing over the runway without touching down.

On the last downwind, witnesses estimated the D.9 flew about 200 feet agl, then turned base slow and nose high. On the turn to final, the Jodel spun to the left into the ground, killing the pilot. The NTSB attributed the accident’s cause to the pilot’s misjudgment of distance and altitude, and his failure to maintain adequate airspeed, resulting in a stall and subsequent undershoot.

This accident underscores transition training’s risk management value for pilots flying an unfamiliar aircraft. Now, yes, I agree with what some of you are thinking: Transition training is more readily available in some aircraft than in others. For instance, over 8700 RV airframes have been completed, so plenty are available for training or familiarization rides. And, yes, some aircraft come in single-seaters (like the RV-3 or Jodel D.9), but many designs have similar two-seat versions (like the Jodel D.11 and RV-4). At the very least, spend loads of time at the controls with a CFI, hangar-flying the aircraft, learning the cockpit, practicing the procedures, and memorizing the checklist.

But what if it’s an aircraft you know well, but flying in an unfamiliar flight regime? In 2011, an A-10 Warthog pilot conducted a post-maintenance functional check flight requiring rare high-altitude systems tests. In the mid-altitude checks he discovered that the aircraft’s stall warning system was not functional. Still, the pilot continued the check flight into the high-altitude profile; after all, nowhere does the flight manual prohibit the pilot from continuing the test without a functional stall warning system. However, this flight was the first time this pilot had ever performed these checks up over 25,000 feet msl. 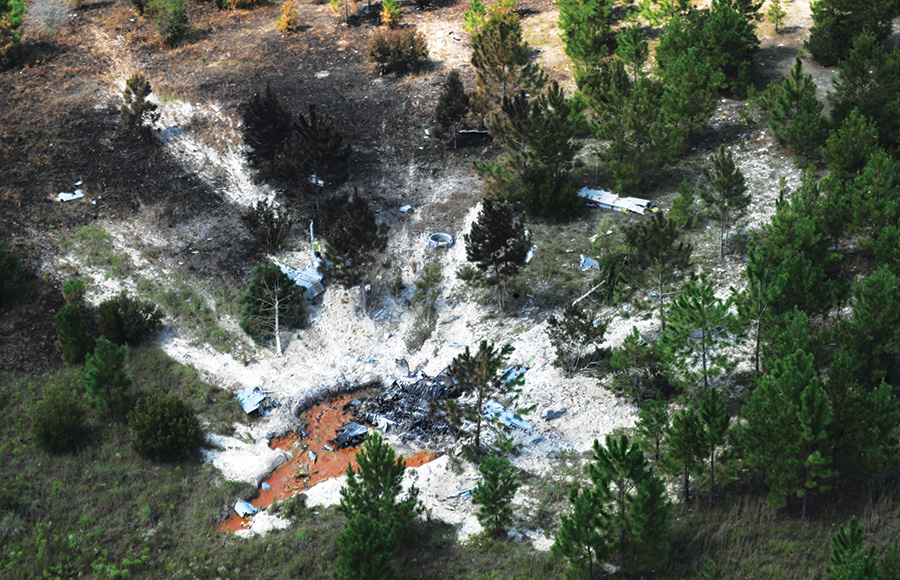 Aftermath of a 2011 A-10 functional check flight gone wrong.

At 35,000 feet, he slowed the aircraft to observe normal slat extension, but at that altitude with inoperative stall warning, the jet entered a stall. He successfully recovered from the aerodynamic stall, but both engines flamed out and seized in the thin air. He employed proper, but unsuccessful, restart procedures all the way down, then ejected successfully at minimum ejection altitude.

The A-10’s high-altitude functional check profiles are accomplished so rarely that, in fact, they weren’t even taught in the normal functional check flight (FCF) pilot training program. Thus, this pilot’s upgrade training didn’t include the 35,000-foot systems checks, and he had no experience in the intricacies and risks associated with high altitude flight without a functioning stall warning system. Along with the gap in high-altitude training and experience, the Accident Board found accident causes in the aircraft’s malfunctioning stall warning system, and the pilot’s misprioritizing a check flight checklist item over maintaining aircraft control. Basically, the Board said that if the pilot wasn’t trained for it, he should not have flown it.

As I consider this Board’s findings at zero knots/zero feet agl/one G, I’m forced to admit this realization: No matter how smart I am getting about my RV-7A and what it takes to build it (as well as my general expertise in many things aviation), I simply don’t know everything. The gap between what I think I know and what I’m sure I don’t know equals risk.

For kit builders, aviation risk starts in the garage, basement, or hangar, then extends into the wild blue. As we build and fly our own airplanes, we not only expose ourselves to the risks inherent in flying, but we also find ourselves in a pivotal position to mitigate and manage-or compound-that risk. Practice, study, patience, training, and expert supervision lead us to the dress rehearsal, setting us up for success in the shop and in the air. 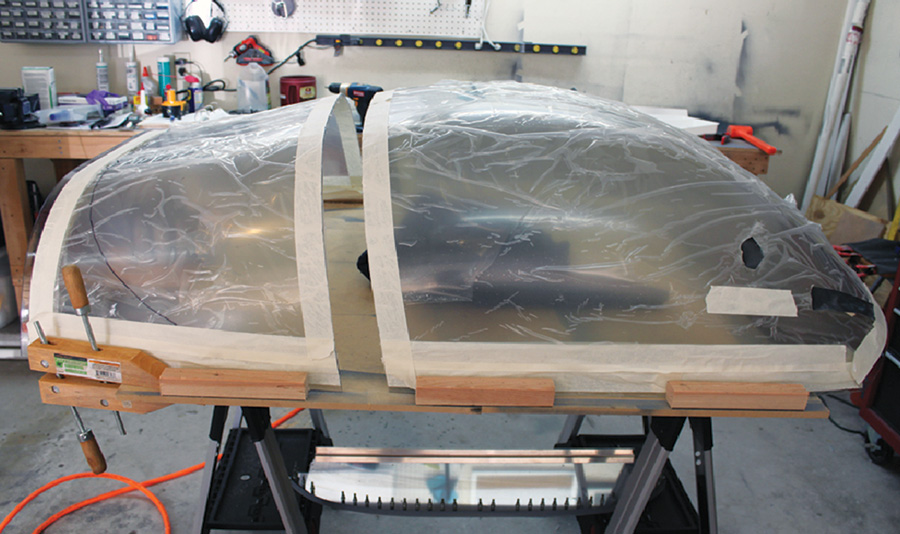