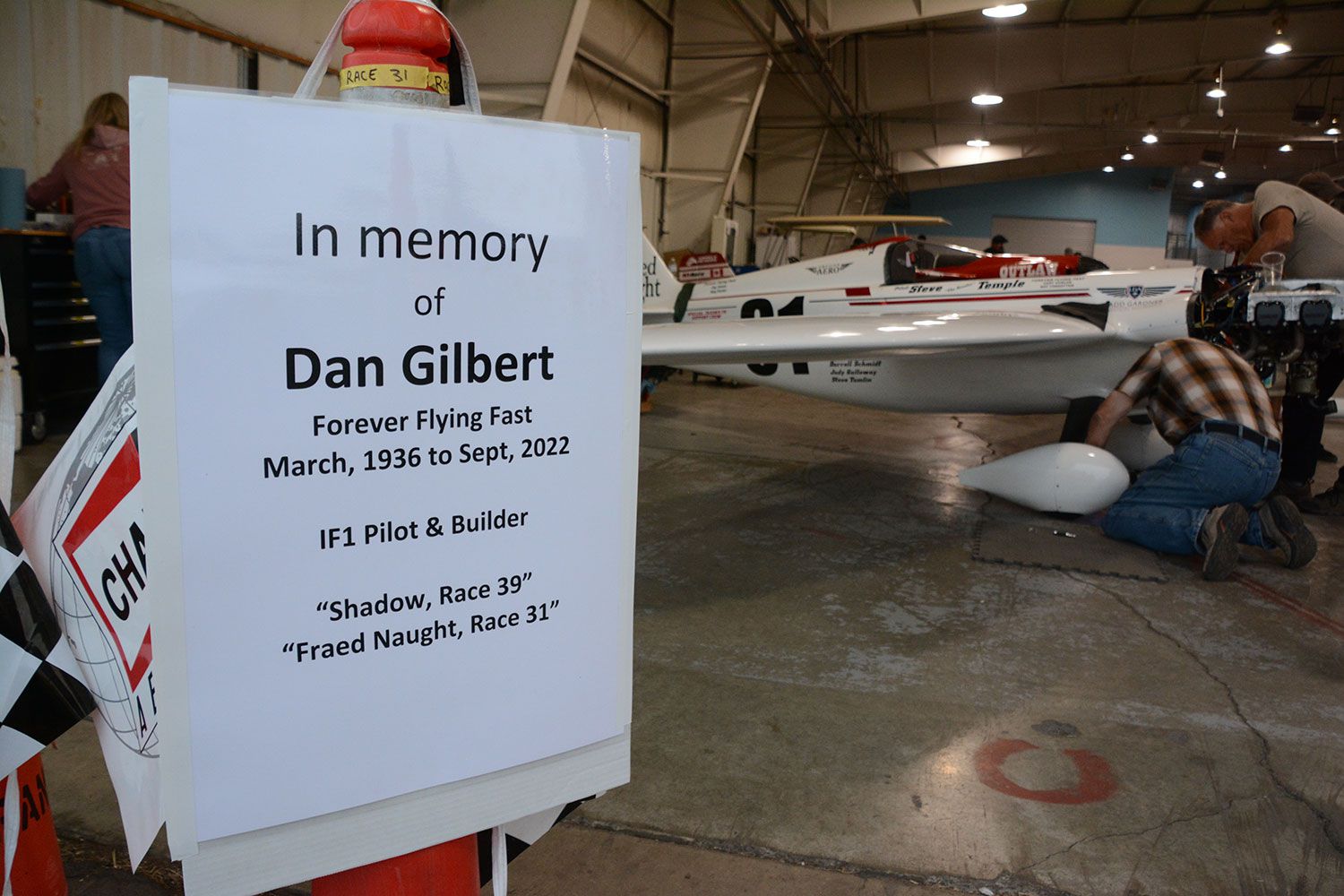 Dan Gilbert, designer and builder of current Formula One front runner Fraed Naught among others, unexpectedly passed away at home yesterday of an aneurysm.

The consummate experimental builder and racer, Gilbert remained interested long after he sold Fraed Naught to its long-time caretaker, Lowell Slatter. No sooner had Freed Naught landed from a race when the phone would ring with Gilbert wanting to know all the details.

Last year Slatter sold Fraed Naught to fellow long-time F1 pilot Steve Temple and the pair are here at Reno and doing their best to keep Fraed Naught at the front of the Gold pack. We think that’s just what Gilbert would have liked.

Mel Asberry - January 20, 2009
0
As a builder gets ready for his airworthiness inspection, he wonders if he can hire a DAR who is familiar with his design but lives in another state. And what if your airplane doesn't pass inspection?