It is always best, Ive found, to begin a spirited discussion by agreeing about what you can agree on. Those of us who build, fly and maintain Experimental/Amateur-Built aircraft can all agree that these aircraft need to be maintained well and inspected annually to reassure ourselves (and to provide the paper proof) that they are safe for flight. Thats what we call the condition inspection.

The condition inspection must be performed and documented by whoever is designated in the aircrafts operating limitations. Typically this is either the holder of the Repairman Certificate on the aircraft or a certified A&P mechanic, ideally one who is familiar with the aircraft type. Other maintenance, the rest of the year, can be performed by anyone.

What makes an E/AB aircraft passable on a condition inspection? Ah, well, this is where the discussion becomes interesting. Why? Because these aircraft do not fall under the auspices of 14 CFR Part 39. Thats the part of the regulations that deals with the rules for type-certificated or PMA (parts manufacturing authority) parts. Right there in AC 39-7C it says point-blank that Part 39 does not include E/AB airframes. Just airframes.

Move Ahead of the Firewall

Thats the airframe. Are we all still in agreement? Now lets talk powerplant and other accessories. If you have something Experimental attached to your Experimental aircraft, and especially if you installed a non-type-certificated engine or prop, you, the repairman or your A&P are the principal safety experts who determine the condition of the powerplant/prop parts, and decide when to replace them based on what is observed.

If you hang a type-certified engine and propeller on your airplane, and if you have any type-certified or PMAd accessories in it, Id like to welcome you to the gray zone. Its where I live, and, after the two months of recent challenges Ive been through, I can tell you that I am well-versed in its convoluted dogma. 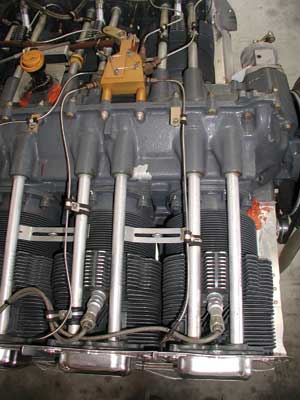 All six of the authors cylinders were replaced because they were in the affected lots.

After many conversations with FAA Safety Inspectors, FAA General Counsel and FAA personnel at the highest levels (you know, the ones residing in Washington, D.C.), I have documented that in the U.S., if it comes with a type certificate or PMA number and it flies on an aircraft with an N-number, it is an FAA certified part and is subject to all of the rules in Part 39. This means that if the FAA issues an airworthiness directive (AD) pertaining to that particular type-certified part, and you are using that type-certified part in your aircraft, you must comply with the AD. Period. The FAA said it in AC 39-7C issued in 1995; the agency reiterated it in a Memorandum from the FAA General Counsel issued in 2003. The head of the Manufacturing Inspection District Office (MIDO) for my region, Alice Surrency, agrees wholeheartedly. So does the MIDO lead safety inspector for the Dallas region. And so does the Regional Administrator for the New England Region-and her boss in Washington, D.C. So why doesn’t the one in Los Angeles concur? Or the one in Seattle? Or, for that matter, the Experimental Aircraft Association? Or (and heres where my pain began) Engine Components, Inc. (ECI)?

Thats tough to say, but I think part of the reason is wishful thinking. Case in point: My ECI B-type PMA-stamped cylinders were recalled under the expanded AD 2009-26-12 issued December 26, 2009, which went into effect February 4, 2010. The cylinders, with 170 hours and two years of service, were under warranty. No problem, right? The warranty said explicitly that the company would replace defective cylinders with new cylinders if it could not repair them. Wed tested it once already when one of our cylinders came in under the original issuance of the AD and were satisfied customers of ECI.

Interesting. But not exactly the interpretation that the FAA had published in its AC 39-7C. Many individuals in the know thought it wasn’t a bad idea. But we had bought PMAd cylinders and strapped them on a type-certified Lycoming IO-540, one that came off of a perfectly good Piper Aztec, and one that, with minor modification, could easily be resold and reinstalled on any type-certified aircraft if we chose at some point to change our powerplant to something more modern or more accepting of an alternative fuel. If we agreed the deal offered by ECI, the cylinders that were returned to us by the company would make that plan impossible-the engine would, at that point, become Experimental-only unless we wanted to buy and install new certified cylinders before the airplane was put up for sale.

Then there was the legal gray zone. Obviously, our local MIDO didn’t think the plan was legal. We know, because we asked. Why wasn’t it legal? The AD specifically states that the B-type cylinders we owned must come off of aircraft engines at 350 hours, and once they came off, they could never be reworked or reinstalled in any manner on any other aircraft for flight. That is pretty definitive, and I am confident that the FAA had not intended for ECI to rework those cylinders, grind off the PMA numbers, and redistribute them as good to fly on an Experimental aircraft.

ECI management, right to the top with President Glen Golden, insisted that this was the only fix the company would stand by. They insisted they had an AMOC for the B-type cylinders and issued a Mandatory Service Bulletin MSB-09-3, which is posted on the company web site describing the rework process (www.eci.aero). I called the MIDO in Dallas, which is in ECIs region. Interestingly enough, the kind FAA Safety Inspector on the phone said, No, they dont. I then explained what ECI management had said, and Safety Inspector Peter Hakala reiterated, No, they don’t have an AMOC for the B-types, and they cant send them back to you in any form. When I told him thats what the company was telling us to do, he said, Ill look into that. 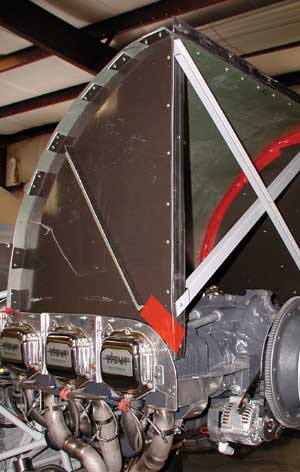 The duct constructed to cool the engine with the new cylinders on its first ground run-in.

A week later (after calling the factory and the warranty folks every day and bugging them) we were told that the FAA was on the factory floor, and that a decision would be coming forthwith on how ECI would handle the recalls. Theyd call us back. They didn’t, so we called again the next day, and, voila, Jim Passmore, the kind soul in the warranty department, let us know that wed be receiving new cylinders in exchange for the cylinders that wed sent in to ECI five weeks earlier, in compliance with the AD. Thats all wed asked for. Just the service wed received the first time around, the service we were promised in the warranty that came with the original product. We did not want to plunge deep into the murky waters of PMA parts regulation. We did not want to expose the confusion surrounding how PMA and type-certified parts are treated when attached to E/AB airframes. Really, I could have done without the heartburn.

What Are You to Do?

How do the repairman, the A&P and the owner of an E/AB aircraft handle issues of ADs when an aircraft is brought in for a condition inspection? The FAA says these must be complied with in the manner set forth in either the AD or via an FAA/manufacturer agreed upon and documented AMOC. The EAA says address them. To me, that is the EAA making the kit builder the manufacturer of that type-certified or PMAd part. But the builder didn’t manufacture the defective magneto or cylinder head, so how can it be that the builder must devise his own AMOC for them?

The A&P or the repairman can sign off any Experimental aircraft condition inspection even if there are parts on the aircraft that have not been modified in compliance with ADs. To do that he simply makes the logbook entry, noting the condition inspection is complete with discrepancies. The mechanic or repairman then provides the owner/operator of the aircraft with a separate list (not in the logbook) of non-compliance discrepancies, and advises that the aircraft is in a safe condition except for the noted discrepancies. The wise repairman or mechanic will want to keep a copy of this list, too. This places the onus (and liability) to comply with or address the ADs back where it belongs, on the owner/operator of the aircraft, which is exactly where it should be, in accordance with the FAAs regulations.

Heres the burning question from all of this, at least in my mind: Is the FAA out to police Experimental aircraft owners maintenance paperwork, looking for non-compliance with ADs? I have been told, discreetly, from the highest levels, that the government really isn’t interested in the job. The EAA has been continuously asking the FAA to clarify its position on the subject, and wants the Memorandum from General Counsel written in 2003 to be changed. That is the good news.

Most E/AB aircraft builders, owners and operators are members of a responsible tribe who can self-police with the best. The EAA typically provides terrific support through its network of technical advisors and counselors, most of whom are individuals with common sense, and the result is that the ever-growing community of Experimental aircraft doesn’t require excessive policing by the FAA.

It makes sense. We build and fly these aircraft, and we should be responsible for maintaining them properly. What makes them safe to fly, and how we keep the paperwork together to prove that, is still, for the moment, our call. My advice? Research the requirements well before deciding how to handle it. 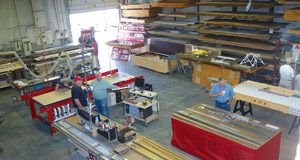 Mel Asberry - November 16, 2009
0
Can a builder modify a Vans RV-12 kit under the 51% rule? How about changing the gross weight of a RANS S-7? Plus, the FAA releases revised homebuilding rules.