Thorough readers of the August issue will have noted that changes were afoot at the editorial offices of this magazine, and this month they come to fruition. Former Editor-in-Chief Marc Cook assumes his new position as Editor at Large, and in his new "Viewfinder" column he follows up on the activities of George Happ, whose Rotax 914-powered RANS S-19 was the May 2011 cover story. We’re delighted that he is able to continue contributing to the magazine. Abby Ventzke joins the editorial crew as Associate Editor, bringing with her experience from a long stint at Plane & Pilot magazine as well as various motorcycle titles.

For all of the change that is happening, much will stay the same. We are proud of what we have been able to achieve over the last several years, and what isn’t broken doesn’t need fixing. We will continue striving to bring you relevant, tightly focused, useful and perhaps even entertaining articles and news. That being said, we are always on the lookout for ways to improve the magazine. To that end, we are developing some new series that will appear toward the end of this year or at the beginning of 2012. It’s not time to let the cat out of the bag just yet, but upon first review it looks to be good stuff.

So…on to the current issue. This month we double down on a couple of themes, old and new. Ed Wischmeyer’s article on the Stolp Starduster SA-300 details what it’s like to fly the classic two-place design, while Scott Spangler’s article on the single-seat SA-100 describes what it takes to get a neglected beauty back into shape for flying. Both plansbuilt aircraft became award-winners, by the way.

The Fifth Annual Electric Aircraft Symposium has come and gone, and Dean Sigler was there to report on the happenings. You can read an account in his "Alternative Energies" column. By happy coincidence, "Down to Earth" columnist Amy Laboda chose to write about the Solar Impulse project, which had just reached the Paris Air Show as this issue goes to press. An online video stream of the trip made it all that much more exciting to follow.

This month we also begin a new series on building a Lancair Turbine Evolution. I know what some of you may be thinking…. Yes, the sophisticated kit aircraft began its life with a factory builder-assistance program, but this meticulous and determined builder is taking it from there. In the first installment, we look at what led to his decision to pursue this particular project.

You may also notice the absence of "Engine Beat." It is being replaced by an every-other-month feature penned by Marc, addressing engines and ancillary products. Meanwhile, former EB columnist and A&P Steve Ells is preparing a new column that will discuss maintenance issues including rights, responsibilities and techniques that will help owners keep their homebuilts in tip-top shape.

Lastly, we owe an apology to Randy Owen, whose text for "Completions" ran in the July issue with a photo of Phil Owens’ airplane. Two Owens, two Zeniths, one mix-up. At any rate, a photo of Phil Owens’ Zenith CH 801 appears again this month, this time accompanied by the correct text, and below is Randy Owen’s Zenith CH 701, which should have appeared in July. Congratulations to both. 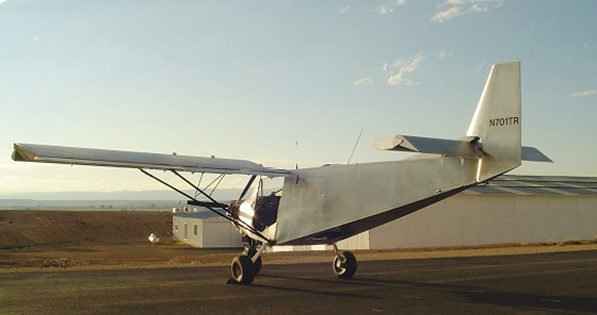