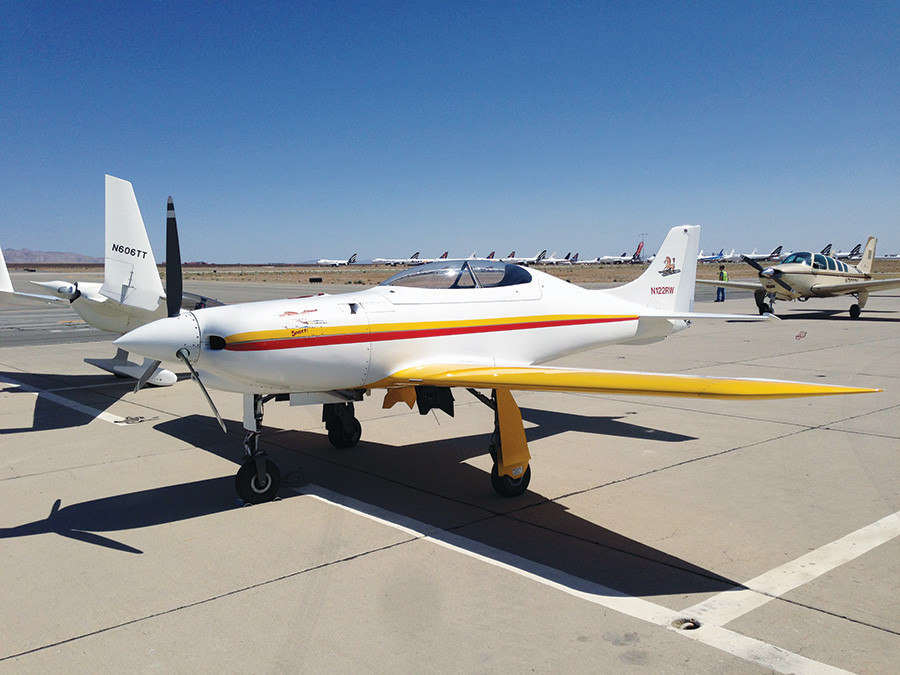 When I was a sophomore studying mechanical engineering in upstate New York, I was working as a line boy for Fortune Air at the Schenectady airport. Flight ops were pretty limited and the business was struggling, but it introduced me to Bill Zaleski, an instructor on the field who ended up giving me my complex endorsement. I had grown up around gear handles, but they had always given me the creeps. The thought of a lever that would destroy the airplane if improperly actuated terrified me, and seeing it on the panel would sometimes give me a chill, that proximity of doom thing, sort of like standing at the edge of a tall building.

When I got my first job that included flying for a living, I was again visited by this response. The night before I was to fly as test engineer in the Proteus for the first time, I was sitting in the airplane late at night going through checklists, and that gear switch sat like a teasing serpent on the panel. The thought that I could accidently throw that switch and terrible things would happen, both to me and to others, prompted that same physical response: a chill. The logical side of me said, well you wouldn’t do that because you are smart and thoughtful, and another side said, yeah but things happen every day.

A little while later I was sitting in that same seat on a revenue test flight for a customer. Jeff Holle and I were working through the customer’s checklist; I was very new at this, and I was nervous. Switch A, wait ten seconds, Switch B…I looked down at switch C, the wrong switch. There is a structure of risk mitigation that supports one’s confidence during this type of work. Layer upon layer of logic that all add up to “I will know what to do next,” and if not, then there is a backup and then another backup. The structure is immense and far reaching, and yet there was nothing in there that said what to do for this particular failure. The result was sheer terror. The risks to the payload, vehicle, the safety of the crew, not to mention my career came in with a rush of blood that flushed my face. 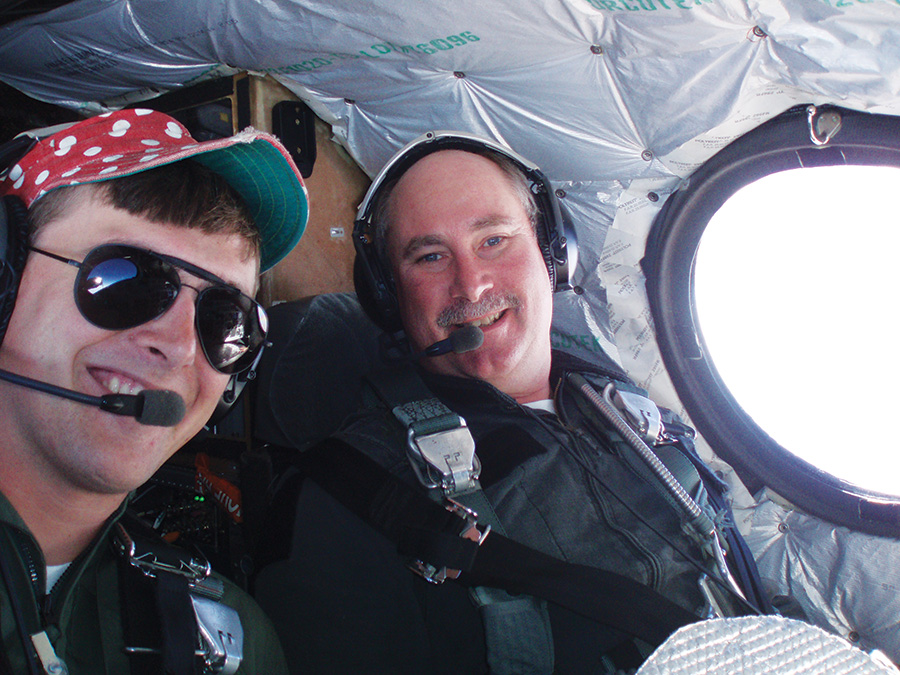 “Scaled base, Scat 17, I selected switch C instead of B, how would you like us to proceed?” It ended up OK, the result was a minute or so delay there in the chocks, but the lesson is one that stuck with me. As time has passed and I have flown more airplanes on more types of missions, I have gotten more sure of myself, and that confidence has taken some of the emotions that can cloud a cockpit. It’s a reinforcement of that structure of mitigations and justifications with the best type of justification—examples of times when I have performed and the results were good. 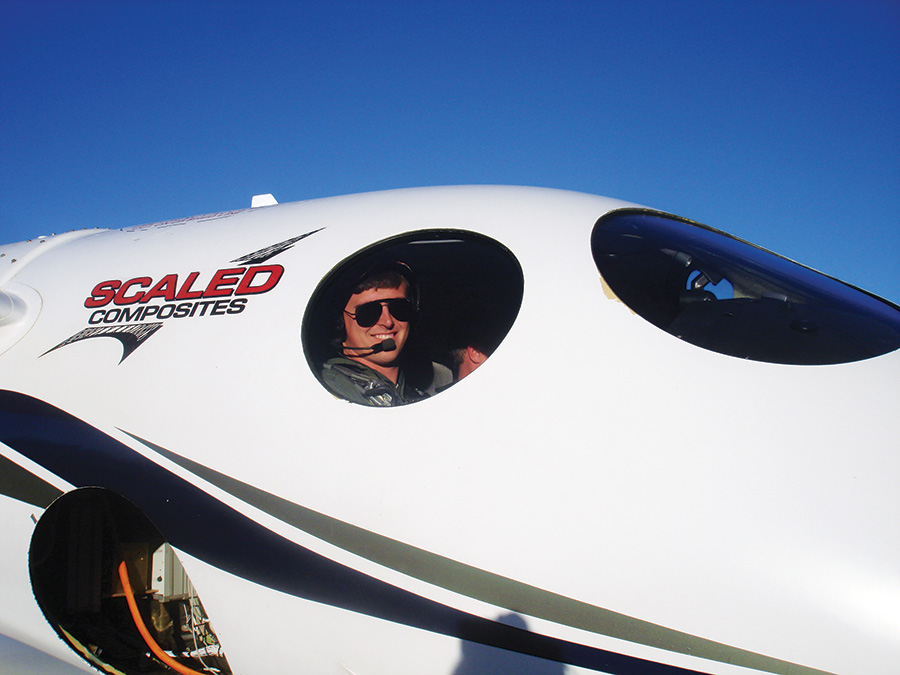 Over the past couple months, I have been deliberately challenging myself in order to prepare for a particularly hard series of flights, a job interview. Based on what little I have learned about testing airplanes over my career, I knew the best thing I could do was reacquaint myself with the edge of my comfort band, the assumption being this interview would be designed specifically to put me in that spot, and I wanted to practice flying while clouded by those things. I did three things to achieve this:

The result was a whole bunch of awesome flying in awesome airplanes, and my first case when that gear switch nightmare finally came true.

Ralph Wise and I were flying his GT-400, a 330-mph, 520-powered, complex, one-off Experimental aircraft. I was the first person to fly the front seat of the GT besides Ralph, and the responsibility was something I took very seriously. It was the second time I had flown the airplane, and Ralph and I were working out how he liked the initial and associated traffic pattern flown in his airplane. 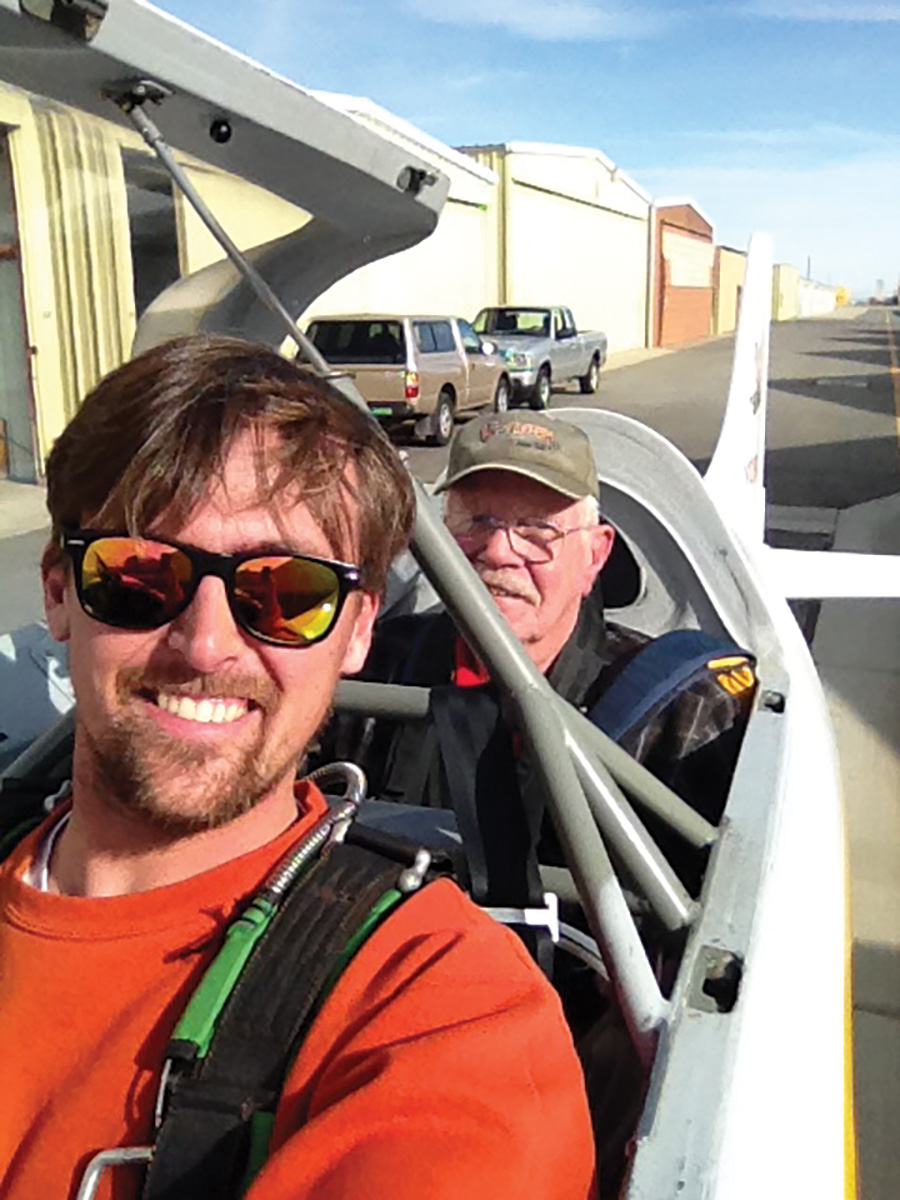 We came over the airport at 250 mph and 4000 feet. I noticed the pitch forces were lighter than I had remembered them being at similar speeds earlier in the flight, but we were busy so the thought didn’t stay long. I pitched out, checked airspeed at 150, and told Ralph I was going to extend the landing gear. Ralph made a noise that indicated he didn’t like that idea, so I waited, and I got nervous. Last I saw was 100 mph (VS 95), I was very nervous the airplane was going to stall at that low altitude, and I couldn’t wait any longer, so I extended the gear, added power, and dumped the nose. The GT-400 has two airspeed indicators in the front seat, a multi-turn type, and a digital readout on the Dynon. The gauges are literally an inch apart. In the back seat Ralph had a simple single-turn gauge. The problem with a count-up airspeed indicator is you can get off count by 100 mph. This had been the problem; it turned out that my initial had been 350 mph not 250 mph (why the forces were different than expected). And when I thought I extended the landing gear at 100 mph I was actually extending the gear at 200 mph, 40 mph over VLE. I knew there was a problem with airspeed indication and though I was tunneled in on the gauge I couldn’t figure it out. All this and the answer (the digital gauge) was literally an inch away from where I was focused. The realization was terrible and though inspection found no problems with the airplane it took several days for my ego to recover. 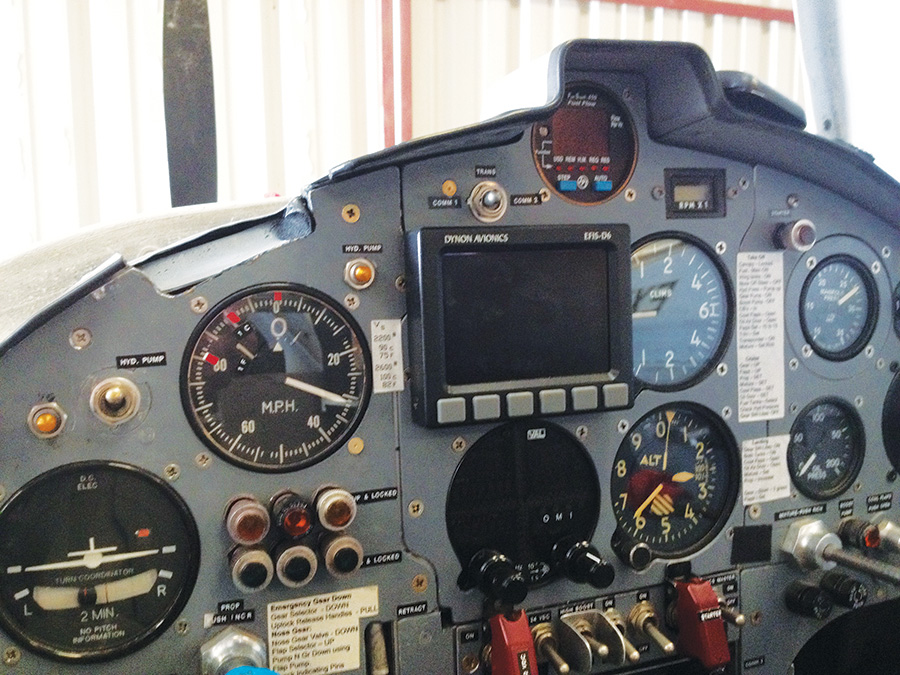 Panel of the GT-400 with the count-up airspeed indicator and Dynon.

A week or so later I scheduled an instrument proficiency check with Dick Rutan. Dick is a master test pilot and a friend, so I hoped he could help me push my limits and simulate the upcoming high-stakes interview. During our lunch and ground instruction session the topic of “panic ceiling” came up. Panic ceiling is something that Dick uses to describe that moment when you are off the script, when you find yourself tumbling through space and time towards certain demise and none of the tools available seem to be working. Dick says, “When I panic I fixate so I pull my head back and away from the panel to broaden my perspective; I take a deep breath, which oxygenates the blood. The goal is to help myself quit fixating long enough to see the other pieces of the puzzle and figure out what is actually going on, and therefore what is the next move.” 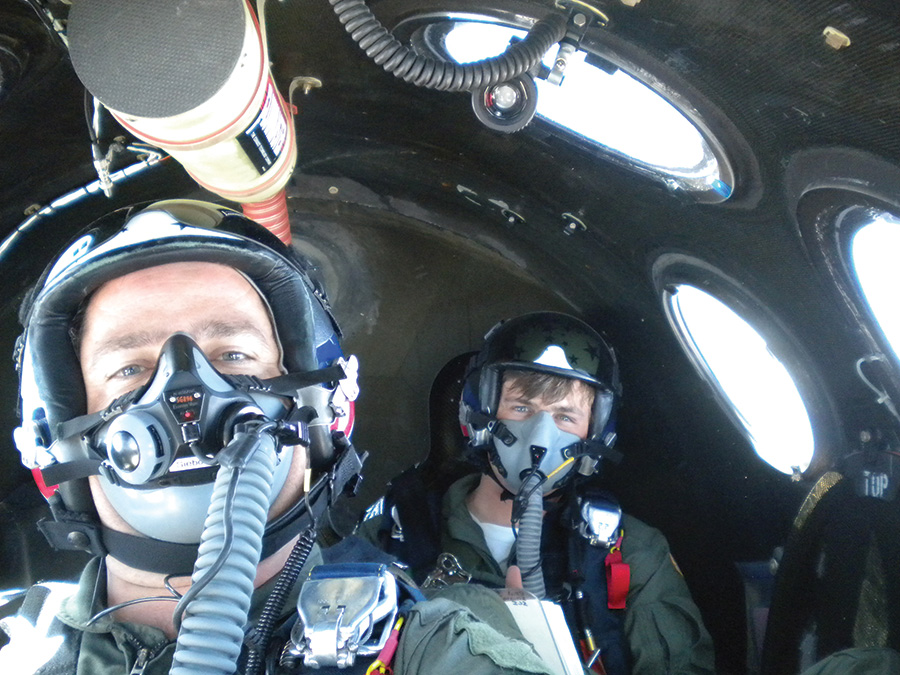 Bruce Lockwood says we are born with a bag of luck and a bag of experience. The bag of experience is empty and the bag of luck has some in it. The trick is to get enough experience in the bag to support yourself before you reach for luck and there isn’t any there. In the case of the GT and Proteus, I traded luck to learn that just as a pilot monitors the instruments, the pilot needs to monitor his own ability to operate the vehicle at every given moment and adjust accordingly. We all have an edge to what we can handle. As valuable as it is to move that threshold out, it is probably more valuable to quickly recognize that you have reached it and have a logical series of steps to get you out. This is good work we do—cold and unforgiving—but good.

Barnaby Wainfan - February 18, 2013
0
One effect of a rotating propellor: It acts as a gyroscope. What does this mean for the pilot?