The Third Annual Electric Aircraft Symposium will convene on Friday, April 24 at the Hiller Aviation Museum in San Carlos, California (11 miles south of San Francisco International Airport). Among other core topics is the Obama Administrations potential role in the realization of the future of Green vehicles. Tech experts will also discuss topics such as electric propulsion, next-gen batteries of 10X power, super-efficient aerodynamics, automated flight paths, funding Green industry growth and global imperatives for clean, renewable energy. Limited seating is reserved in the order the registrations are received. The $249 tuition for the one-day session includes snack breaks, and the networking lunch and dinner.For more information, visit The CAFE Foundation.In case you missed it, here is Bob Fritz’s report on the 2008 symposium posted last summer.The electric airplane: Whats the future hold, and how do we make it happen? That was the theme of the 2008 Electric Aircraft Symposium held on April 23 near the San Francisco Airport. KITPLANES was honored to be among the 60 participants from MIT, Stanford, NASA Langley, Boeing Phantom Works and as far away as Slovenia. The importance of the event was recognized by the presence of several TV stations as well as the the British Broadcasting Company. The CAFE Foundation of Santa Rosa, California, led by Brien Seeley, both sponsored the meeting and led off with the announcement of The General Aviation Technology Challenge with prizes totaling $300,000 for aircraft excelling in categories ranging from minimum impact on the environment to low-noise. There’s more information and rules about the GAT challenge at the CAFE Foundation.But with a room full of scientists, the real excitement was generated by the discussions of advances in technology that make non-gasoline engines a strongly viable prospect for the near future. Indeed, Pipistrel of Slovenia announced its battery-powered, self-launching motorglider. Imagine climbing to 6000 feet in a side-by-side seating, two-place aircraft on only 70 cents worth of electricity, soaring at a 40:1 glide ratio, and then recharging in less than 2 hours.That was followed by a discussion of lithium-ion batteries built not of solid material, but of microfibers. This would allow energy densities two to three times what we currently have. Apply that to the new Pipistrel, and you have an aircraft with a 6-hour range at 90 knots. The presenter, Dr. Yi Cui of Stanford, stated that this is not more than two to three years from commercialization. What uses that power was also under development. Forget those heavy, iron-frame motors on the workbench. Alan Cocconi showed a zero-iron motor that looks more like a carbon-fiber bicycle wheel and operates at 99% efficiency.Greg Cole of Lancair showed the Goshawk, an under-development aircraft that should cruise at 115 knots on 21 horsepower.Also shown were lightweight, bio-diesel engines that turn at 7000 rpm, wing flaps of only 1% of the wing chord, wingtip props that absorb the energy lost in vortices, wings with internal bladders to alter the shape of the wing for different flight regimes, radically different propeller shapes, hydrogen fuel cells, hybrid power systems akin to those used in autos, and what looked like a jet engine that runs off the turbulence left in the wake of the fuselage.For the mechanically minded, this: an engine with two propellers and one double-ended piston as its only moving parts (top photo). Talk about a gee-whiz display.The flight testing of these technologies has been limited to LSA platforms because of the simplicity and cost of the aircraft. There was significant discussion, though, on the ability of technologies, such as higher L/D wings to be used in flight with automated wing configuration changes for low-speed landings. This would allow an aircraft to exceed the LSA limit of 120 knots cruise, land within the 45 knots stall speed requirement, and do it economically.If such were available, it would not increase the pilot workload, thereby staying within the spirit of the LSA mandate. Getting the rules changed is an entirely different matter, of course. For this to come about, the FAA would have to alter the LSA definition, but with increasing pressure to come up with low-environmental-impact transportation, this might not be difficult.Seminars discussing the cutting edge are usually fascinating, but rarely relevant to the near future. This time, though, the increasingly popular automotive technology of hybridization is making this all the nearer to reality. It was shown that propeller aircraft using a combination of electricity for quiet takeoff and bio-fuels for cruise speed are possible right now. And with predictions of automotive fuel costs of $7 per gallon within the next four years, this will be not just a green alternative, but perhaps the only alternative.The message was clear: If were to keep flying, how we do so will radically change in the next few years. A full report with photos of all these new technologies will be in an upcoming issue of KITPLANES. 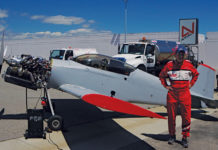 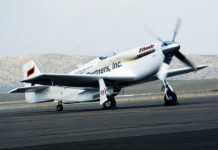 Twilight of a God 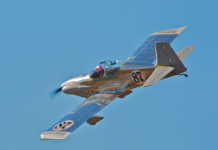 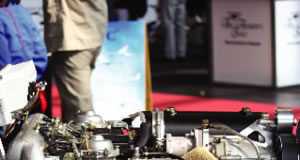 Rick Lindstrom - January 18, 2013
1
Building a 55%-scale, amphibious twin-engine flying boat seems like an ambitious project, and it is. But this former WW-II B-25 commander with four homebuilt aircraft already under his belt tackled it anyway. By Rick Lindstrom.